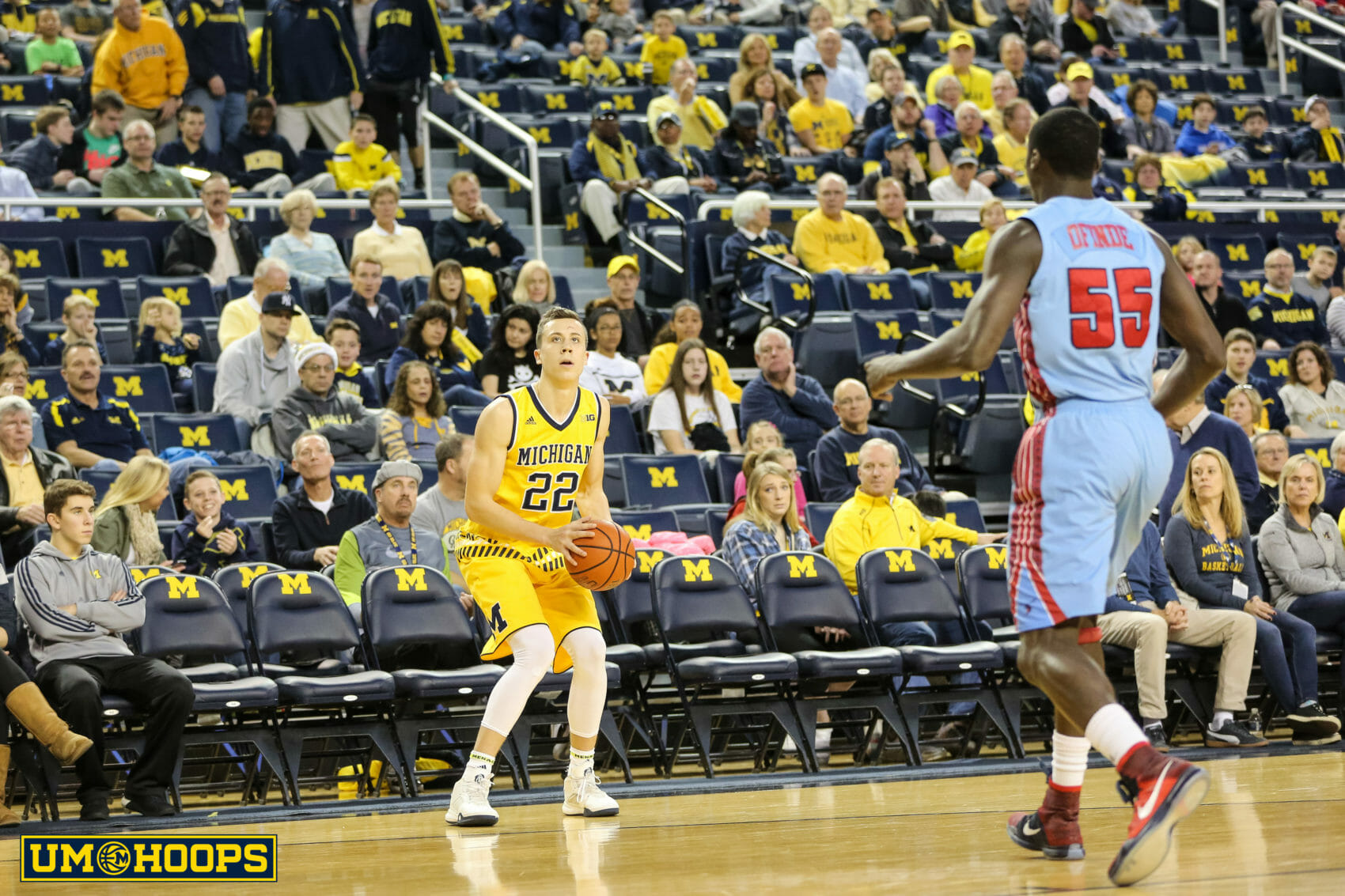 Michigan cruised by Delaware State in what will likely be its easiest win of the season. The Wolverines led from wire-to-wire and knocked off the Hornets by a final score of 80-33.

Michigan cruised by Delaware State in what will likely be its easiest win of the season. The Wolverines led from wire-to-wire and knocked off the Hornets by a final score of 80-33.

Delaware State’s 33 points were tied for the fewest scored by a Division I team this year, and that was a generous total considering the Hornets made four of their last five field goals in garbage time. While there was little to complain about with Michigan’s defense, the meager offensive output is more of an indictment of Delaware State’s offense than an endorsement of improved Wolverine defense.

The Wolverines led 29-18 with four minutes to play in the first half and would go on to outscore Delaware State 42-5 over the next 20 minutes of play.

Either way, the Wolverines will be happy to pick up an easy victory after a tumultuous week that featured a blowout loss at SMU, the end of Spike Albrecht’s career, another game without starting point guard Derrick Walton and a new ankle injury for DJ Wilson (Beilein update here).

Michigan had six players in double figures — all of whom shot better than 50% from the field — for the first time since 2002. The Wolverine offense was met with little opposition as it shot 62% on twos and 41% on threes for a 61 effective field goal percentage. Just shy of three quarters of Michigan’s field goal makes were assisted and it dominated in peripheral statistics like points in the paint (36-10), off of turnovers (22-6) and fast break (8-0).

Defensively, Michigan packed it in and dared the Hornets to shoot from the perimeter. Delaware State obliged and shot about as well as you would expect from one of the worst shooting teams in the country. The Hornets made 28% of their twos and 19% of their threes for a 28 effective field goal percentage. Michigan did its part to clean up the defensive glass, rebounding 83% of DSU’s misses, and also forced turnovers on a quarter of the Hornets’ possessions.

This was the second best per-possession defensive performance of the year against a Division I team, but it’s hard to pat Michigan on the back too much given that this is presumably the worst team that it will play this season.

Michigan is back in action on Tuesday night at the Crisler Center to host Northern Kentucky, another opponent that has yet to pick up a win over a Division I team this season.