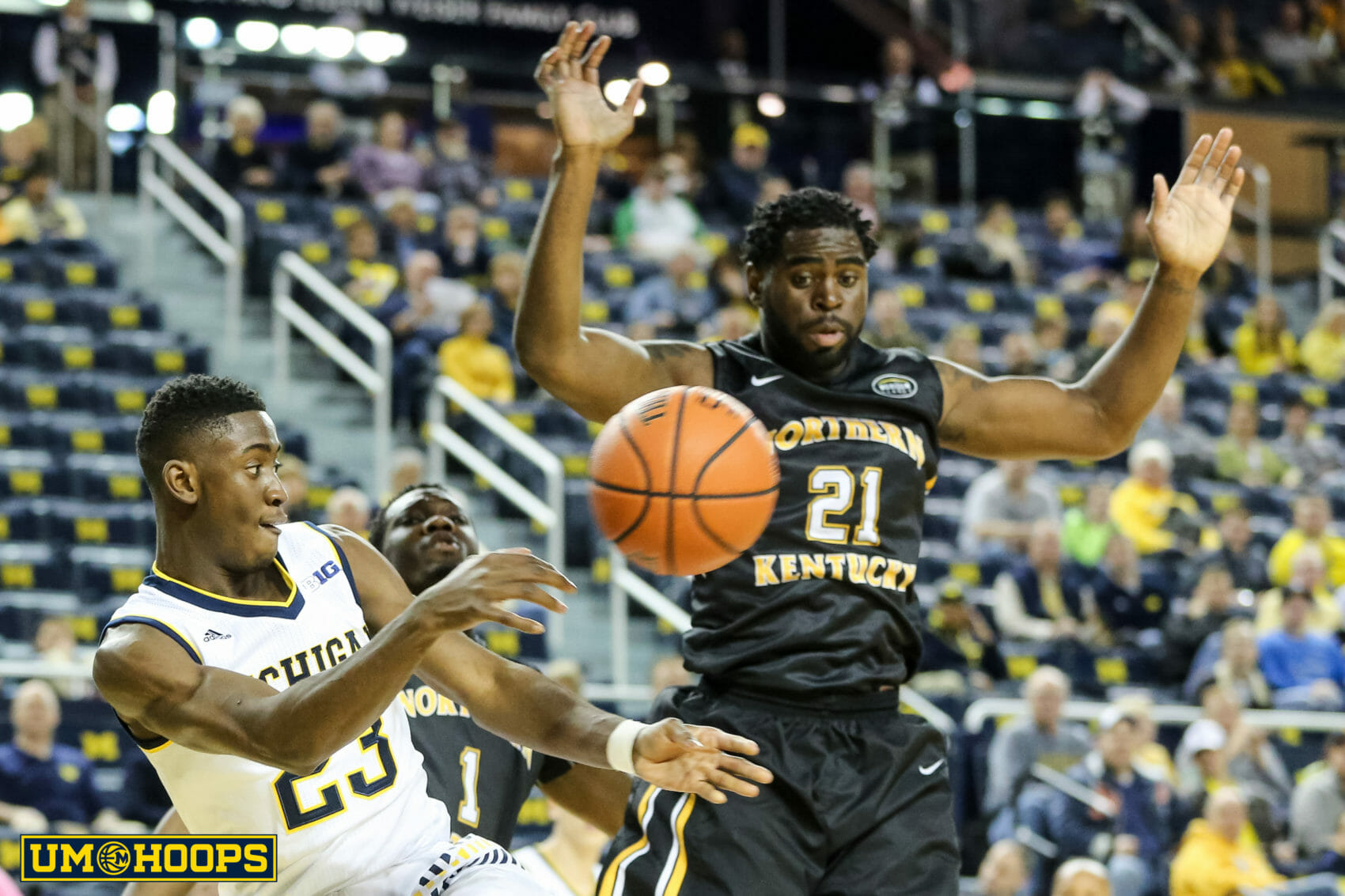 The result wasn’t the highlight however, as senior guard Caris LeVert hit two Michigan milestones, Derrick Walton returned from injury and the Wolverines scorched the nets in an easy offensive performance.

MVP: Caris LeVert. Duncan Robinson’s 18 points in the first half and Derrick Walton Jr.’s 10 in the second half are impressive, but LeVert had the most complete game of anyone on the court. He became the 49th Wolverine to reach the 1,000-point mark in his career within the opening minute, then kept Michigan rolling with a cool 13 points, 10 rebounds and 10 assists, becoming the first Wolverine to record a triple-double since Darius Morris in 2011 and just the fourth in school history.

It was over when… Though Michigan’s offense clicked from start to finish, its suspect defense allowed the Norse to hang around in the first half. The Wolverines led by just nine points at the break and looked vulnerable at times. A 14-4 Michigan run led by LeVert and Walton to open the second half, however, put Northern Kentucky on its heels, and the game was all Wolverines from there.

Michigan racked up 1.39 points per possession in the first half, using Duncan Robinson’s smooth stroke and good ball movement to outpace an inspired Northern Kentucky team and avoid going on upset alert. Duncan Robinson hit 6-of-7 threes and when there’s a player on the floor shooting the ball like that, everything else just starts to click.

Room For Improvement: First Half Defense

Michigan tightened up defensively in the first half, but the Norse picked apart the Wolverine defense in the opening 20 minutes. Northern Kentucky scored 1.09 points per trip in the opening twenty minutes and picked Michigan apart inside and out. The Wolverines still gave up far too many easy baskets around the rim both off the bounce and to talented 6-foot-6 post man Jalen Billups who had 16 points on 11 shot attempts.