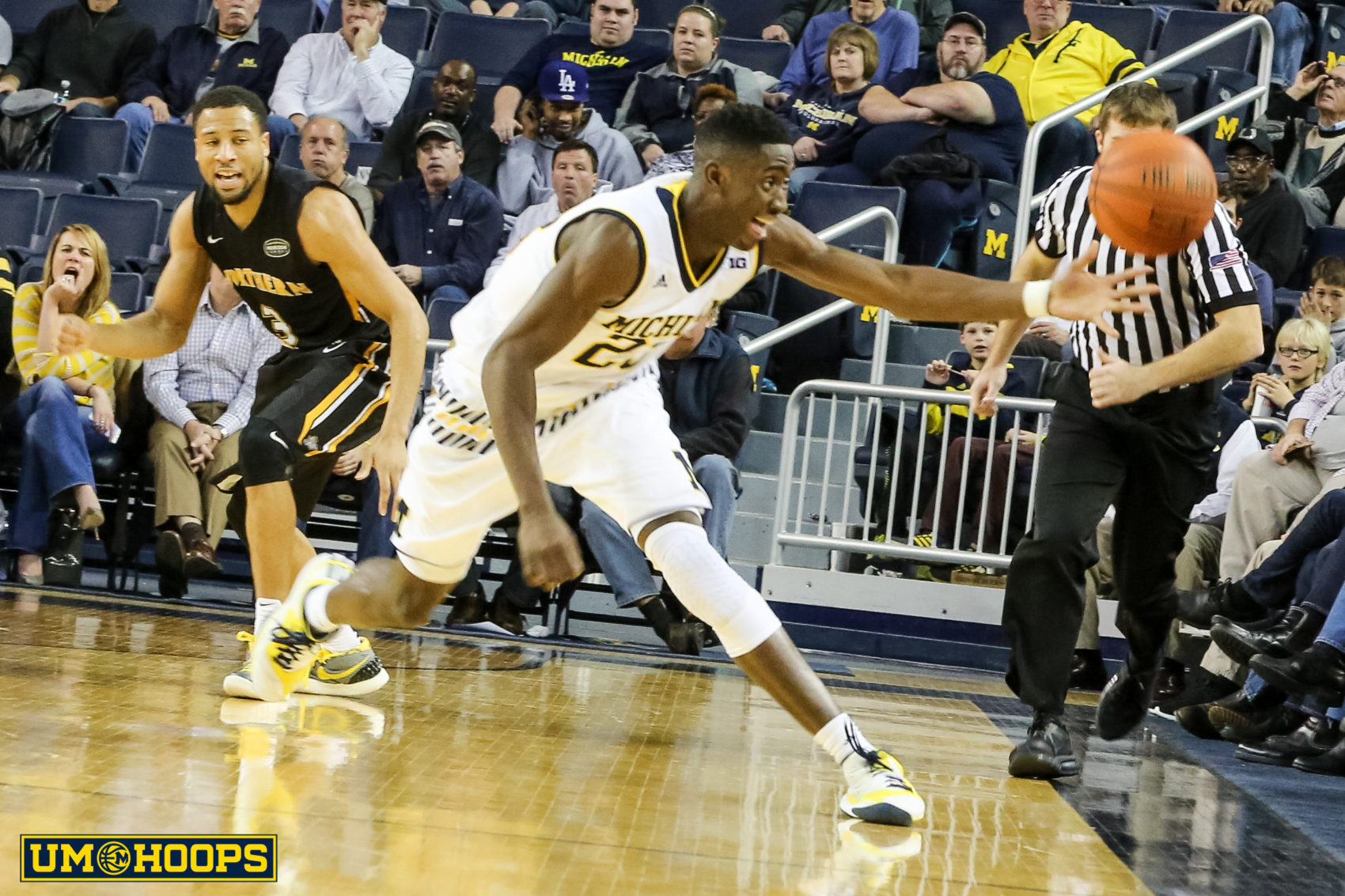 A week after a demoralizing drubbing in Dallas, there was plenty to feel good about in Michigan’s easy 77-62 win over Northern Kentucky on Tuesday night.

A week after a demoralizing drubbing in Dallas, there was plenty to feel good about in Michigan’s easy 77-62 win over Northern Kentucky on Tuesday night.

Derrick Walton returned from injury and scored 16 points, Duncan Robinson knocked down six first half threes, and Caris LeVert reached 1,000 career points on Michigan’s first scoring possession and recorded a triple-double on its last basket of the night.

There’s only so much that can be learned from these December guarantee games, but we’re certainly seeing John Beilein start to whittle his rotation. Michigan’s presumed Big Ten starting lineup — Derrick Walton, Caris LeVert, Duncan Robinson, Zak Irvin and Ricky Doyle — recorded its first start together this season and all five played significant minutes. The only two bench players to log double-digit minutes were Muhammad-Ali Abdur-Rahkman and Mark Donnal.

It might not always be fun, but we’re starting to understand Michigan’s identity. The Wolverines have a roster that’s designed to outscore people and when everything is clicking, it’s hard to keep up.

The Wolverines were on fire out of the gate and their final tally of 1.21 points per possession was dampened by a few sloppy stretches in the final 10 minutes of the game. Five Wolverines reached double figures and all four of the five shot better than 50% from the floor. That hot shooting was in large part to shot selection. 45% of Michigan’s shot attempts were at the rim (it made 17 of 24 layup attempts) and a third were from long distance where it connected at a 44% clip (Duncan Robinson had 6 of Michigan’s 8 three-point makes). The Wolverines also got to the free throw line 18 times in the comprehensive offensive performance.

The defensive warts were still on full display. Over half way through the first half, Michigan was scoring a ridiculous 1.73 points per trip, but it was allowing NKU to stay in the game by scoring 1.19 points per trip. The Norse are a good shooting team that know how to get good shots (they have strong 2-point shooting numbers on both end of the floor), but there were still far too many examples of the same problems: easy dribble penetration, blown switches leading to open threes and frustrating buckets at the rim.

Michigan was two-points away from covering the KenPom spread (79-61) in an otherwise routine performance. The Wolverines will have another tune up on Saturday evening against a Youngstown State team that’s rated similarly to Northern Kentucky before wrapping up the non-conference season against Bryant.