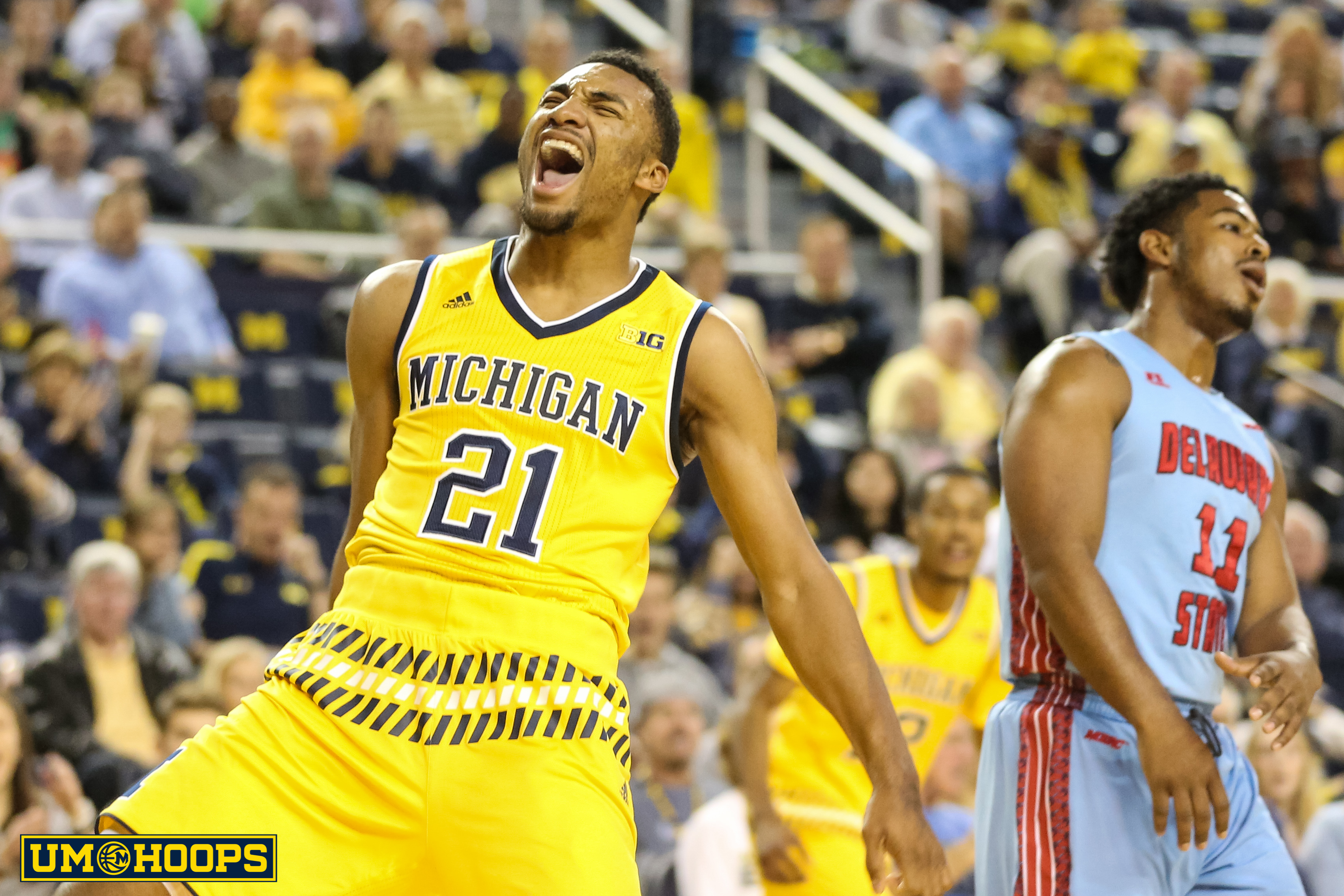 With lesser opponents and more rest between games, the Wolverines have an opportunity to tie up loose ends before Big Ten play.

It’s no secret that the Michigan basketball team is entering a lull in its season.

After playing NCAA Tournament regulars Xavier, UConn, Texas, North Carolina State and SMU (along with games against Charlotte and Houston Baptist) in a span of 19 days, the Wolverines get a break.

Michigan is now in a stretch where it faces Delaware State, Northern Kentucky, Youngstown State and Bryant in an 18-day stretch. According to KenPom, the Wolverines have an 87.5-percent chance of rolling through the stretch undefeated.

Avoiding upsets is still a priority — as Michigan is well aware of after last season — but with lesser opponents and more rest between games, the Wolverines have an opportunity to tie up loose ends before Big Ten play.

“We have taken a good look at our team, seen our strengths, seen our weaknesses and tried to adjust accordingly,” said Michigan coach John Beilein. “We still have a lot of weaknesses, but we certainly have some strengths so I think we can continue to probe a little bit at who we are and try to establish that identity as we go into the Big Ten.”

Michigan could use the reset button, too. So far, the season hasn’t gone according to plan. Junior forward Zak Irvin was slow to recover from offseason back surgery, and is still shooting just 18 percent from 3-point range.

“We haven’t been able to do a lot of free shooting with him like we’d like to,” Beilein admitted.

Beyond Irvin, Derrick Walton Jr. showed promise in early games, but has missed the last two weeks with an ankle sprain. Senior guard and team leader Spike Albrecht retired due to nagging injuries, and every other player, even All-American candidate and senior guard Caris LeVert, has had at least one off game.

But just as the season hasn’t gone according to plan, it hasn’t fallen off the tracks, either. Michigan’s three losses have all come against top-25 teams, with only one at home, and the Wolverines showed plenty of potential in every other game.

At 7-3 with plenty of winnable games on the horizon, Michigan can take what it learned from the losses, practice them and apply them in a lower-pressure environment.

“We’ve just got to take what we’ve learned from our losses into the games we play (this month),” Irvin said.

Beilein noted Monday afternoon that the biggest lesson learned is rebounding. Michigan currently ranks 316th in the country in offensive rebounding rate, but the greater concern is on the defensive end. The Wolverines are ranked 145th in defensive rebound rate and allowed Xavier, UConn and SMU to rebound a combined 43% of their misses in their three losses this season.

According to Beilein, size isn’t the issue, it’s instinct.

Right now, Michigan’s top rebounders are guards. Derrick Walton leads the Wolverines in defensive rebounding rate, but Zak Irvin has also emerged as a plus-rebounder. Irvin reeled in a team-high eight rebounds on Saturday, and looks to work with the struggling big men on developing the rebounding instinct.

“It’s just a mentality,” Irvin said. “You’ve got to want the ball more than the other opponent and go after it.”

Whether it’s shooting, rebounding, or anything in between, Michigan has loose ends to tie up. Fortunately for the Wolverines, they now have the luxury of time to find the finished product.

“I just think we’ve seen in the games that we’ve lost that when adversity hits … we kind of crumble and we don’t stay together,” Irvin said. “That’s something we’ve been working on, just stay together and play a full 40 minutes together.”