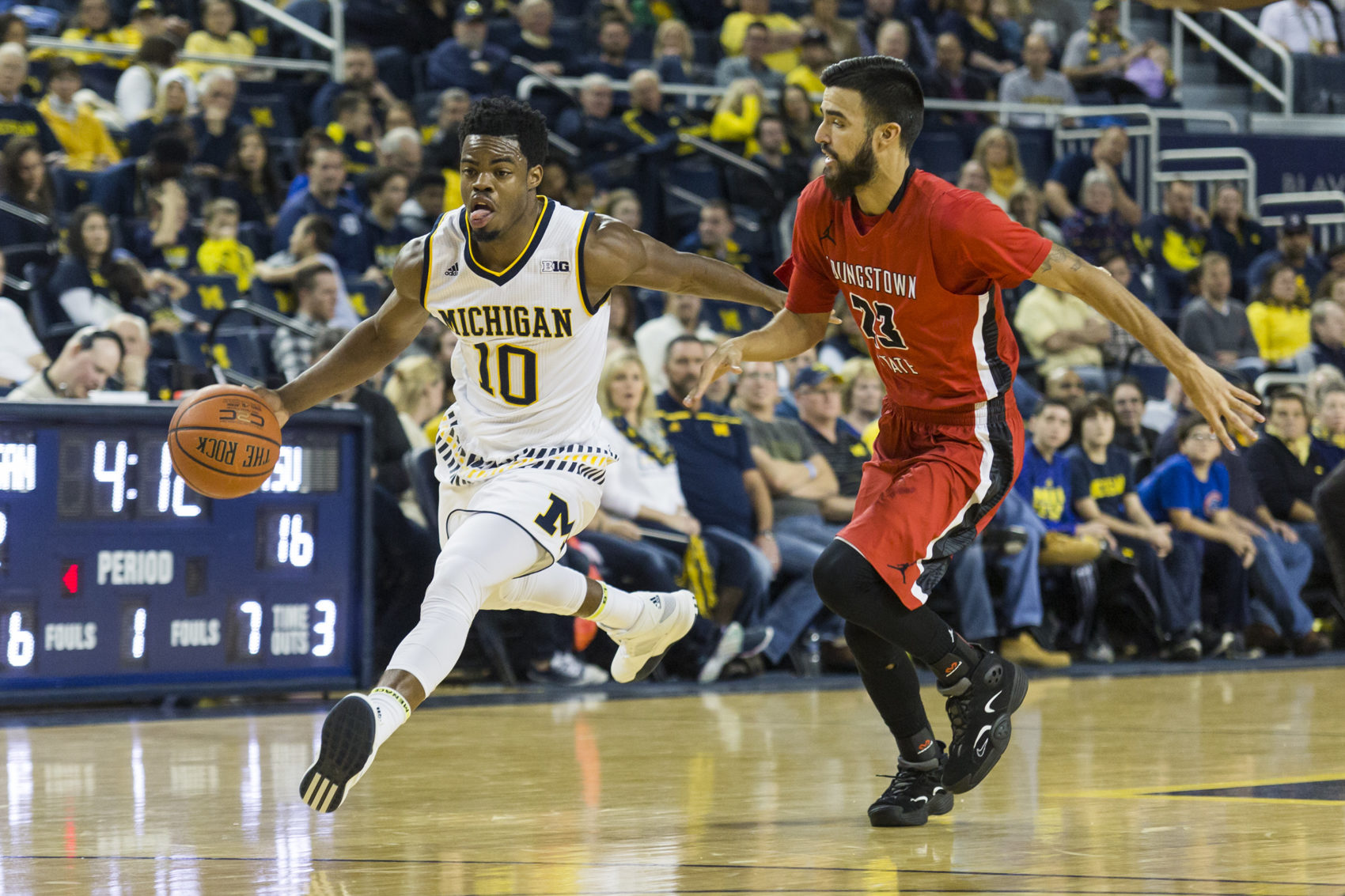 Michigan breezed past Youngstown State in its most dominant win not just of the season, but since 1919. The Wolverines beat the Penguins by a final score of 105-46 in a game that was never competitive from the opening tip.

Michigan breezed past Youngstown State in its most dominant win not just of the season, but since 1919. The Wolverines beat the Penguins by a final score of 105-46 in a game that was never competitive from the opening tip.

Michigan took its starters out of the game around the eight minute mark in the second half, after starting point guard Derrick Walton had already recorded a triple-double. Almost every Wolverine got in on the action as five Michigan players reached double-figures and four more had at least 7 points in the dominant victory.

To my eyes, holding Youngstown State to .65 points per possession was a more impressive feat than scoring 1.49 points per trip, and the offensive performance probably isn’t possible without the defense.

Rip and run was the name of the game for Michigan on Saturday night as it held the Penguins to just a 36% effective field goal percentage and rebounded 88% of the Penguins’ missed shots. Youngstown State’s offense came into the game ranked 176th nationally and this was its worst offensive performance of the year by a wide margin (previously .85 PPP at Purdue). Michigan routinely turned clean rebounds into easy points as it pushed the tempo (70 possessions) and found layup after open three.

Even when Youngstown State did have time to set up its zone defense, the Wolverines worked their zone offense to perfection. Looking for a sign that the offense was clicking? It’s hard to settle on just one, but the Wolverines made 80% of their 2-point attempts on the night (28-of-35). Perhaps the scariest part of Michigan’s offensive performance is that its 71% effective field goal percentage wasn’t even its best shooting performance of the year. The Wolverines have already topped that number it in wins over Texas and Charlotte.

A big reason for that shooting efficiency was that the ball never stuck. 73% of Michigan’s 40 made field goals were assisted and nine different players notched at least one assist in the win. Zone defense creates more passing opportunities, but this was a flawless showing on the offensive side of the ball by the Wolverines.

There’s not a ton to take from a drubbing of an over-matched opponent, but its still better than any alternative result. Michigan is healthy and starting to build some chemistry as it prepares for Big Ten play. Before their December 30th opener at Illinois, the Wolverines will have one more guarantee game on Wednesday evening against Bryant.