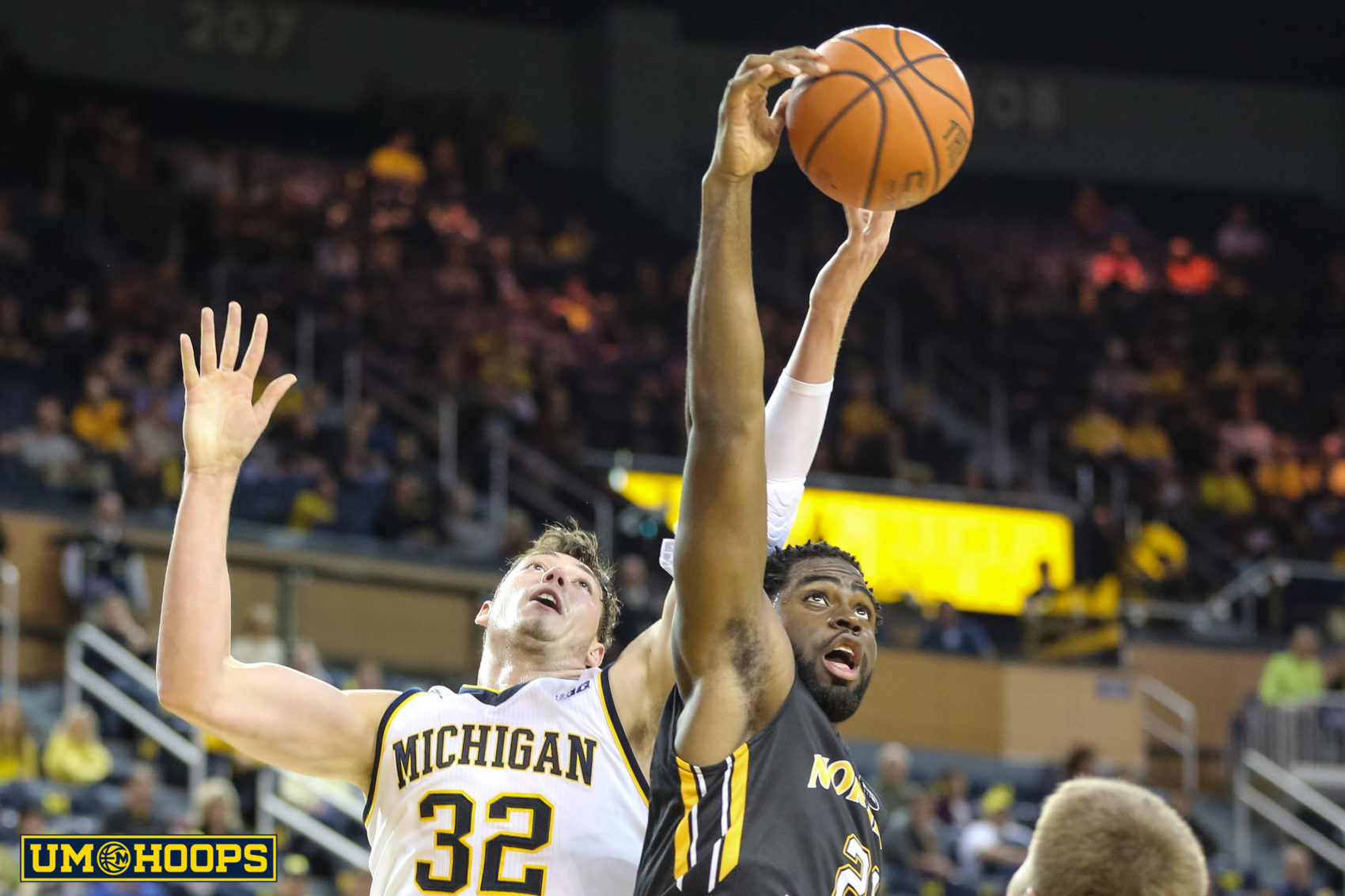 At this point, talk about the development of Michigan’s big men is starting to sound like a broken record.

At this point, talk about the development of Michigan’s big men is starting to sound like a broken record.

As juniors Derrick Walton Jr. and Zak Irvin round into form on the outside, the Wolverines continue to struggle down low. Even with a stat-padding, 47 point blowout against Delaware State last Saturday, the quartet of junior Mark Donnal, sophomore Ricky Doyle, redshirt freshman D.J. Wilson and true freshman Moe Wagner are averaging just 15.0 points and 7.3 rebounds per game, combined.

Unfortunately, those numbers shrivel up tremendously in big games. In Michigan’s losses to Xavier, Connecticut and SMU, the four averaged a paltry 8.3 points and 5.7 rebounds.

But still, Michigan coach John Beilein insisted that the development is evident in practice during his press conference Friday, and will have a good opportunity to show fruition against Youngstown State in Saturday’s matchup.

“There’s a part of the game they are waiting to embrace,” Beilein said. “They’re great kids, and I think they will get there sooner than later.”

Though the Penguins are just 5-6 and were outscored by 31 in their only game against a major conference team, they boast several player with size and matchup dilemmas for the smaller Michigan lineup. Youngstown State’s three most-used big men — senior Bobby Hain, junior Matt Donlan and redshirt junior Jorden Kaufman — average 33.4 points and 16.2 rebounds per game.

To match the Penguins’ two big men, Beilein indicated that he would likely play Donnal more than usual.

Though Donnal started slow and faded from the rotation fast, he emerged against Northern Kentucky, scoring 11 points in 14 minutes Tuesday, hinting at an improved mindset.

“He’s got to be more aggressive, more assertive, have a higher motor and do more things and then continue to understand our system, the game of basketball, the whole deal,” Beilein said. “But we really like what he can bring to our team when he does that.”

Added Donnal, who also lost his starting job last season: “Sometimes there are days when you just don’t have it, but my job is to stay as consistent as possible, and so far these past couple weeks I’ve been able to do that. … The only thing you can control is attitude and effort, so I’m trying to control that.”

In Donnal’s burst on Tuesday, Wagner saw his minutes continue to decline. Despite a hot start and strong performances in the Battle 4 Atlantis in the Bahamas, the freshman has shown plenty of freshman tendencies, collecting almost as many fouls and turnovers (eight) as points and rebounds (10) over his last four games.

“It’s been quite a change for him,” Beilein said. “The game’s been moving really fast for him, like it does for any freshman, but he’s performed really well some days. But some times, he looks like he’s still a young colt out there trying to figure things out.”

Of course, Wagner will likely see plenty of minutes Saturday and in Wednesday’s matchup, as Wilson is still recovering from a sprained ankle. Beilein said that Wilson was “trending in the right direction,” but does not expect him to play before the start of Big Ten play Dec. 30.

So that leaves Doyle, Wagner and Donnal down low. It doesn’t seem like much to work with, but Donnal noted the trio is acutely aware of how minutes are distributed, and that translates into a fierce competition.

“Any chance that we can go out and play this game is fun for us,” he said. “All three of us know that we’re competing for minutes, and we all have our different mindsets, but our mindset as a group is that we want to make each other better.”