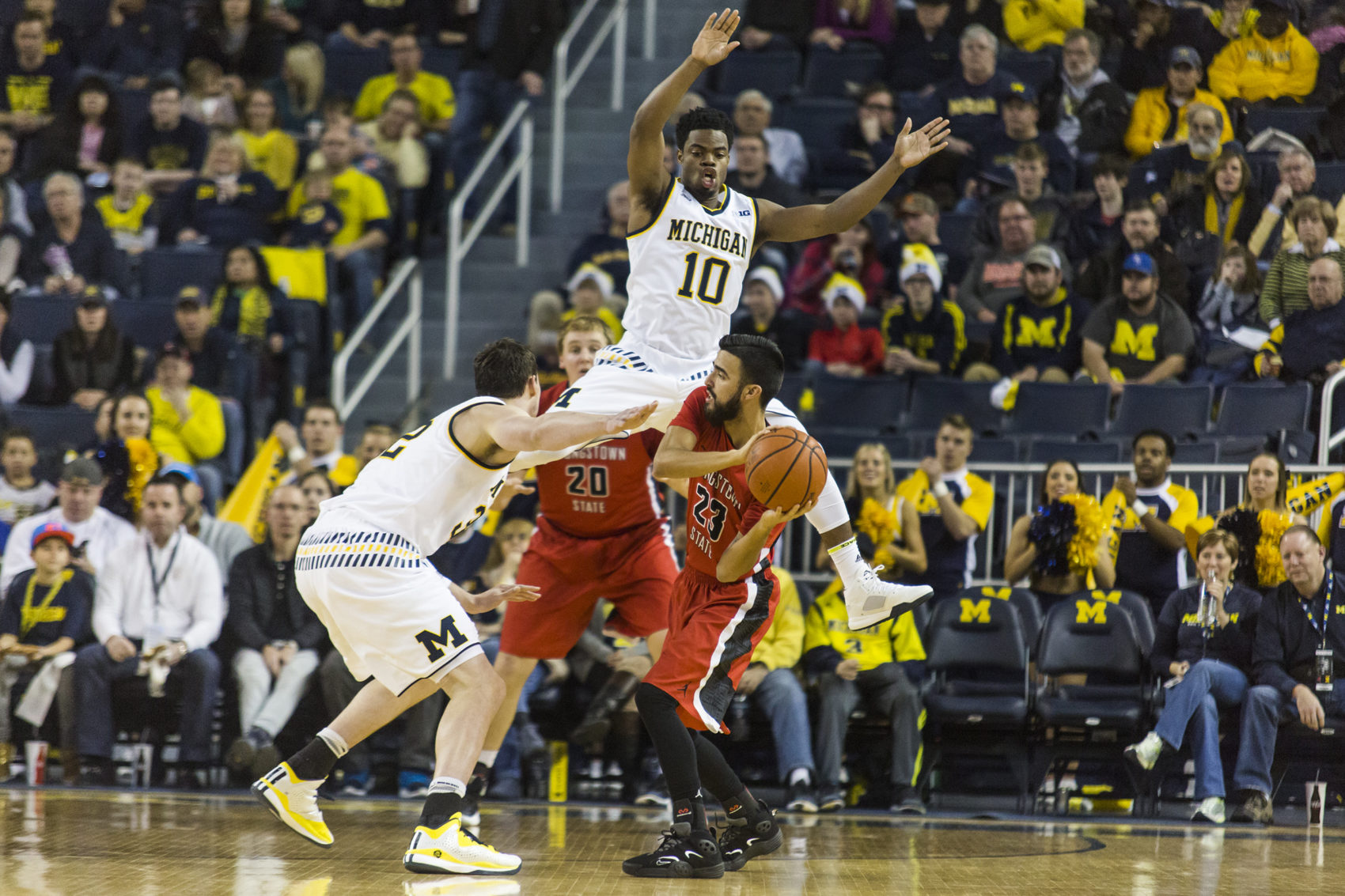 Michigan, which has struggled on defense for much of the season, showed glimpses of being a shutdown team in its 105-46 beatdown of Youngstown State.

For more reasons than one, Saturday’s win will be remembered as an offensive explosion for Michigan basketball.

But time and again from start to finish, the offensive explosion was ignited by inspired play on defense.

Michigan, which has struggled on defense for much of the season, showed glimpses of being a shutdown team in its 105-46 beatdown of Youngstown State.

“I did not expect us to play like that,” Michigan coach John Beilein said. “I felt like with the way we were running the floor and the way we were defending, it was like some of the better teams that we’ve had in the past.”

The defense looked improved from the opening possession. Unable to find an open lane or pass, Penguins captain Michael Hain settled for an ill-advised jump shot. Three Wolverines could have corralled the rebound, but junior forward Zak Irvin ended up with it, 24 seconds later, Duncan Robinson knocked down a 3 to make it 5-0.

Hain ran into the same problem on the next possession, and once again Irvin took the rebound to the other end — this time for a score of his own 11 seconds later to make it 7-0.

The pattern of a defensive stop fostering a quick basket on the other end continued for Michigan. Just 3:18 into the game, the Wolverines had a double-digit lead. By the 10-minute mark, Michigan was up 26-7, and the game was effectively over.

In the stretch, Youngstown State shot 3-for-11 from the field — all jump shots — and turned the ball over four times.

“Our offense has been great,” said senior guard Caris LeVert. “But this has all been fueled by our defense. We’re getting a lot of easy baskets in transition, and that’s really opening up the court for us.”

Even when the Wolverines opened up their bench, the dominance continued. The Penguins could only muster 14 points in the paint the entire game, and had an offensive rebound rate of 12.5%. Youngstown State never grew comfortable in any way on offense, and ended the game with just 46 points on 70 possessions.

It’s easy to rattle off stats in a blowout, but to Beilein, the progress made on Saturday was an indication that his team learned its lesson from blowout losses to Xavier, Connecticut and Southern Methodist, where it allowed 240 points on 200 possessions.

“Instead of speeding through a drill and saying ‘OK, you’re not doing it right,’ and moving on to the next drill, we’re stopping to make sure we have fundamentally-sound defense.”

Beilein is slowing things down because teams like Northern Kentucky, Youngstown State and Bryant are nothing compared to the opponents that loom ahead. Beginning on Dec. 30, the Wolverines travel to Illinois, host Penn State, travel to No. 9 Purdue and host No. 6 Maryland.

And though Michigan has soaring dunks, a bevy of 3-point shooters and two guys that can rack up triple-doubles, those offensive accomplishments will fizzle in Big Ten play without the defensive spark.

“All of our guys have to understand,” Beilein warned. “There’s only one way to win in the Big Ten, (and that’s) if you play defense.”