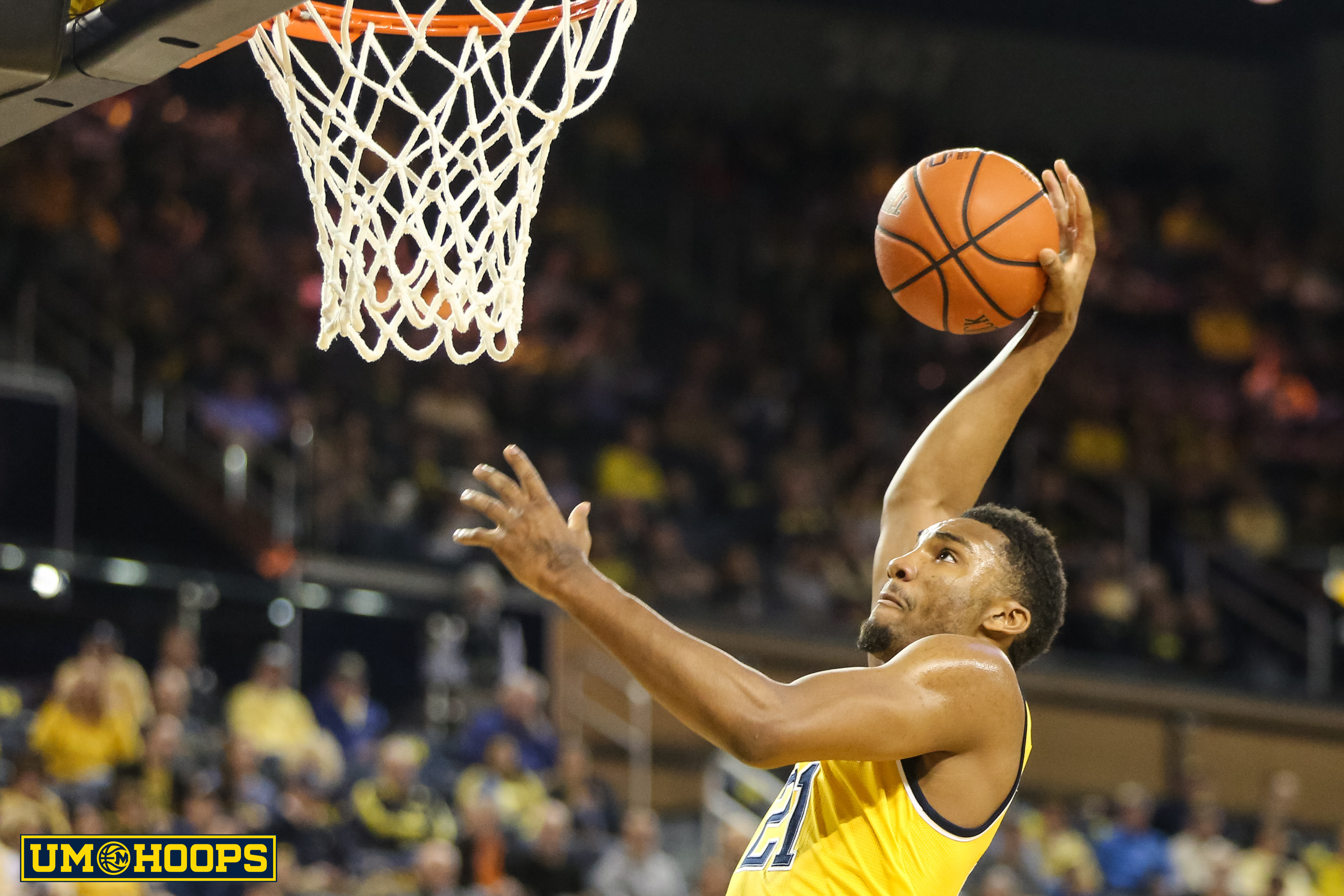 There might be more important players than Zak Irvin on Michigan’s roster in terms of overall talent or depth at their position. Derrick Walton could be the most important after Spike Albrecht’s injury and Caris LeVert obviously isn’t very far behind with his NBA talent.

But if everyone stays healthy, Zak Irvin is the player who can take Michigan from a good team to a great team.

There might be more important players than Zak Irvin on Michigan’s roster in terms of overall talent or depth at their position. Derrick Walton could be the most important after Spike Albrecht’s injury and Caris LeVert obviously isn’t very far behind with his NBA talent.

But if everyone stays healthy, Zak Irvin is the player who can take Michigan from a good team to a great team.

Irvin has yet to rediscover his jump shot this season after missing a couple months with a back injury this summer and his career arc has been unique to say the least.

As a freshman, he was a gunning sixth man off the bench. Irvin checked into games and fired up threes. He shot the ball 196 times as a freshman and 146 of those attempts were threes. He didn’t pass the ball either, recording just 13 assists to 16 turnovers in 569 minutes. That was all Michigan needed at the time with so many powerful offensive weapons and the Wolverines finished the year with the best offense in the country.

It was in Irvin’s sophomore year that his game started to stretch for reasons that weren’t always within his control. He looked fantastic during the first four games of that season, averaging 20 points per game and shooting 56% on twos and 52% on threes. But eventually Irvin’s shooting percentages dwindled and then with LeVert and Walton sidelined he was one of Michigan’s only guards left.

He was forced to expand his game because there wasn’t another option. He saw his fair share of failure in games against Michigan State, Iowa, Illinois, and others, but he came out a better player. Over Michigan’s final six games Irvin’s transition appeared complete as he started rebounding and he started passing. He dished 23 assists in those final six games, more than his entire freshman year in Ann Arbor.

Now a junior, Irvin is back as a peripheral option in the offense. Caris LeVert is the alpha dog, Derrick Walton sets up the offense and Duncan Robinson has emerged as the Wolverines’ primary three-point threat. A year after battling through the Big Ten season as option 1A on the scouting report, Irvin is almost the forgotten man. Unfortunately he hasn’t been able to rediscover his jump shooting form.

Irvin simply can’t make a shot from long distance. He’s shooting just 17% from long range on the season and has connected on just three of his last 19 attempts.

“When we get through exams, I think he has one more … he’ll do a lot of work, but right now there hasn’t been time to just make shots, make shots and make shots.”

Generally you would expect a shooter’s efficiency inside the arc to be correlated to his long range accuracy. Perimeter shooting threats demand harder close outs which create easier driving lanes. Instead, Irvin has reached a new stratosphere of two-point efficiency despite being unable to hit threes. Entering this season as a 45% two-point shooter, Irvin has made an impressive 62% of his two-point shots this season.

Not only has Irvin made more twos, he’s hung on to those new skills that he picked up late last year. He’s still rebounding at a higher level, he’s still creating for others and he’s attacking the basket more than he ever has.

He’s also a viable creator, rating in the 94th percentile in isolation offense (including passes) and 91st percentile in pick-and-roll offense (including passes). Irvin has already created 61 points in ISO and ball screen situations. Ball screens and isolations are now 42% of his offensive game, up from 30% as a sophomore and a meager 9.8% as a freshman.

“I love (the rest of his game),” John Beilein said. “He’s become a point-forward for us, we try to put him in all kinds of situations, and it’s quite a difference for a guy who had five (total) assists last year at this time after the SMU game.”

While there’s plenty to like about Irvin’s development, his perimeter shooting is still the missing cog in the offense. The Wolverines can already put a trio of elite long range shooters — Duncan Robinson at 61%, Derrick Walton at 59% and Caris LeVert at 45% — on the perimeter, but Irvin’s inefficiency is creating an opportunity for opposing defenses to play-off the junior forward and sink in.

If Irvin starts hitting long range shots, opposing defenses won’t have that luxury. Michigan can space the floor with Robinson, Irvin and Walton and dial up a high ball screen for Caris LeVert and opposing defenses will be unable to help. Even Beilein’s best offenses at Michigan have lacked that fourth perimeter shooter as Glenn Robinson III was an incredible finisher, but shot just 31% from three-point range for his career.

The Wolverines probably won’t have a lockdown defense any time soon, but a healthy Irvin hitting shots at closer to 40% than 20% could enable Michigan’s offense to reach another level of offensive efficiency that might be required to win games in league play.