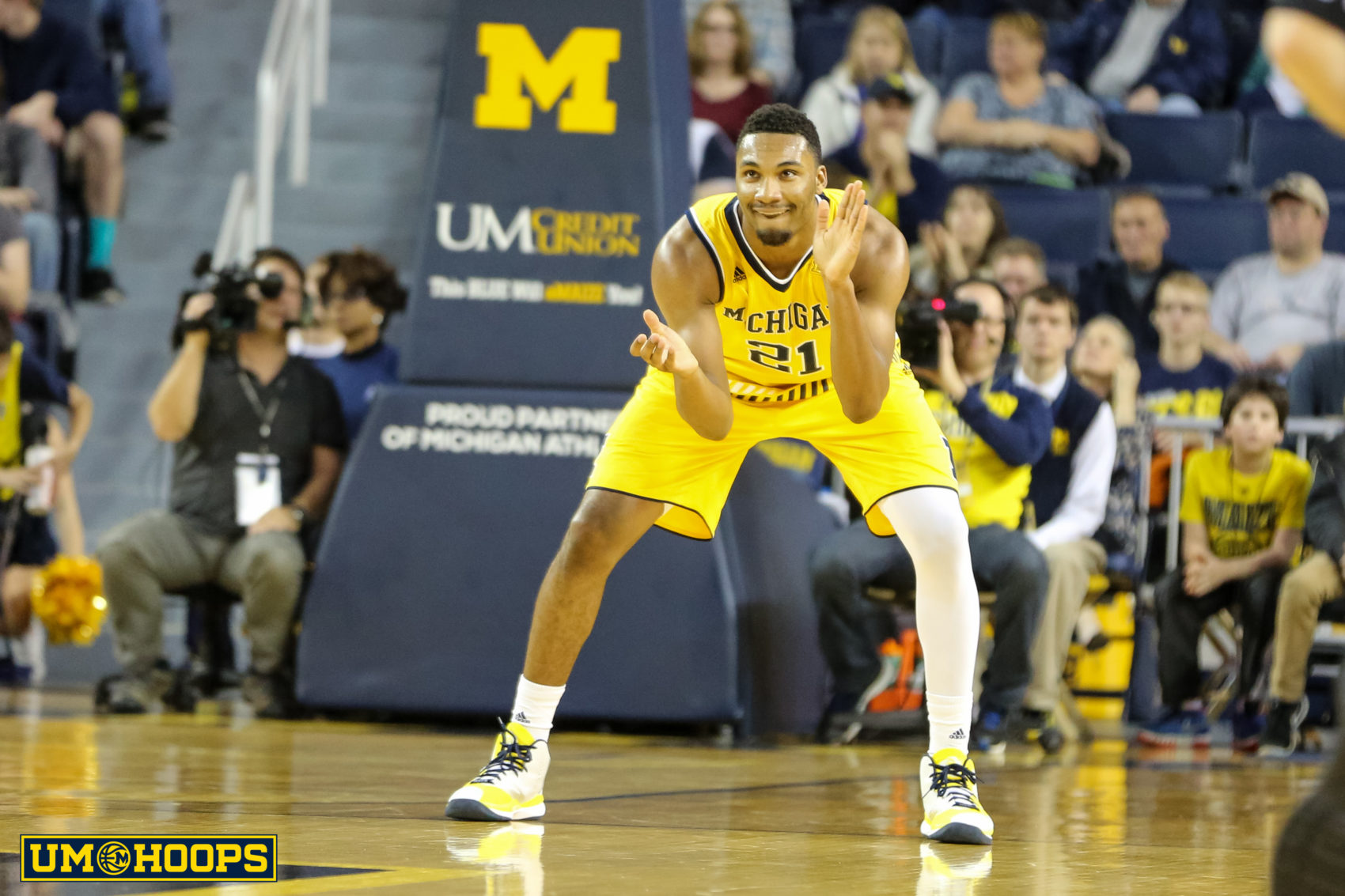 With Big Ten play looming, Michigan wrapped up conference play with an easy 36-point victory over Bryant on Wednesday night.

With Big Ten play looming, Michigan wrapped up conference play with an easy 36-point victory over Bryant on Wednesday night.

This offense can flat out play. Michigan hit a school record 17 three-pointers and it is a safe bet that zone defense will be well down the list of options when teams face the Wolverines in league play. Michigan just has too many shooters and too many good passers — 26 of 37 makes were assisted — to be stopped by a zone. Five Wolverines were in double figures and five others scored in the routine drubbing over Bryant.

Michigan’s defense wasn’t good today, allowing .95 points per possession to a Bryant offense that entered the game ranked 322nd in adjusted offensive efficiency. The Wolverines did a great job on the glass, grabbing 86% of Bryant’s misses, but the fact was that Bryant had far too many open shots. The Bulldogs shot 15-of-25 on twos and 8-of-22 on threes — Hunter Ware hit 6-of-15, many of which were contested and off the dribble — in the game, but he two-point shooting was most concerning. Bryant had plenty of success attacking close outs off the bounce and finding the roll man off of ball screens. Those are going to be problems all year for the Wolverines and this wasn’t the most encouraging defensive showing with tough games ahead.

This team has started to forge an identity and that’s a great sign. Getting Derrick Walton healthy and moving Duncan Robinson to starting lineup were critical and Aubrey Dawkins and Muhammad-Ali Abdur-Rahkman have both started to gain comfort in their roles off the bench.

The defense has been hit or miss, but this team now ranks 4th in the country in effective field goal percentage (60.2%) and turnover rate (13.9%) and is shooting 57.6% on twos (10th) and 42.1% on threes (11th).  Those are all critical barometers of success for a Beilein offense, but the next step is to see if they can translate to league play.

At the end of the day, the Wolverines beat four bad teams over the last two weeks and they beat them badly. You can’t ask for anything more, but all eyes will be watching a week from today when this team takes the floor in Champaign.