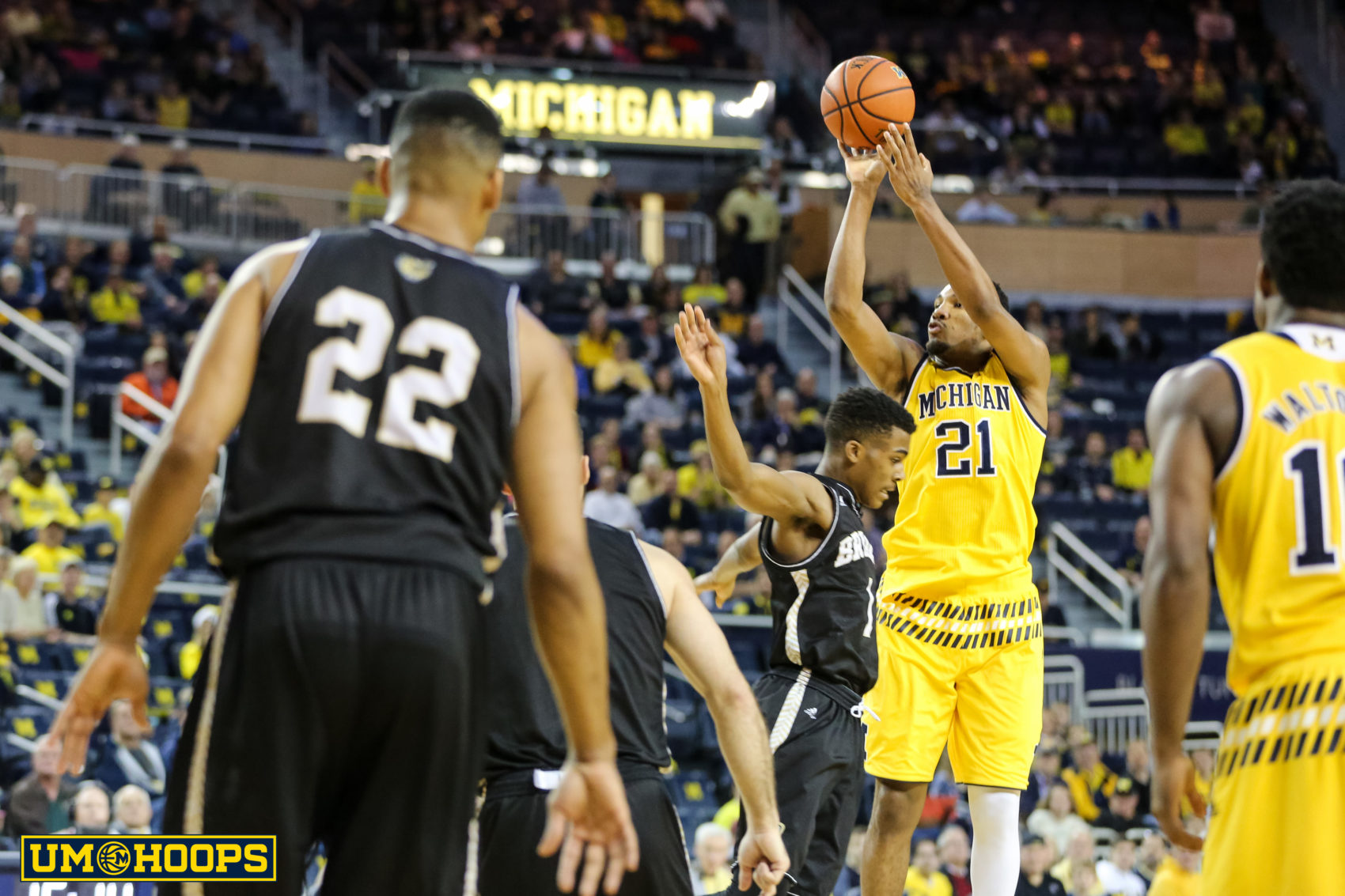 The Wolverines were inside the top 20 in offensive efficiency, shooting, turnover margin and a bevy of other offensive categories. They had just blown out Youngstown State by 59 points, and had become the first Michigan team in 22 years to surpass 100 points in multiple games in a season.

But before the team’s final nonconference game with the Big Ten looming, Michigan coach John Beilein knew there was a missing piece remaining on offense.

Junior forward Zak Irvin, expected to be one of the team’s best shooters, was shooting just 17.1 percent from 3-point range.

But Irvin’s slump was exceptional. After being somewhat of a 3-point specialist his first two seasons — shooting 38.2 percent as one of the team’s top outside options — Irvin’s ability to score from outside had plummeted.

He went 0-for-3 in his debut against Elon, then 1-for-10 in back-to-back losses to Xavier and UConn. He settled in in other areas as his health progressed, but the shooting failed to catch up. Irvin went 1-for-6 and 1-for-5 in respective road games at North Carolina State and Southern Methodist.

Even in blowout wins against Delaware State and Youngstown State, games where any Michigan player could score at will, Irvin failed to knock down a 3 in six attempts.

“I’ve been feeling the pressure a little bit,” Irvin relented on Wednesday.

To compensate, Irvin celebrated the end of his final exams by shooting 600 threes with a rebounding gun Monday afternoon. According to Beilein, he made about 400.

“You’ve just got to work through it,” Beilein said. “You get the yips a little bit and it just isn’t the same. Volume builds confidence.”

It didn’t take long for Irvin’s resurgent confidence to show on Wednesday. After knocking down a couple jumpers and finding open teammates for 3s of their own, Irvin had his chance less than five minutes in.

He nailed it, and though he had downplayed the slump all season, Irvin couldn’t hide the grin that followed.

“That was a great feeling, I have to be honest”

“That was a great feeling, I have to be honest,” Irvin said after the game. “Especially the first 3. I know it’s been a long process for me but I’m just trying to stay confident out there. But it’s always a huge relief seeing the first one go in.”

Irvin ended the game with 16 points and shot 50 percent from 3, by far his best shooting performance of the season. The team followed suit, knocking down a school-record 17 threes in the 96-point effort.

“With 17 threes, setting the record, that’s something special,” Irvin said. “We always talk about sharing the ball and finding the open man. I was just happy for everyone knocking down shots.”

With Irvin’s slump seemingly a thing of the past, the Wolverines can move forward into Big Ten play with its most glaring offensive piece returned.

And though it took a few games to develop, it wasn’t lost time for Irvin. Unable to rely on his outside shot, Irvin learned how to make plays in other ways.

Through the same number of games as last season, Irvin’s total assists increased from eight to 35, his defense and rebounding are improved and he has become such a complete player that both Caris LeVert and Derrick Walton Jr., who both recorded triple-doubles last week, cited him as the top candidate to get the next one.

But as the whole team egged Irvin on Wednesday night, it was clear that the day Michigan got Irvin’s shot back is the day it became a better team.

“I’m just happy he’s starting to get his legs back under him,” Walton said. “It just brings a different dynamic to this team. It makes it a lot more dangerous.”