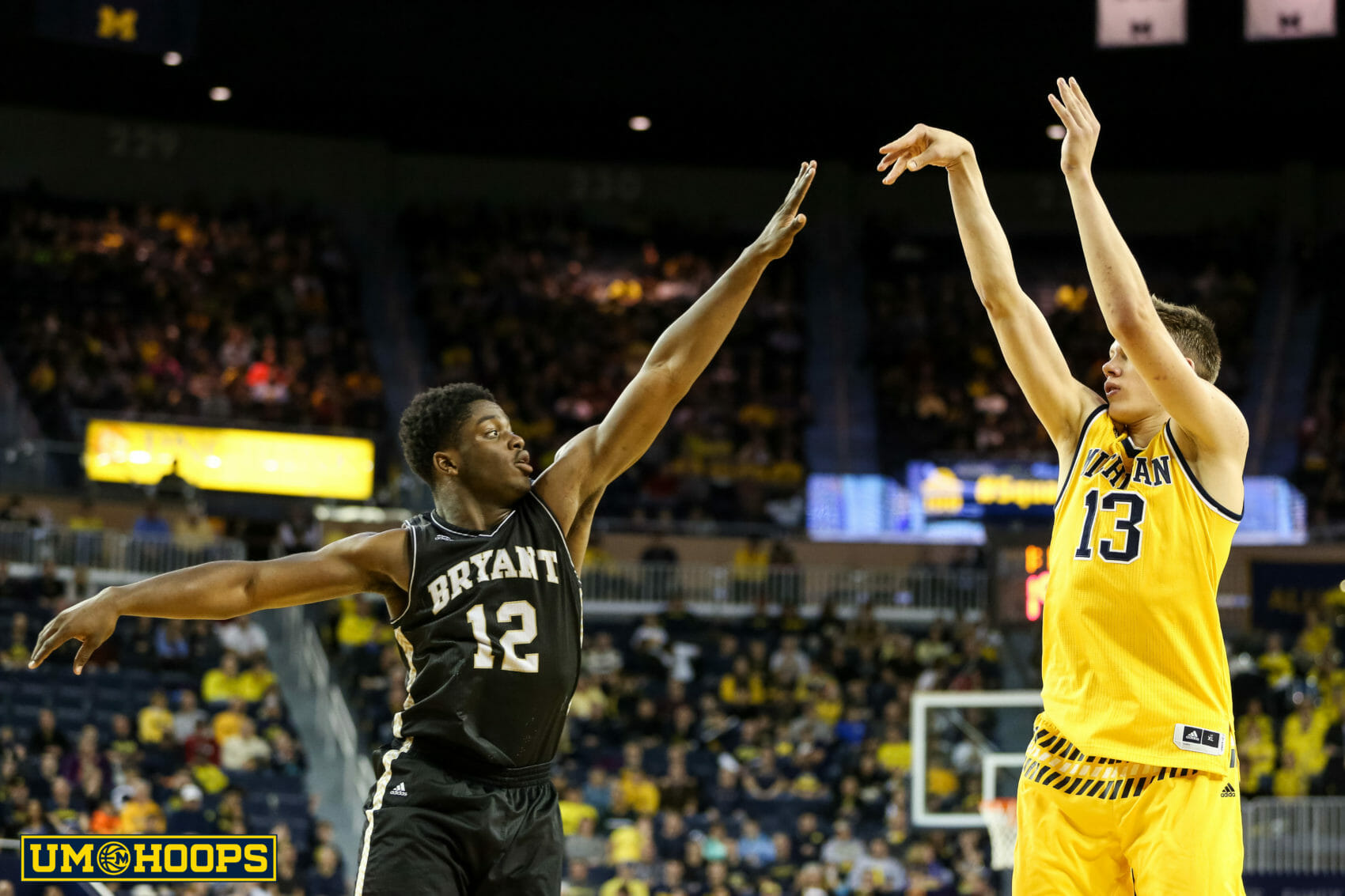 With a 10-3 nonconference record behind it, Michigan will travel to Champaign to begin its new season against Illinois (8-5), and hope that it’s closer to being a finished product than before

For much of the preseason and nonconference slate, Michigan coach John Beilein noted that his team “wasn’t close” to the product it wanted to be.

The Wolverines could rack up points and wins like few others in the country, but with just four upperclassmen and plenty of moving parts in the rotation, Michigan’s finished product was a ways off. Rebounding, defense, frontcourt stability and health were large and legitimate question marks that clouded the team’s blowout wins, and turned the Wolverines’ losses into downpours.

Now, with a 10-3 nonconference record behind it, Michigan will travel to Champaign to begin its new season against Illinois (8-5), and hope that it’s closer to being a finished product than before.

“We’re as healthy as we’ve been, and we’ve had good practices,” Beilein said. “Now we’re stepping into the Big Ten now, and it’s a whole different arena so to speak.

“Winning on the road in this league is very, very hard. We’ve just got to take one game as it comes up and try and get that win.”

The Wolverines learned the hard way about the difficulties on winning on the road in the Big Ten last season. Though Michigan battled an onslaught of injuries and held on for a 6-3 conference record at home, that total dropped to 2-7 on the road, including blowing a large lead in the closing minutes against the Illini before falling in overtime Feb. 12.

Now, with all but one player returning from that team, the Wolverines seek to start the conference season on a different note. Games against No. 14 Purdue and No. 4 Maryland loom just beyond the trip to Illinois, but Beilein knows better than to label any game more important than another.

“You’ve got to put extra emphasis on every game no matter what,” Beilein said. “You can’t look at a schedule like that and just say ‘We’ve got to win this one.’ Does that mean that you don’t try and win some times? No, it’s the same every day.”

Beilein noted that the toughest challenges to conference play will be fittingly-named commonalities among the Big Ten’s teams — bigger crowds and bigger bodies.

Illinois’ State Farm Center seats over 17,000 fans, and will present a hostile environment, but Beilein noted that Michigan traveled to the large, loud and rowdy arenas of North Carolina State and Southern Methodist, providing experience that will help against the Illini.

Some of Michigan’s comfort may come in the fact that its opponent doesn’t look as unfamiliar as the arena may be. Though lacking the postseason success that the Wolverines have had, the Illini have followed Michigan’s suit and taken to counting on the 3-pointer more on offense.

Illinois relies on the three more than just four Big Ten teams, and regularly sports lineups that have four perimeter shooters — a style similar to the Wolverines’ high-flying offense.

Michigan lost many of its Big Ten games last season getting bullied on the glass and in the paint, but Beilein knows from creating his own offense how lethal the 3-point shot can be.

“They have four guys on the floor that can make (outside shots), much like we do,” Beilein said. “It’s difficult to defend.”

Michigan may never be truly ready for Big Ten play, but it tips off at 3:00 on Wednesday. And though question marks still surround the team and its capabilities, Beilein knows that, come conference season, wins are far more important than becoming a finished product.

“This is who we are,” Beilein said of his team. “You can’t change some of the stats that we have.”

Ready or not, Big Ten play is underway.