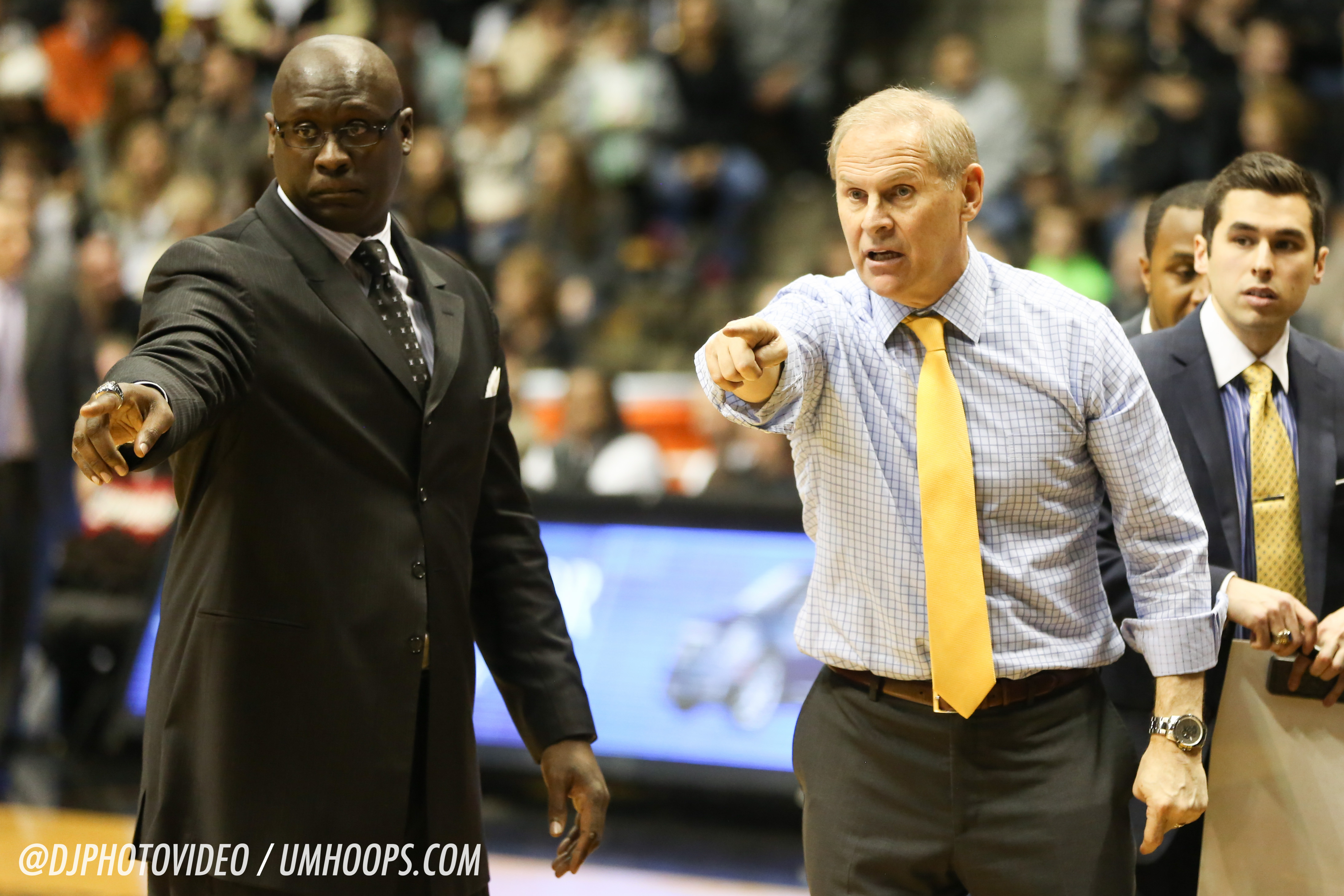 When discussing Purdue basketball, it doesn’t take long before defense is brought up.

When discussing Purdue basketball, it doesn’t take long before defense is brought up.

The 18th ranked Boilermakers are the best team in the country according to defensive efficiency metrics, and also lead the nation a 39.2-percent eFG% defense. Seemingly any metric makes Purdue a tough matchup, and Michigan coach John Beilein has taken notice.

“The numbers say that this is the No. 1 defensive team — in some of the ratings — in the country,” Beilein said. “We do see some top-level teams, but (Purdue coach Matt Painter)’s team is taking it to a whole new level with a 34-percent defensive field goal percentage. For us to get below 40 is a great marker, to go six percentage points below that is incredible.”

Combining considerable size (the Boilermakers are fourth in the nation in effective height and boast five rotation regulars 6-foot-8 or taller) and skill, Purdue builds a strong post presence, enabling more man defense at the perimeter.

Remarkably, the Boilermakers are inside the top 12 in both 2-point and 3-point defense.

“They’re really good at both being in the gap and playing individual defense,” Beilein said. “There’s just not blow-bys you see from other teams. They do a great job of containing you off the dribble. And they can take chances because if you ever do beat them, you always have a back-line guy. That just makes a huge difference.”

A silver lining for the Wolverines could be that Purdue (1-1 Big Ten, 13-2 overall) is just 1-2 against top-20 offenses. Michigan is currently ranked 19th.

Beilein said that the key will not only be spreading the ball around and playing good basketball, but also not getting intimidated by Purdue’s shot-blocking ability, something he felt was evident in Michigan’s 64-51 loss to the Boilermakers last season.

“Somewhere in college basketball somehow, when you block a shot or get dunked on, it’s like you can’t win the game,” Beilein said. “(But) it’s just one possessions, they blocked the shot, big deal … For some reason, it affects teams, and we can’t let it affect us.”

Of course, the Wolverines’ offense would be greatly helped with the addition of their leader in points, rebounds and assists. As reported earlier today, senior guard Caris LeVert is questionable for tomorrow’s game.

He was set to practice Wednesday and will evaluate his health during shootaround and warm-ups tomorrow, but the team is preparing to play without LeVert.

“We’ll be trying to use (junior guard) Derrick (Walton) more, (sophomore guard) Muhammad (Ali Abdur-Rahkman) more and (junior) Zak (Irvin) more if Caris can’t go. Rapheal Davis is going to be guarding one of those guys, and he’s the elite defender in the league, so that’s going to be difficult.

“We have to play through a lot more people it’s good overall for us as we develop.”

The Wolverines did well in their first game without LeVert. In a 79-56 thrashing of Penn State, the trio of Irvin, Walton and Abdur-Rahkman combined for 36 points, 10 rebounds and 10 assists, and Michigan continued to look like one of the best offenses in the country.

“It’s a great opportunity for (other players),” said redshirt sophomore forward Duncan Robinson. “I think (sophomore guard) Muhammad-Ali stepped in against Penn State really seamlessly on both ends of the floor. Having that experience and those games is really good for us.”

Purdue poses a much tougher challenge than the Nittany Lions, but if LeVert really can’t go, Beilein said he isn’t afraid of a sink-or-swim mentality, and that his team can continue to grow in a loss.

“The things we were working on in practice but weren’t ready to try in games we had to try, and some of those things were very successful,” Beilein said. “We’ll learn what we can do and what things we still have to work on.”

In addition to Irvin, Walton and Abdur-Rahkman, Michigan’s big men will need to step up if the Wolverines want to leave West Lafayette with a win.

Junior forward Mark Donnal has done that so far in conference play — tallying 42 points and 16 rebounds in two games — but A.J. Hammons (7-foot), Isaac Haas (7-2) and Caleb Swanigan (6-9) are an entirely different beast.

The three are the Boilermakers’ top scorers and rebounders, and combine for 35.5 points and 22.2 rebounds per game.

“This will be a great test for what the league is really like,” Beilein said “Some other teams have big guys as well, and we’ve got to see what he can do.”

“I’m not confident yet,” Beilein said of his team’s rebounding. “We haven’t (succeeded) against a team that is going to do that. It has more to do than just boxing your man out, it’s guarding on the perimeter so you do not have to give help and you’re in position to be in position.”

Of course, the way the Wolverines operate ensures that the responsibility won’t fall entirely on the big men. Michigan’s top three rebounders spend time at the guard position, and Walton — who is second on the team with 5.1 boards per game — knows that effort will have to continue.

“We’re trying to take it personal to help the bigs clean up on the glass,” Walton said. “They’ve got their hands full is the upcoming game.

“It gives you an extra incentive to go help your brothers when they have a little more than normal to handle.”