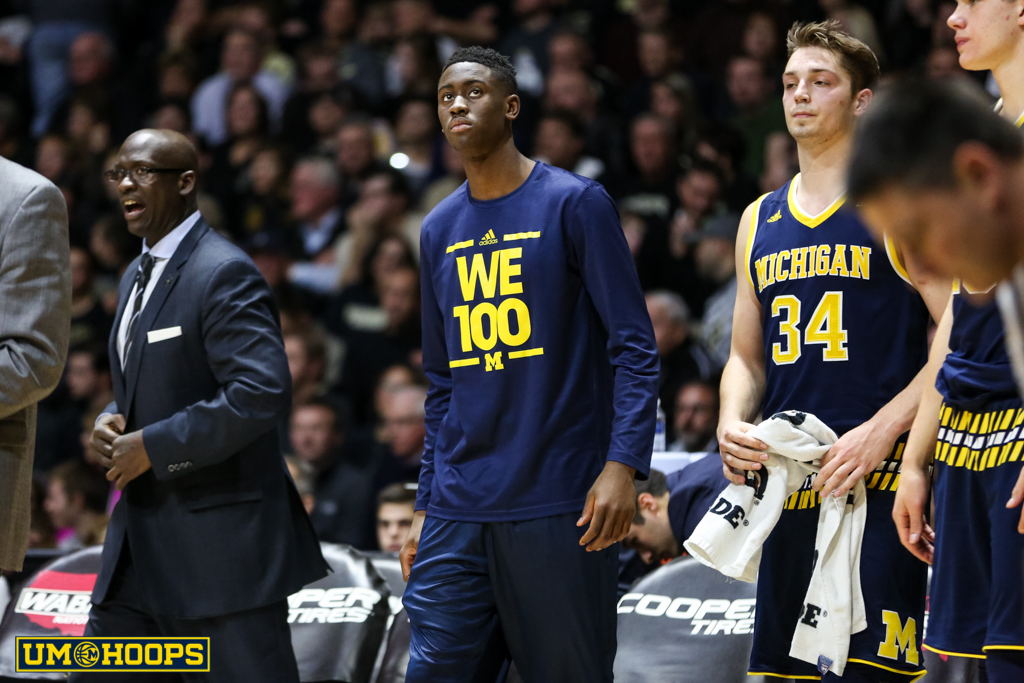 Michigan head coach John Beilein addressed Caris LeVert’s injury status on Monday afternoon ahead of Tuesday’s marquee home matchup against Maryland. Beilein reported that LeVert is feeling less pain, but took practice off on Sunday. Beilein is not optimistic that the senior guard will play.

Beilein reported that LeVert is feeling less pain, but took practice off on Sunday. The head coach is not optimistic that his star senior guard will play against the Terps.

“You all want your Caris update, which it seems like we’ve been having the injury report here for three years,” Beilein said on Monday. “So the injury report is that there is less pain every day, less yesterday, we elected to not have him still practice yesterday to let the healing try to complete itself.

“I’m not optimistic about tomorrow. The longer it goes, the more he’s going to need 2 to 3 days of practice, or he won’t be ready of he could risk further injury. That’s all I’ve got to say, and that’s all I prefer to say.”

LeVert underwent surgery on his left foot in spring of 2014 and winter of 2015 to repair fractures. The 6-foot-6 senior is an All-American candidate and leads Michigan in scoring (17.6 points), rebounding (5.4) and assists (5.2).