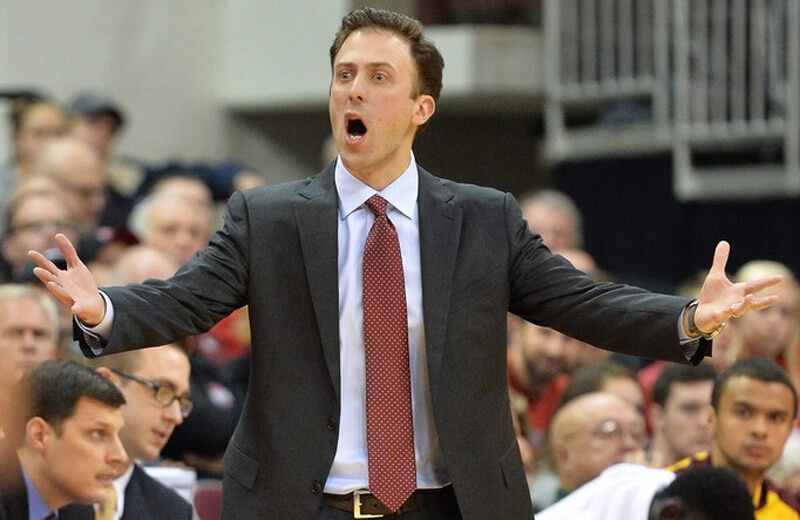 After one of the most difficult three game stretches of Michigan’s season, it finds a bit of schedule relief tonight against Minnesota. The Wolverines have beaten the Golden Gophers seven times in a row and in 11 of their last 12 matchups.

After one of the most difficult three game stretches of Michigan’s season, it finds a bit of schedule relief tonight against Minnesota. The Wolverines have beaten the Golden Gophers seven times in a row and in 11 of their last 12 matchups.

Things haven’t been much better for Richard Pitino’s team this year. After starting the season 5-2, results have mirrored the recent series against Michigan. The Gophers have won just one of their last 11 games and enter tonight’s contest on a seven game losing streak.

Once a top-100 ranked team coming off of a Big Ten-ACC Challenge win over Clemson, the Gophers now find themselves ranked 205th nationally according to KenPom and tied with Rutgers in the conference cellar at 0-6.

Offensively, Minnesota excels at getting to the free throw line. The Gophers attempt 39.8 free throws per 100 field goal attempts, third best in the Big Ten, but connect at just a 69.6% free throw percentage. When the Gophers fail to get to the free throw line, they don’t necessarily have a backup option. Minnesota shoots just 43.3% on twos (13th) and 34% on threes (9th) for a 45.9 effective field goal percentage (13th). Turnovers have been an issue, giving the ball away on 17.9% of its offensive possessions (11th), and offensive rebounding has been non-existent with a 22.3% offensive rebounding rate.

All team stats are Big Ten play only.

Four Gophers average double-figures, led by three-point marksman Joey King at 12.9 points per game. King shoots 47% on three-point attempts with over half of his shots originating from long distance and he’s hitting 52% in Big Ten play, coming off of a 4-5 night against Indiana. King has come off the bench in Minnesota’s last two games, but he’s been a reliable scorer with his perimeter threat and should be high on Michigan’s scouting report.

6-foot-6 freshman Jordan Murphy was a late addition to Minnesota’s class after originally signing with VCU and he’s a double-double threat inside. He’s ranked in the top-100 nationally in offensive rebounding, defensive rebounding and free throw rate (63 FTA per 100 FGA) and shoots 53% on threes. He’ll shoot the occasional three, but isn’t a major threat beyond the arc (30%).

Guard duo Nate Mason and Carlos Morris round out Minnesota’s double-digit scorers. Mason is the better passer and more responsible ball handled, but he shoots just 42% on twos and 32% on threes. Morris, 6-foot-5, is bigger and a better perimeter shooter (40%), but has a negative assist-to-turnover ratio.

Freshman guard Dupree McBrayer has stepped into the starting lineup the last two games and the Queens native is attempting 91 free throws per 100 field goal attempts in Big Ten games. He’s also a great steal guy defensively, but he’s shooting just 32% on twos and 14% on threes this season. Fouling Dupree is not advised.

Bakary Konate anchors the middle at 6-foot-11 and plays around half of available minutes. He’s an offensive rebounding and shot blocking threat and finishes a respectable 57% of his twos. Overall, he averages just 5 points and 3 rebounds per game and has struggled on the defensive glass.

6-foot-9 junior Charles Buggs started early on this year for the Gophers and is one option to fill some of that void, but he has seen his playing time decrease due to his work ethic in practice. Buggs shootings 60% inside the arc and 39% outside the arc, making him a versatile threat given his size.

Gopher beat writer Amelia Rayno points out that Pitino could be forced to use Murphy, who has predominantly played the four and the five for the Gophers this season, as a small forward. Pitino seems set on playing extra bigs, rather than extra guards despite Michigan’s perimeter-oriented offense.

KenPom projects a comfortable 81-64 Michigan victory tonight, giving the Wolverines a 94% chance of moving to 4-2 in league play.