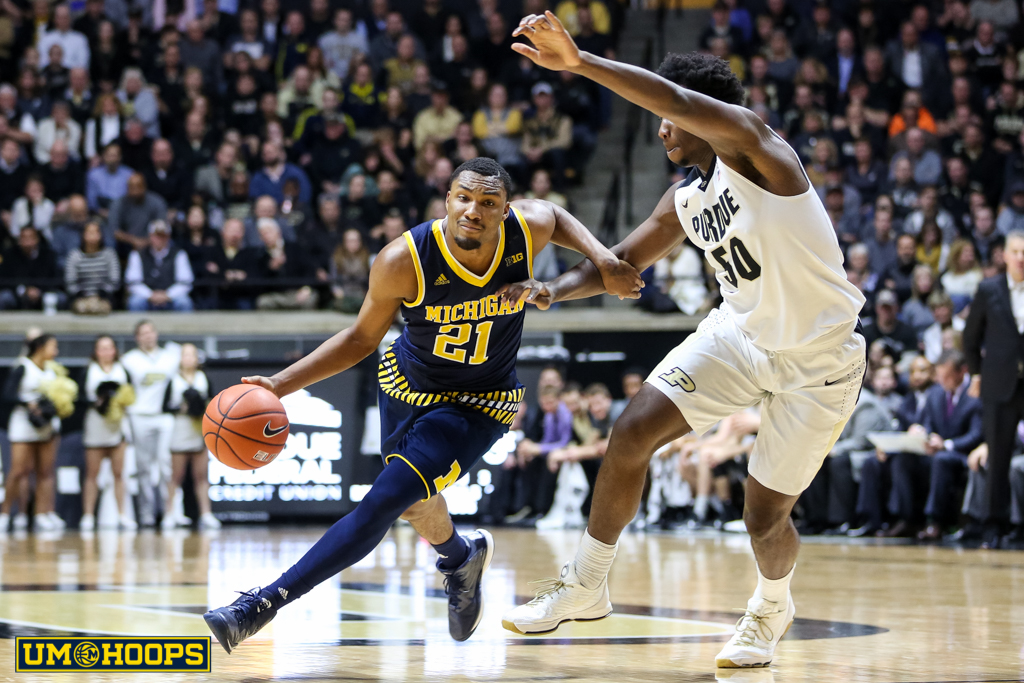 With an underprepared offense, an exhausted defense and a shooting spell as cold as the 20-something temperatures outside, the Michigan basketball team found itself biting its nails in what was supposed to be a laugher against Minnesota.

Zak Irvin and Derrick Walton Jr. have been through plenty together.

The pair played in the Big Ten Championship and the Elite Eight as wide-eyed freshman, struggled as sophomores carrying an impossibly young and injury-prone team to a .500 record. Now, without the help of seniors Caris LeVert and Spike Albrecht, the juniors have been tasked with leading a team with as much potential as potential obstacles.

One of those obstacles reared its ugly head Wednesday. With an under-prepared offense, an exhausted defense and a shooting spell as cold as the 20-something temperatures outside, the Michigan basketball team found itself biting its nails in what was supposed to be a laugher against Minnesota.

The same Golden Gophers that lost to Nebraska and Northwestern by 25 points each a week ago showed off an inspired effort at Crisler Center. They refused to go away, and the Wolverines needed all they could get from Irvin and Walton.

Neither one was completely up to the task on his own, but fueled by Irvin’s 15 first-half points and Walton’s 17 in the second half, the duo won yet another battle together — combining for 41 points and 17 rebounds in the 74-69 win.

“There’s going to be nights where the shots don’t fall, and we just have to find a way to win,” Walton said of the piecewise performance. “It was all about digging deep and finding a way.”

Irvin was the star early, gliding off ball-screens, burying open three-pointers and attacking the basket. He ended the first half with 15 points and seven rebounds.

But in Irvin’s success only gently overshadowed Walton’s struggles. Battling a pressure-heavy defense, Walton ended the half with just five points, not far below his scoring average but well below his expectations.

“To be totally honest, I kind of said to (Irvin) that I kind of let him down,” Walton said. “He was out there shouldering the load that first half and making all the plays and doing what he does. I just told him that I’ll make up for it in the second half and I was just going to look for my own and try to do a little bit more on the offensive end.”

The declaration would turn out to be a necessary one. With Minnesota putting an extra focus on Irvin in a defensive strategy Beilein admitted he had not seen from anyone all season, Irvin was limited to four points in the second half.

Yet right on cue to pick up the slack was Walton, who showed better ball control, shot selection and aggressiveness en route to a 17-point second half, including 10 points in the final 2:07 to finally put Minnesota away.

“Once again, we’re calling more plays for him, asking him to see more things and be more aggressive.,” Beilein said. “He’s growing every single day and of course, you haven’t seen us in this type of game yet. … We didn’t need to make 10 foul shots to win a game like we did today, that was big that he could go and do that.”

Added Irvin: “Not every shot I take is going to fall, but Derrick really picked up the slack for me and made a lot of clutch shots and free throws.”

Together, the two carried the torch against a peskier-than-expected Gophers squad, a task made somewhat easier by LeVert’s inury suffered Dec. 30. In five games since LeVert went down, Walton is averaging 13.6 points, 6.4 rebounds and 3.0 assists per game — including a game-high 22 Wednesday night — in substantial increases of the guard’s season and career averages.

Not to be outdone, Irvin’s is averaging 15.0 points, 5.0 rebounds and 4.2 assists per game in the same stretch, and scored his first double-double of the season in a well-rounded performance.

“I think he’s playing at the highest level right now that he’s played since he’s been here,” Beilein said. “He’s putting it all together. I mean there were days as a freshman where he might hit six 3s, and that’s yet to come. But he wasn’t getting six rebounds or assists or getting to the basket. But now he’s getting to the basket, … We don’t win without him right now, he’s really playing well.”

Added Walton: “I’m probably the happiest guy for him. He’s been through so much this past summer, countless different obstacles that he’s faced and overcame, I’m just happy that he’s starting to get back to his normal self.”

A less balanced variation of the Wolverines likely would have lost Wednesday. Even with Minnesota’s struggles, they’re still a team capable of winning if Michigan’s shots don’t fall and the ball screens don’t open anything up.

It wasn’t anyone’s night, but Walton and Irvin only needed a half each.

He has his two oldest healthy players to thank for that now.