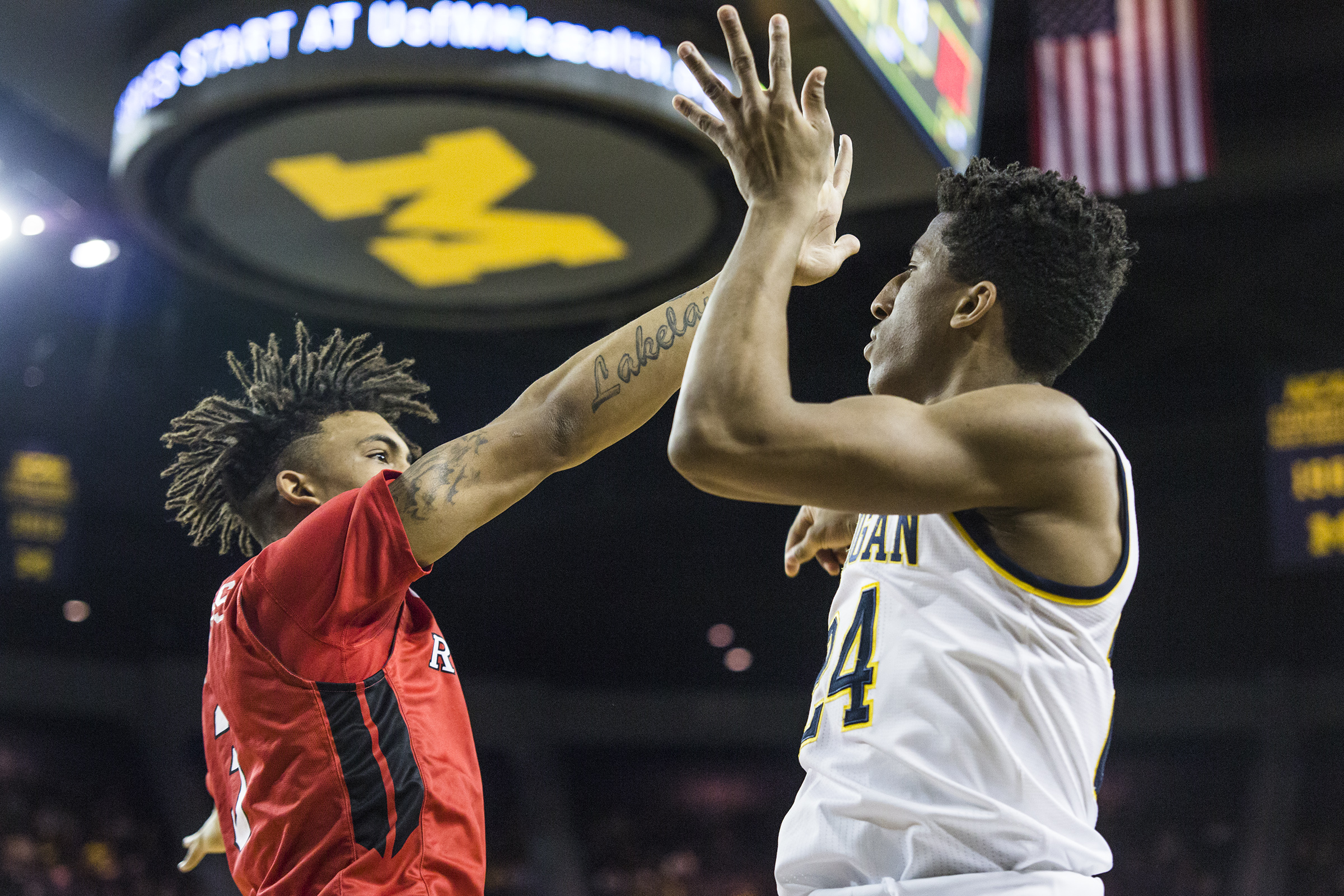 Michigan matched its season win total from a year ago with an ugly 68-57 win over Rutgers to move to 6-2 in the Big Ten.

A little over a year ago, Michigan went on the road to Piscataway and won an ugly 54-50 game over Rutgers. The Wolverines played two walk-ons and failed to surpass a point per possession of offensive output, but it was a feel good story. They had proven they could win a game without Caris LeVert.

Michigan is playing without Caris LeVert once again this season, but the expectations have changed. Despite playing their seventh game without their star guard, the Wolverines matched their 2014-15 season win total with Wednesday night’s win over the Scarlet Knights. An ugly home win over Rutgers is nothing close to a moment of pride, it was a letdown.

For the second straight week, Michigan faced an overmatched team on its home court and slept walk through 40 minutes. Rutgers led for the first 15 minutes before allowing the Wolverines to pull away with an somewhat safe, but never decisive 68-57 victory.

Michigan has played brilliant basketball at times this season, but it has also lacked consistency without Caris LeVert in the lineup. A Big Ten win is a Big Ten win, even if its over Rutgers, but the Wolverines continue to play with fire by sleepwalking through conference games against over-matched opponents.

We know that this Michigan team can score the basketball, but this was a disappointing offensive showing. The Wolverines finished the game shooting 43% on twos and 39% on threes for a 52 eFG% — all well below their season averages.

Michigan took significantly more threes (28) than twos (21), but also attempted 20 free throws in the win. The cold early shooting seemed to rattle the Wolverines a bit and it wasn’t until Aubrey Dawkins provided a spark that the confidence returned. Rutgers played a packed in defense that dared the Wolverines to shoot and took away many of the easy opportunities in the lane. When Michigan’s offense is at its best, it makes those early threes and then spaces the defense to open cutting lanes to the rim. That didn’t happen early on which caused the majority of Michigan’s offensive consternation.

Defensively, it’s tough to decipher much from holding Rutgers to .88 points per possession. Michigan went back to the 2-3 zone that it utilized against Nebraska and it continued to be very effective and helped mask some of the Wolverines’ concerns defending dribble penetration. Mark Donnal has settled in really nicely in the middle of that zone and stepping up to stop drivers while the wings and guards also are bumping and recovering more effectively. I’m not convinced the zone will work against teams with multiple perimeter shooters, but it’s a nice weapon to have in the arsenal.

There’s not much to get excited about with another ugly win against a winless conference foe — it’s hard to pat yourself on the back after beating a team that gave the ball back to the ref after a missed front-end of a 1-and-1 — but you can’t argue with Michigan’s record as we near the halfway point of the conference season.

The Wolverines are tied for third place in the conference at 6-2, despite playing without Caris LeVert for the last seven games, and travel to New York City this weekend to face Penn State before starting a marquee home stretch of their season at home against Indiana and Michigan State.