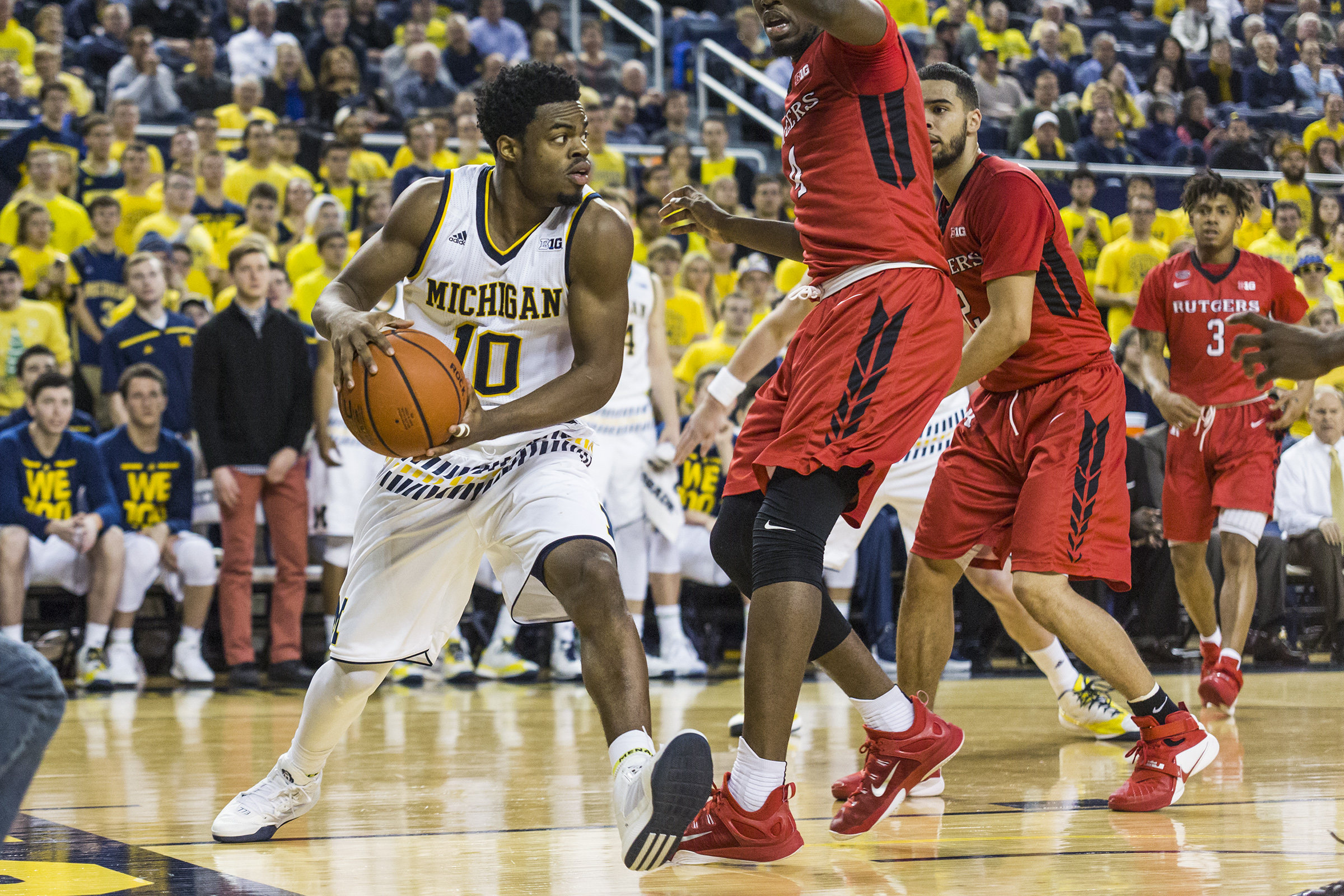 The Hoosiers’ rare combination of offensive and defensive execution explain their place on top of the Big Ten standings, and mean that the Wolverines will need their best performance in weeks to beat Indiana, no matter who is on the court.

Playing Minnesota (14th out of 14 teams in the Big Ten standings), Nebraska (ninth), Rutgers (13th) and Penn State (11th), the Wolverines have somewhat coasted to a four-game win streak.

They weren’t utter blowouts, and Michigan even trailed at times, but the LeVert-less team took care of business each time, and sit at a perfectly-satisfactory 7-2 at the midway point in conference play, 6-2 without LeVert.

Though it appears LeVert is much closer to returning than he’s been for weeks, he’s still only made it through one practice (on Sunday). In the past, Beilein has said that he would like to see his senior guard make it through multiple consecutive practices pain-free before discussing his return to game action.

So with LeVert listed as day-to-day yet again, the pressure shifts to his teammates for the ninth game in a row. And unfortunately for the Wolverines, the Hoosiers are a substantial step up from their previous opponents.

Indiana leads the conference in eFG% and defensive efficiency, and though it has had the easiest conference schedule by far, the team still boasts plenty of talent to hang with and beat anybody.

“Because they have so many shooters, that court is wide, and they can do so many things,” Beilein said. “It reminds me a lot of our team in ’13 when Trey Burke had the ball, you couldn’t just guard him.”

Playing the role of Burke in this situation is Yogi Ferrell. The senior guard is an All-American candidate, and is averaging 17.5 points, 4.3 rebounds and 5.7 assists per game.

Though a standout defender himself, the matchup with Ferrell will likely be one of the toughest of junior guard Derrick Walton Jr.’s career.

“I know he’s really fast, he handles the ball well,” Walton said. “He’s involved in a lot of what they do.”

In addition to Walton, other Wolverines will be expected to be at their best in Tuesday’s game. Among those will be redshirt sophomore forward Duncan Robinson.

On the short list of the nation’s best shooters for much of the season, Robinson has cooled off considerably, making just 33 percent of his shots in the last five games, including a lowly 1-for-5 performance in New York on Saturday.

“He was a little untimely,” Beilein said. “But I like that he had the gumption to shoot it.”

Robinson knows making shots is crucial to keeping pace with the Hoosiers, but knows that isn’t always so easy to control.

Instead, the focus shifts to a more controllable component of the game — transition defense. Indiana is last in the conference in turnover rate, and has proven to be even more sloppy on the road. With a strong defensive effort, Michigan knows it can flip the script on what is supposed to be an offensive shootout.

“They can get it going (offensively),” Robinson said. “But if all five (of us) are back and in our stance, that kind of changes the game I think.

“We have spells where we, I don’t want to say aren’t locked in, but we just kind of can not be as engaged as we should be and that can kind of translate over to the offense.”

And most important of all, according to the players, is sticking with the game, no matter the score. The Wolverines have yet to lose a single-digit game, highlighting a trend in which they tend to fall apart once they fall behind.

“I think we found some consistent leadership, myself and Zak and Duncan and Muhammad and the makeup is just to be ready for anything,” Walton said. “Against Purdue, when we got down a little bit and things got a little hectic … I wouldn’t say we got disjointed but we weren’t as connected as we wanted to be. I feel that (connection) now.”

The Hoosiers’ rare combination of offensive and defensive execution explain their place on top of the Big Ten standings, and mean that the Wolverines will need their best performance in weeks to beat Indiana, no matter who is on the court.

“One of the ways we can do that is Caris returning,” Beilein said. “But if not, we’ve still got to make it happen.”