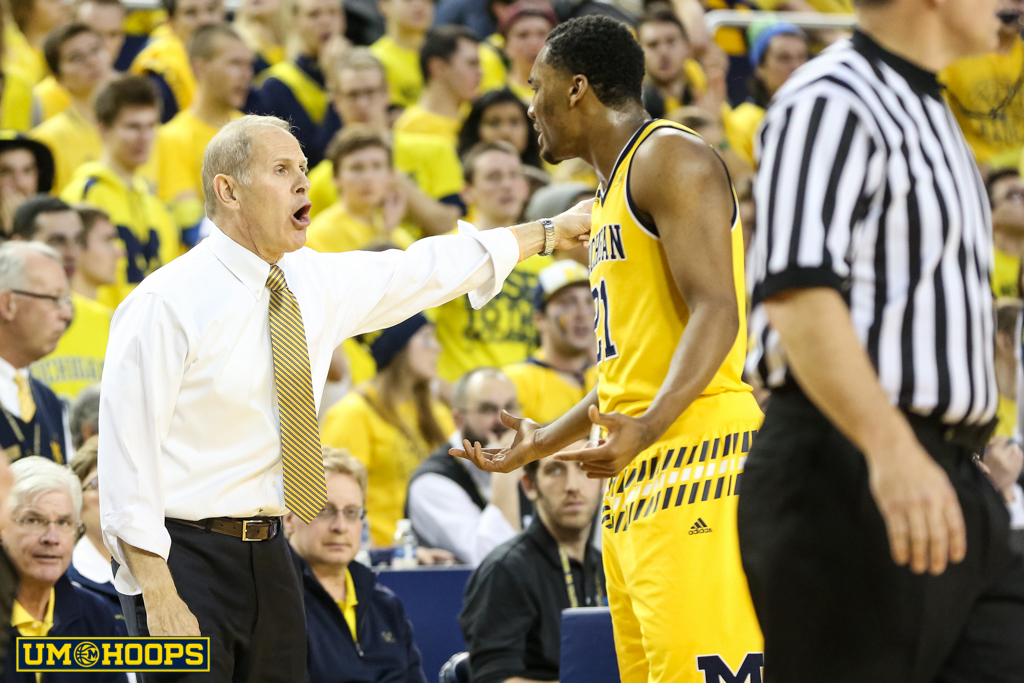 In a what was supposed to be a measuring stick week, Michigan fell flat again at home. Michigan State handed the Wolverines their second consecutive home loss in embarrassing fashion. The Spartans started hot and never cooled down, cruising to a 89-73 victory at the Crisler Center.

In a what was supposed to be a measuring stick week, Michigan fell flat again at home. Michigan State handed the Wolverines their second consecutive home loss in embarrassing fashion. The Spartans started hot and never cooled down, cruising to a 89-73 victory at the Crisler Center.

Michigan’s defense lost shooters in the first half before being overwhelmed inside in the second. On the offensive end, Michigan looked as flat and stagnant as it did earlier this week, struggling to create any consistent offense and sputtering from long distance.

A week ago the Wolverines were gallivanting around New York City with a 7-2 conference record, now they are searching for answers and starting to think about whether they’ll even make the NCAA tournament.

Forbes was unstoppable in the first half, knocking in 7-of-9 three-points for 23 first half points. He nearly kept pace with Michigan on his own as the Wolverines lost him in transition, through half court sets or simple miscommunication. Forbes is one of the very best three-point shooters in the country and he lived up to his billing in the win, finishing with 29 points on 10-of-13 (8-10 3-point) shooting.

After bombing the Wolverines in the first half, Michigan State ground Michigan to pieces in the second half. The Spartans threw the ball inside repeatedly to open the second and scored five of their first six baskets of the half with post players. The Spartans capped a 9-0 run and put the game away when Matt Costello stole a lazy pass by Duncan Robinson and took it the distance to stretch the MSU lead to 27 points.

Where do you start? This was perhaps Michigan’s worst performance of the year.

The defense defense was torched once again as it struggled to handle the number one priority: run Bryn Forbes off of the three-point line. The Spartans finished the game scoring over 1.25 points per possession on the offensive end and dominated the game in every facet.

But the Michigan offense that once looked terrific and now looks like a shell of itself. The Wolverines lack any confidence on the offensive side of the ball and are shooting threes hoping they go in. The Wolverines shot just 26 percent from long range and really failed to initiate any offense for most of the night.