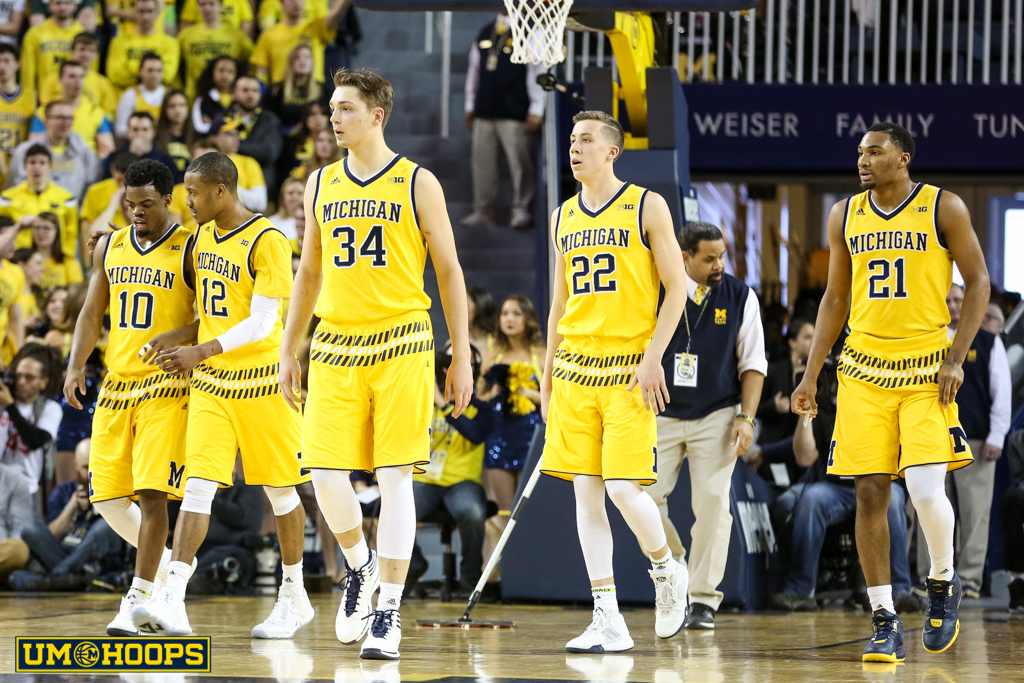 The Wolverines didn’t just drop two straight home games, they were embarrassed and outclassed in back-to-back games at home including a 16-point home loss to their in-state rival that could have been far worse. In every way, shape and form: Michigan looks like a defeated team.

Zak Irvin spoke about the Wolverines’ lack of mental toughness while John Beilein discarded that talk as ‘typical excuses’ and said that the Wolverines just aren’t good enough to beat teams like Michigan State or Indiana. I’m not sure which is worse.

The rational mind says that these type of slumps or runs happen over the course of any season, but it’s hard to generate much of any optimism after this trying week in Ann Arbor. Michigan dropped from 7-2 to 7-4 and the schedule isn’t getting any easier. Four of Michigan’s final seven games are on the road and only at Minnesota (Wednesday) and vs. Northwestern are projected as likely wins by KenPom.

There’s still little clarity over when and if Caris LeVert returns to the mix and at this point it’s fair to wonder whether he’ll even provide enough to turn this season back around.

Michigan State dominated this game from the opening jump, executing a scripted set play to open up Bryn Forbes for a wide open triple. He didn’t miss many more as he racked up eight on the evening. The Spartans’ offense was clinical, scoring 1.29 points per possession despite turning the ball over on over a quarter of its possessions in an impressive shooting night. Michigan State shot 64% on twos and threes in the win — knocking down 14-of-22 triples en route to a 78 percent effective field goal percentage.

At this point the only teams in the Big Ten playing worse defense than Michigan at Penn State, Minnesota and Rutgers.

Michigan tried the 1-3-1 zone in the first half because the man-to-man defense didn’t work and it actually provided a bit of life, but I hated the decision to stick with it down the stretch late in the half — especially out of timeouts. Bryn Forbes ended up killing the Wolverines with a pair of late threes against the zone that featured perfect execution by the Spartans.

Offensively, Michigan scored 1.06 points per possession mostly because its reserves were able to pad the stats against Michigan State’s reserves. When the game was close to competitive, or starters were on the floor, Michigan’s offense bogged down once again. Tom Izzo made a smart move to just switch every 4-5 pick-and-roll with Zak Irvin, which took away any of the roll options and forced Irvin to fire up mediocre jumpers over longer defenders.

Michigan was shooting hopeful shots rather than shooting to make shots all night and made just 8-of-28 three-pointers in the defeat as Duncan Robinson was held without a triple for only the second time of his career.

This team is down and beaten and headed to Minnesota next to face a win-less team that gave it a game on its home floor. The Golden Gophers have won one game since November, but will be riled up to face Michigan. The Wolverines are going to have to do some soul-searching this week because a loss at the Barn could send their season off the rails headed down the stretch.