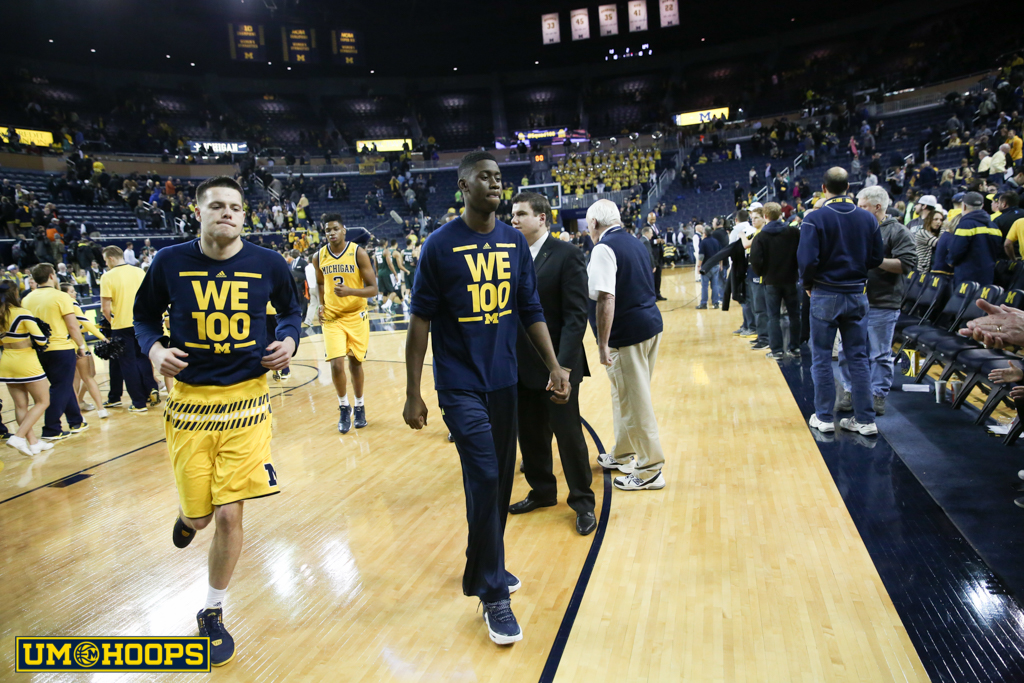 Sandwiched between games against No. 8 Michigan State and No. 18 Purdue, Michigan could catch a bit of a break at Minnesota. And with LeVert progressing, possibly even returning, the Wolverines just might get their swag back too.

It’s no secret that the Michigan basketball team is in a team desperate to catch a break.

In the midst of the Big Ten grind, attempting to move past consecutive landslide losses and missing its two seniors and best player, the Wolverines have fielded frequent but fair questions about leadership, health, fatigue and consistency. What looked like another successful season is now an enigma.

At this point, Michigan (7-4 Big Ten, 17-7 overall) will take any semblance of good news it can get — and a trip to Minnesota on Wednesday just might do the trick.

The Golden Gophers (0-11, 6-17) have yet to win a Big Ten game, and have only one win — over Chicago State — since November. Of all the teams the Wolverines could play while trying to break out of a slump this late into the season, Minnesota is as good as it gets.

“You have to get a win somewhere along the line again to feel good,” said Michigan coach John Beilein. “Any time, any place, against anybody.

“You’ve got to get that swag back that those two losses can just take away from you.”

To do so, the Wolverines will have to make themselves at home in Minnesota’s Williams Arena, commonly referred to as “The Barn.” With a capacity nearing 15,000, a raised court and close, echoing stands, the arena is commonly cited as one of the toughest places to play in the Big Ten — even when the Golden Gophers are dreadful.

This season, Purdue, Michigan State and Indiana have all been held within single-digits of Minnesota at the barn. Michigan succeeded at North Carolina State, Illinois and Nebraska, but floundered against Southern Methodist, Purdue and Iowa. To the Wolverines’ credit, they’ve generally played well at The Barn, winning five in a row dating back to 2008.

The key to ensuring the Golden Gophers join the former category is consistency. Though not a strong point for the Wolverines as of late, the blueprint is there.

“(We need) to be hungry out there,” said sophomore forward Aubrey Dawkins. “It’s a hostile environment, so we need to just focus on us, focus on what we can control and do our best. That’s all we really can do.”

Of course, Michigan may be on the verge of another fortunate break. After missing the last 10 games to a lower-left leg injury, senior guard and leading scorer Caris LeVert has been upgraded to what Beilein called a “possible game-time decision,” and could return against the Golden Gophers.

Nearing the end of one of the more puzzling injuries he’s encountered, Beilein noted that doctors have cleared LeVert to play, the senior is practicing pain-free and that LeVert has total say as to when he returns to game action.

“You try to guide him, but it’s his call,” Beilein said. “There’s a time you’ve got to either jump in the water or you don’t jump in the water, you’ve just got to go. You either swim or you can’t swim. You figure out if you can do it and don’t look back.

“I want him to feel really comfortable about it. I would do this with anybody, by the way. Some guys may look at their future differently than he is, (he) obviously has some great opportunities awaiting him in a few months. So that adds to it a little bit.”

With or without LeVert, the Wolverines will be the favorite against Minnesota. Michigan took down the Golden Gophers in Ann Arbor 74-69 on Jan. 20 despite an eFG% of just 43.6. Minnesota’s pace and defense has a knack for keeping games close, especially in Minneapolis, but the Wolverines’ talent gives them an advantage nonetheless.

Sandwiched between games against No. 8 Michigan State and No. 18 Purdue, Michigan could catch a bit of a break at Minnesota. And with LeVert progressing, possibly even returning, the Wolverines just might get their swag back too.