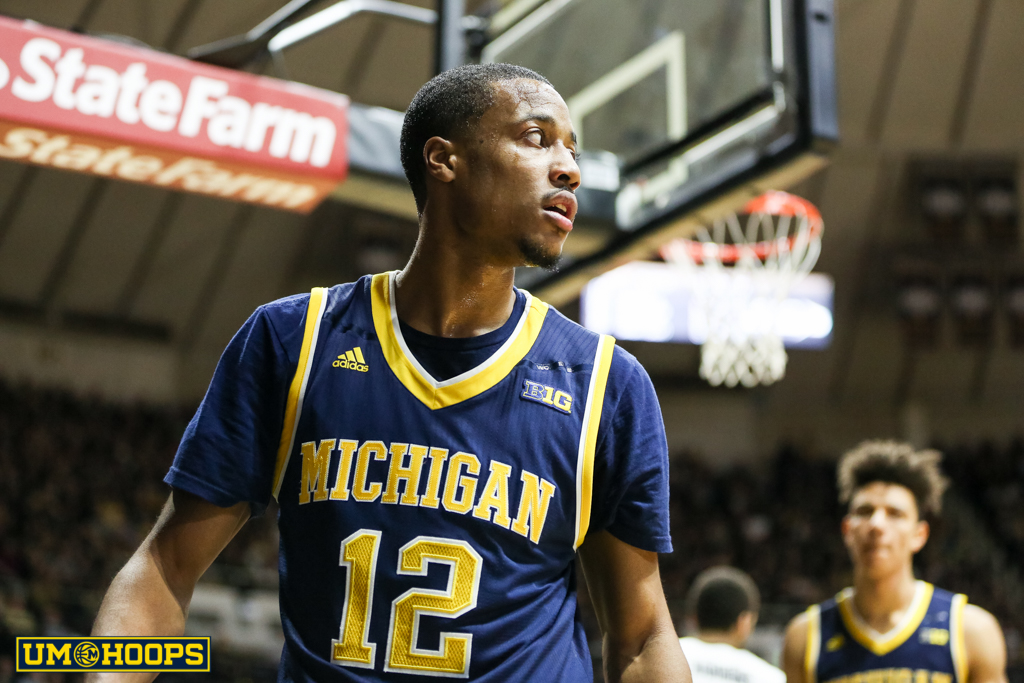 The 18th-ranked Boilermakers boast two 7-footers that play regular roles, are one of a select few teams in the country to not be out-rebounded once this season and are among the best shot-blocking teams in the nation.

You don’t have to know much about Purdue basketball to know its strength on the court.

The 18th-ranked Boilermakers boast two 7-footers that play regular roles, have a five-star freshman big man playing the power forward, are one of a select few teams in the country to not be out-rebounded once this season and are among the best shot-blocking teams in the nation.

And after getting dominated in the post on both ends of the floor in its previous matchup against Purdue, you don’t have to tell Michigan twice.

“This is the premier low-post, post-feed team maybe in the entire country,” said Michigan coach John Beilein. “(It’s) not necessarily a strength of ours if you’ve been watching our games, so it’s going to be a challenge.”

With senior guard and leading scorer Caris LeVert ruled “not ready” by Beilein in Friday’s press conference, the Wolverines will roll out the same lineup that it did in their 87-70 loss to the Boilermakers on Jan. 7.

Though Michigan remained close for much of the game, the interior presence of 7-foot A.J. Hammons, 7-foot-2 Isaac Haas and 6-foot-9 Caleb Swanigan proved to be too much for the Wolverines to handle.

“We have to orchestrate our defense so we can defend in the post enough to not give them (anything),” Beilein said. “Sometimes we overdid it last time, and they threw it over the top because we were trying too hard and they got easy, easy layups.

In January’s game, Michigan was not only set back by LeVert’s absence and the road atmosphere, but by its four forwards generating a foul apiece in the games opening four minutes, negating any benefits the group’s depth could have brought.

On the offensive side, the Wolverines had one of their worst performances of the season. Except, of course, for Abdur-Rahkman. The sophomore tallied a career-high 26 points in the contest, including 16 points in the paint.

Asked what worked for him in West Lafeyette, the 6-foot-4 guard cited Friday an ability to drive the lane and play physically as his key to success.

“I think that they gave up straight line drives to the basket because they have shot-blockers,” Abdur-Rahkman. “That played into my hands because that’s what I’m better at doing — getting downhill and finishing at the basket.”

As for avoiding those shot-blockers, fearlessness was the key to both Beilein and Abdur-Rahkman.

“Get into their body,” Abdur Rahkman said. “It’s hard to block a shot when someone’s against your body and underneath the basket like that. That would be the key in the next game.”

Added Beilein: “You just can’t change your moxie if you get a shot blocked, which you see a lot of young players do today.”

Michigan literally faces a big challenge on Saturday, but with its best 3-point shooting performance in six weeks occurring Wednesday, Abdur-Rahkman’s return to offensive efficiency (16 points on five shots) and a better awareness of what Purdue presents, the Wolverines might be able to rise up to it.