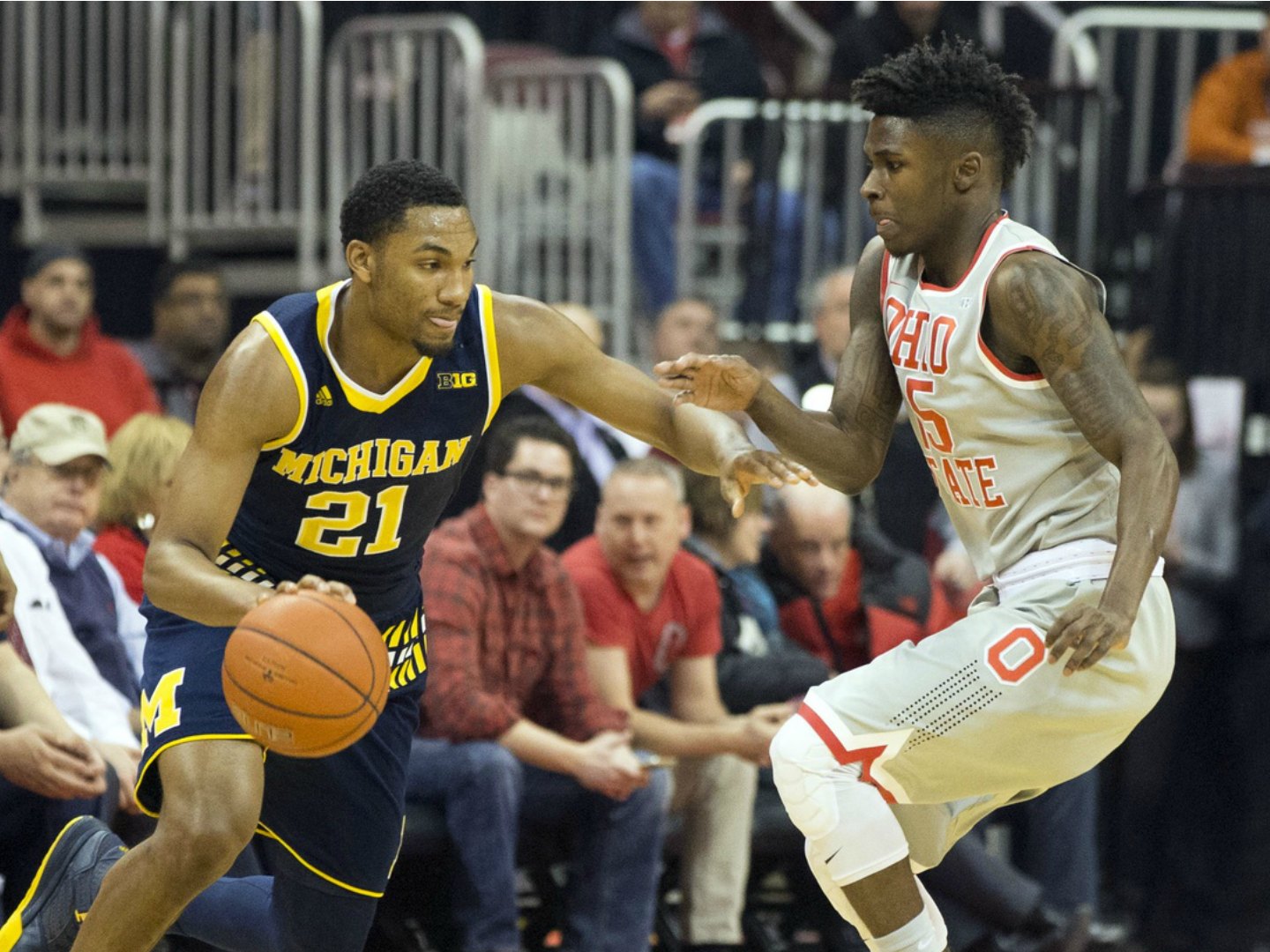 Michigan has won without defense before, but it took it 26 games for it to win a game without offense. That was Saturday’s win over Purdue, a victory that left players and coaches talking about a newfound toughness, energy and intensity on the defensive end of the floor.

72 hours later the Wolverines were on the road trying to win without offense once again, but the defense wasn’t there either. The result wasn’t all that surprising: a double-digit road loss.

Michigan has won without defense before, but it took it 26 games for it to win a game without offense. That was Saturday’s win over Purdue, a victory that left players and coaches talking about a newfound toughness, energy and intensity on the defensive end of the floor.

72 hours later the Wolverines were on the road trying to win without offense once again, but the defense wasn’t there either. The result wasn’t all that surprising: a double-digit road loss.

From the opening jump, Michigan seemed to lack the energy that would be required to win in Columbus. Ohio State jumped out to an early lead, Michigan crept back in and took a modest lead of its own and then the Buckeyes took the lead back once and for all with 10:02 to play.

Ohio State hadn’t beaten a team above it in the Big Ten standings before tonight — it had only played one at home to this point — and it wasn’t going to let a chance to beat Michigan slip away. The Buckeyes held onto the lead and were able to comfortably stretch it to double digits for most of the second half.

Perhaps the most frustrating part of this performance from a Michigan perspective is that Ohio State didn’t play some incredible game and put the Wolverines away, the game was always right there for the taking. The Wolverines cut the lead to single digits on four or five difference occasions but they could never string together five or six positive possessions in a row to string together any momentum.

Michigan’s offense just couldn’t make a shot. The Wolverines had plenty of open threes and took plenty of ill-advised three — very few of them went in. The Wolverines were the better team on the offensive glass (outscoring Ohio State 11-3 in second chance points) and didn’t have many turnover issues, but just couldn’t make baskets. Michigan shot 51% on twos and 21% on threes for a 43 eFG%.

There are some scary signs that Michigan’s three-point shooters are just running out of gas. Duncan Robinson, Derrick Walton and Zak Irvin continue to struggle from three and Michigan has now had five of its eight worst three-point shooting performances in the last six games. Better defense plays a part, but shooters that usually make shots are missing open shots. The Wolverines don’t have a margin for error in any other department when the three-point shot isn’t falling.

The Buckeyes scored 1.14 points per possession on the night, their third-best offensive performance of the Big Ten season trailing only Rutgers and Northwestern at home. While the offense struggled, there was no question that Michigan let its offensive woes affect its defense.

Ohio State overwhelmed the Wolverines by posting them up across the board. While Zak Irvin was able to exploit a mismatch against Caleb Swanigan against Purdue, Tate is the perfect type of player to overpower Irvin but still have the quickness to defend him. Tate was critical, but other Ohio State wings were also able to exploit smaller Michigan players on the block and their bigs joined in the party as well. The Buckeyes made 16-of-20 shots at the rim in the win and Michigan just couldn’t find any defensive answers. The two times that John Beilein experimented with zone looks (1-3-1 and 2-3), both resulted in dunks.

Foul trouble caught up to Michigan in the second half as the Buckeyes were in the bonus with over 10 minutes to play. On the game, Ohio State shot 23 free throws to 50 field goal attempts and its efficiency at the stripe (73%) kept the Wolverines at bay down the stretch.

This Michigan team just continues to teeter up and down along the bubble. This was Michigan’s first loss against a team outside of the top-50, but coming on the road it wasn’t really a surprise for a team that’s rarely accomplished the unexpected.

Frankly, it’s hard to say where this team goes from here. The feel good story of working Caris LeVert back into the rotation appears to be closer to a pipe dream as he was unable to practice over the last few days despite playing on Saturday and holding a press conference about his recovery on Monday.

Beilein reported after the game that the main rotation will basically have two days off this week to try to recover their legs a bit, but a trip to College Park looms large on Sunday before what has become a must-win against Northwestern at home. The Wolverines need wins and there aren’t many straightforward chances left on the schedule to get them.