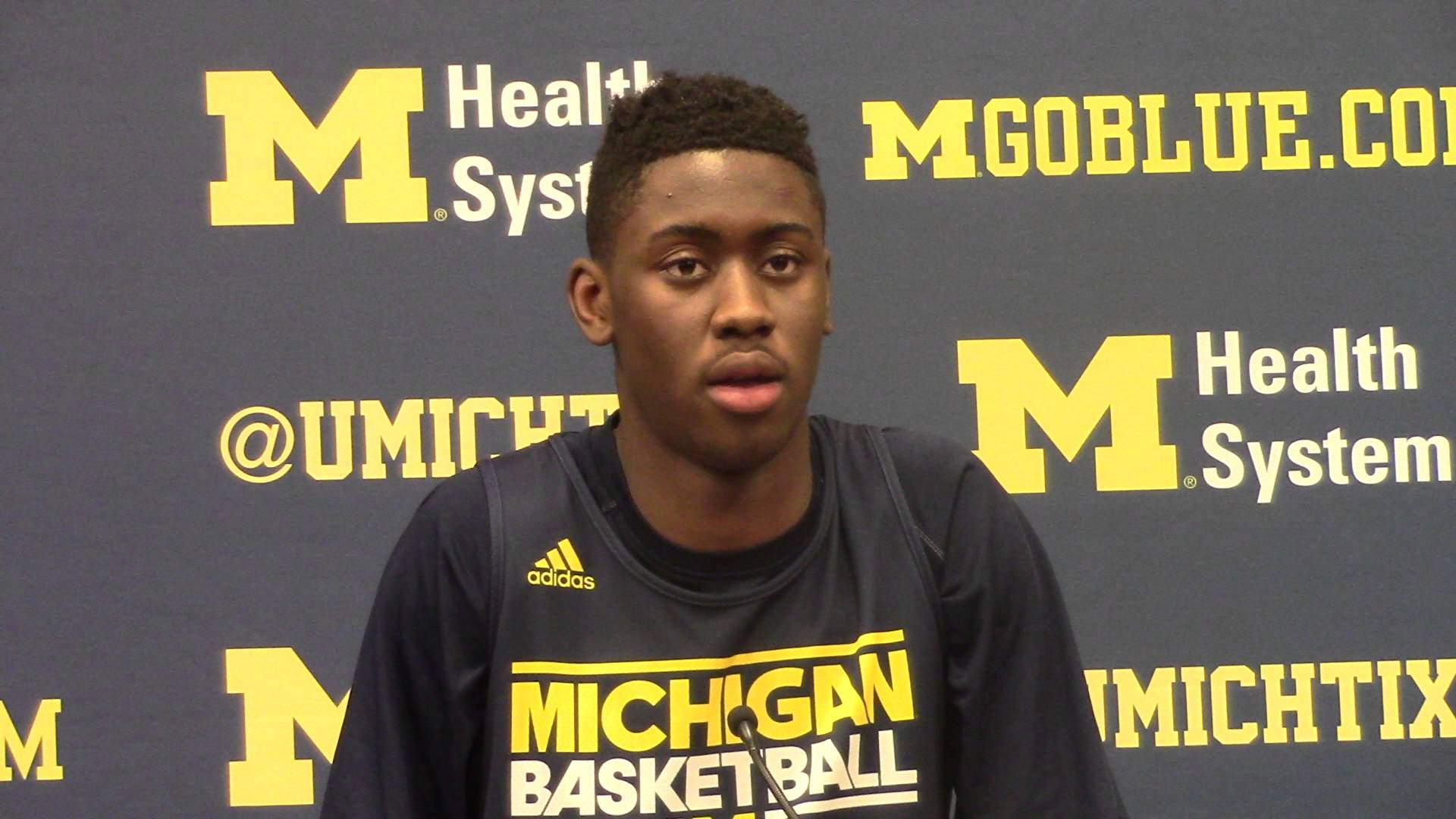 With a trip to No. 6 Maryland looming on Sunday, Michigan coach John Beilein admitted that LeVert is doubtful for Sunday’s game, and that the star player now faces the risk of being shut down altogether.

On Monday, the Michigan basketball team was bubbling with optimism.

The Wolverines had just upset No. 18 Purdue, their woes on offense and defense appeared to be in the past and, most importantly, senior guard and leading scorer Caris LeVert spoke with the media about his return from injury and his relief to be playing again.

But by Friday, those bubbles were popped.

Now, with a trip to No. 6 Maryland looming on Sunday, Michigan coach John Beilein admitted that LeVert is doubtful for Sunday’s game, and that the star player now faces the risk of being shut down altogether.

“We hope that he had a temporary setback in that Purdue game and we’re very optimistic that he will return,” Beilein said. “But there will be a time, pretty soon, where we may have to just shut it down, as well. We don’t know.”

The answer is similar to what the coach has said in press conferences, but previously, Beilein had been adamant that LeVert was not going to be shut down.

Yet with just four regular-season games remaining and a sudden return of pain in what Michigan has only specified as a “lower-left leg injury,” that seemingly inevitable return is suddenly in doubt.

“We’ve been talking about that for a long time,” Beilein said. “When you get into the last couple of games and you have what’s at stake for him, I’ve got to advise him in the right ways right there. If he’s not going to be at 100 percent and risk further injury, then that doesn’t make a lot of sense.”

Prior to the injury, LeVert led the Wolverines in points, assists and rebounding. The senior also carried plenty of preseason accolades both in the Big Ten and nationally, and is still projected as a first-round NBA draft pick.

But with each passing game that he doesn’t return, Michigan’s postseason aspirations grow murkier, and a fanbase grows more frustrated.

“That’s the way this has gone for a while and it’s not his fault and it’s not our fault,” Beilein said. “It’s tough to predict health and the science of health and the rehab of health. That’s what it is. He’s in slighter pain every day and unless there’s a miracle, we’re going to plan on him not practicing or playing against Maryland. But tomorrow he could feel really good. But we’re not putting him out there when he’s still in pain.”

Though the Terrapins have lost two games in a row, they remain one of the most talented teams in the country — especially on their home court. Without LeVert, the Wolverines lose a key piece that can help them match the talented Maryland squad.

But after a setback that Beilein said occurred following the Purdue game on Saturday, LeVert’s presence is doubtful

“When it still lingers five days later like it is today, now we say, ‘Okay, he must have done something,’ ” Beilein said. “It wasn’t just residual action.”

With the final games of his final season in a Michigan uniform passing by, LeVert has remained in sweats, idly watching as his teammates try to punch their ticket into the NCAA Tournament.

LeVert might return. But for the first time all season, Beilein acknowledged that he might not, too.

“I just feel bad for the kid,” Beilein said. “This is a kid who was a player-of-the-year candidate two years in a row and of the last 32 possible Big Ten games, he’s missed 24, and I think we’re like .500 if you add those games together. … I think this is more about him than us. This is a kid that, with all the accolades going around all over the country, this is a kid who would deserve all those things.

“He’s an extremely spiritual and faithful young man and it’s absolutely amazing how he’s handling it.”