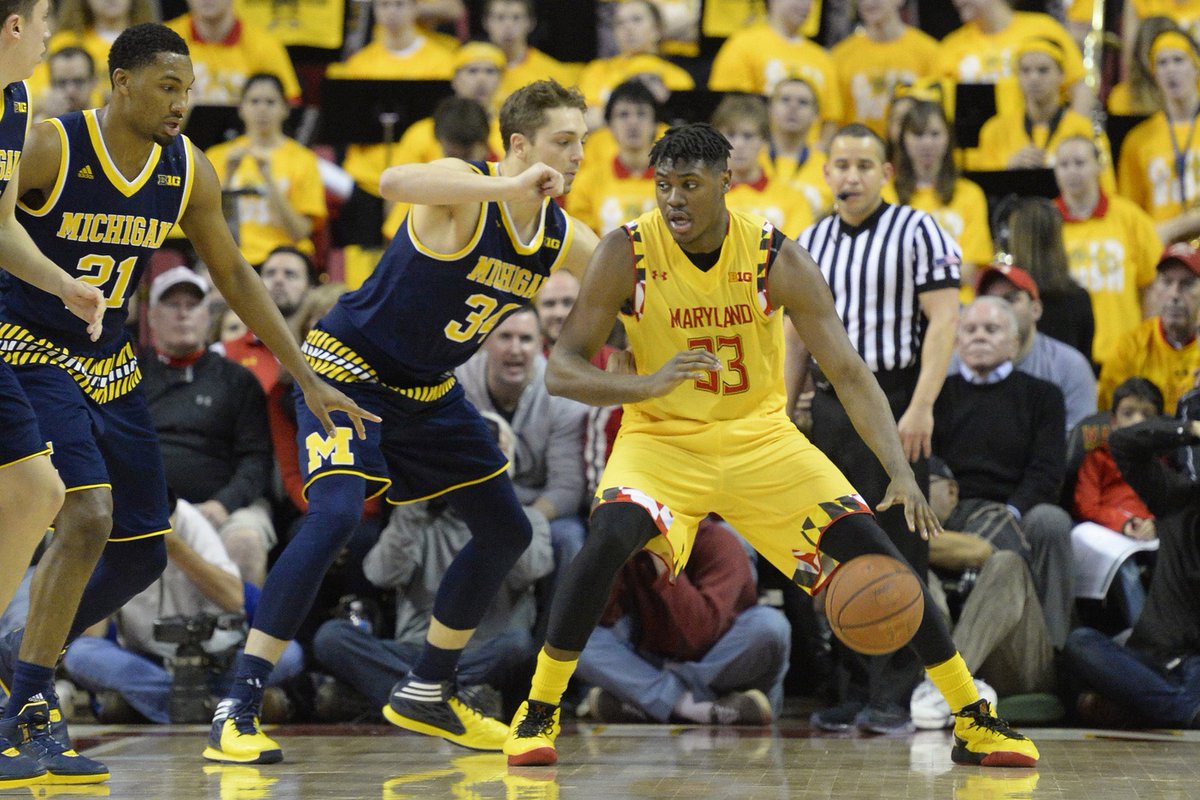 Michigan played a thrilling back-and-forth game in College Park on Sunday afternoon, but just couldn’t figure out a way to escape with a road upset over No. 5 ranked Maryland.

Michigan played a thrilling back-and-forth game in College Park on Sunday afternoon, but just couldn’t figure out a way to escape with a road upset over Maryland.

The best and worst of this Michigan team was on display in the loss.

But unlike some other losses this season, Michigan showed off its good side too. The Wolverines executed their pick-and-roll offense to perfection in the second half as Mark Donnal went for 25 points on the game. The Wolverines hit their threes for the first time in what feels like weeks, knocking down 13-of-27 long range attempts. And mostly importantly, something that we just haven’t seen consistently enough this season, Michigan battled.

John Beilein’s team fought its way out of a 16 point first half hole, taking the lead in the second half. Then after Maryland took it back, Michigan fought its way back to another lead. After falling woefully short at Ohio State in the effort category, the Wolverines traded blows with the top-ten ranked Terps despite committing a myriad of mistakes that they’d love to have back.

This game was a track meet with 40 first half possessions and 75 for the game. Both teams were loose with the ball and the offense was free flowing throughout despite Michigan’s first half drought.

In the second half, Michigan’s offense started clicking in a way that it hasn’t for weeks. The Wolverines scored 46 points in 35 second half possessions against the Big Ten’s best defense — a respectable 1.09 points per trip for the game. Mark Donnal’s 22 points on 11 second half shot attempts powered the offense, but they were the result of ball movement and pick-and-roll flow that has been absent for weeks. For the game, Michigan tallied an impressive 22 assists on 32 made field goals,

Defensively, one of the biggest differences was at the free throw line. The Terps attempted 19 free throws to Michigan’s 8 and while there was some late game fouling, Trimble’s ability to pick up free throws late in the game helped balance out the Terp offense.

Outside of Trimble, who also had 7 turnovers to just one assist, Michigan had no answer for the lengthy combination of Robert Carter and Jake Layman, who combined for 33 points on 19 shots after tallying 33 points on 21 shots in the first meeting.

The saving grace for the Wolverine defense was its ability to force turnovers. The Terps gave the ball away on 24% of their offensive possessions which led to 21 Michigan points. On the flip side, that means that Maryland scored 1.51 points per possession when it didn’t turn the ball over. When the Terps ran their offense and stayed under control, Michigan just couldn’t come up with the defensive answers and allowed Maryland to shoot 59% on twos and 44% on threes.

At the end of the day, this is the sort of feel good loss that only means something if it can turn into something more. Donnal’s (re)emergence, Chatman’s minutes off the bench, Abdur-Rahkman’s passing ability — these things have to be permanent if Michigan wants to take a step forward. Michigan played one of its better games in weeks, but still has nothing to show for it.

Wednesday’s home game against Northwestern is setting up to be a season defining game. A win won’t necessarily punch Michigan’s ticket to the NCAA tournament, but a loss could rip it to pieces.