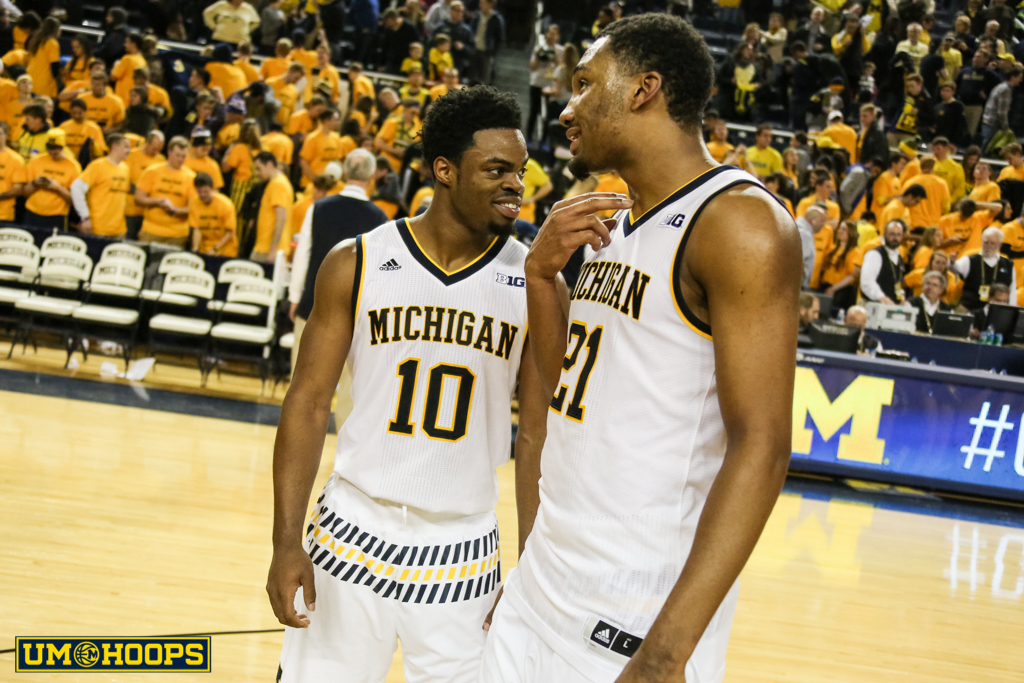 Michigan is squarely on the bubble with two weeks to play in the regular season. Here’s the latest on where the Wolverines stand in notable bracket projections.

Michigan appeared to have pushed itself off the bubble with a win over Purdue, but is squarely back on the bubble after losses at Ohio State and Maryland.

“We’ve got three games left, two are at home,” John Beilein said after Michigan’s loss at Maryland. “It is what it is for about everybody in this country. You’re sitting there, you’ve got to win the games you need to win. I tell our guys there’s a formula for it. I just watch it, it’s in my head.

The Wolverines have three great wins — Texas, Maryland and Purdue — but not much else on their NCAA tournament resume. If the field was selected today, Michigan would be in — according to most bracketologists — but a trip to Dayton is a distinct possibility and CBS Sports’ Jerry Palm is already projecting just that.

Michigan faces a pivotal week with Northwestern at home and a trip to Wisconsin. A pair of victories could punch Michigan’s ticket, but things will become very dicey if the Wolverines fall at home to Northwestern. The trip to Madison is important because it’s a chance to beat a fellow conference bubble team on their home floor.

Top-100 RPI wins have been a hot topic when examining Michigan’s resume because there’s a legitimate chance that the Wolverines could finish the season with just three — all in the top-50.

Statistics regarding the rarity of a team with just three RPI Top-100 wins making the NCAA tournament have been swirling around Twitter, but Michigan’s situation is a bit more complex. The Wolverines have played predominantly teams inside the top-50 or outside the top-100, but also have several wins on their resume just on the cusp of the top-100.

Penn State’s upset win over Iowa has pushed the Nittany Lions to the brink of the top-100, hovering around the 99 through 102 spots in most calculations. Similarly, N.C. State is hovering in a similar spot, currently checking in at 99th in the RPI.

Should it really matter where Penn State and N.C. State finish? If they finish 98th and 99th does Michigan really have a better resume (with three extra top-100 wins) than if they finish 101st and 102nd? It shouldn’t, but given the way that the selection committee’s team sheets are constructed, it can’t help but play at least a part.