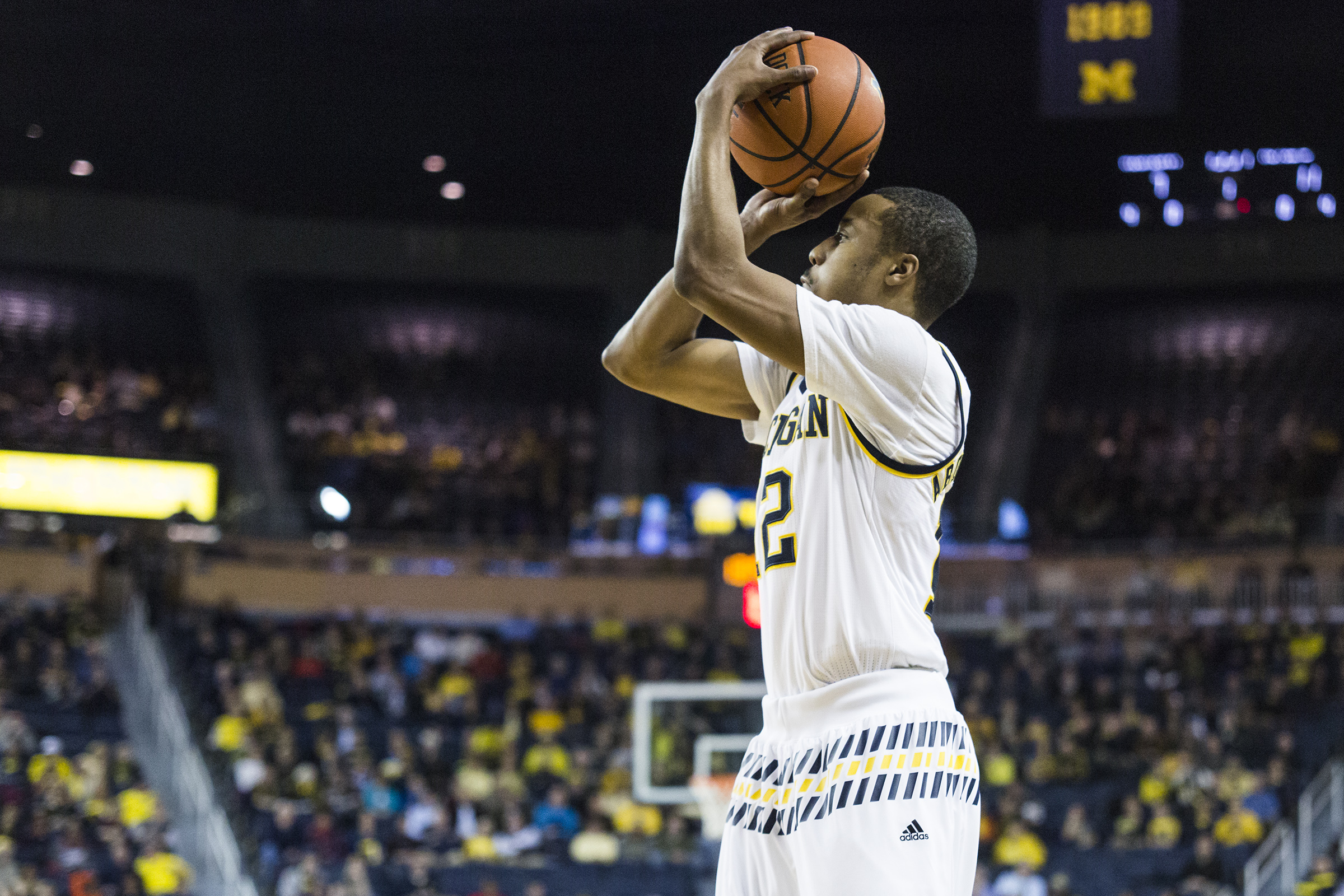 With winter storms and a middle-of-the-road team in town, the Crisler Center crowd was a tame and sparse as it had been all season. And despite being the clear favorite on paper, the Michigan basketball team matched its fans efforts early on.

Falling behind, 10-0 in the opening minutes and failing to hit a 3 until the first-half buzzer sounded, it took the Wolverines over 30 minutes of game action to take a lead over Northwestern (5-10 Big Ten, 17-11 overall). Michigan eventually caught up, but shooting struggles and lapses on defense kept the Wildcats in the game until the final minutes.

MVP: Muhammad-Ali Abdur Rahkman. It was a quiet night for most of the Wolverines. Turnovers, struggles from 3-point range (4 for 15 on the night) and a surprise man-to-man defense from Northwestern nearly resulted in Michigan receiving an upset loss that would just about ruin its NCAA Tournament hopes.

But when everyone else struggled to put points on the board, Abdur-Rahkman was there to keep the Wolverines afloat. The sophomore guard led the team with 19 points, using floaters and strong drives to the rim to pace Michigan whenever it needed a basket.

It was over when… With 1:20 to go in the game and Northwestern down just five points, sophomore guard Aubrey Dawkins took a loose ball rebound from Tre Demps, and carried it down the court for an easy lay-in. It gave the Wolverines their largest lead of the night and left the Wildcats in desperation mode.

Unsung hero: Aubrey Dawkins. Michigan’s 3-point shooting woes are discussed as tonight’s key stat, but Dawkins proved to be a game-saving exception. The sophomore forward hit two 3s in just over a minute to pull tie the game for the first time since the opening tip. Dawkins ended the game with just 11 points, including three of Michigan’s four made threes, but also chipped in seven rebounds and led Michigan with a plus-minus of 21.

Key Stat: When a team relies on the 3-point shot as much as any team in the country, it is expected that the team will be proficient at making threes. That was not the case for Michigan Wednesday night, as the Wolverines missed their first nine attempts and shot just 4 for 15 from beyond the arc. And when you take out Dawkins’ 3-for-3 performance, that rate looks even worse.

Before the game, Michigan was sixth in the nation in reliance on the 3-pointer, and was 12th in 3-point shooting percentage (40.1 percent). That effectiveness wasn’t there for the Wolverines, and it nearly caused them to lose to the Wildcats.