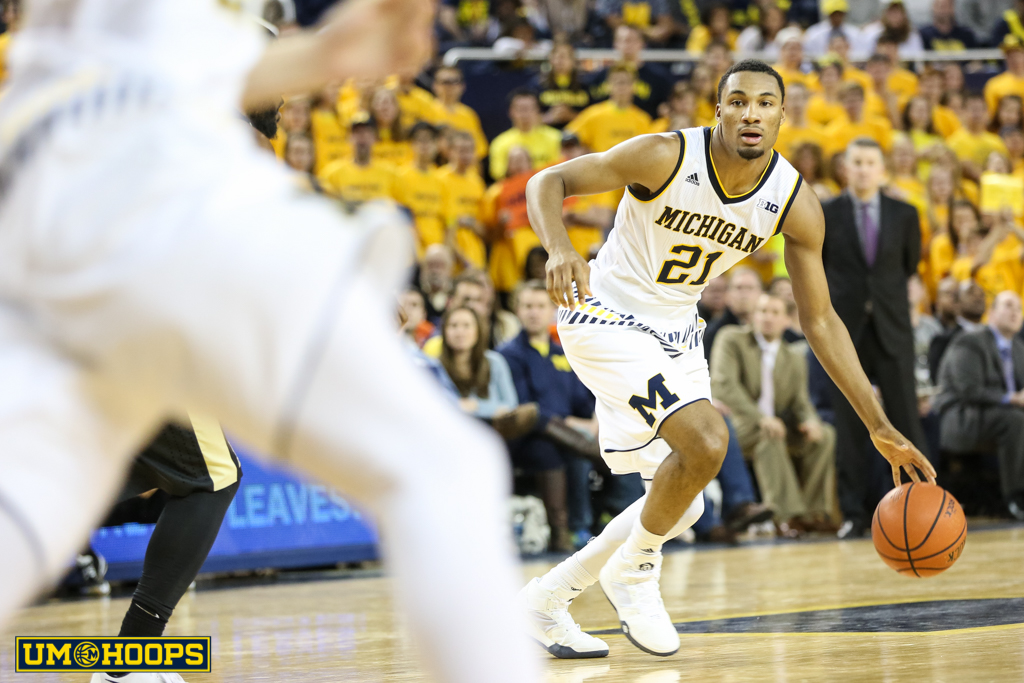 Michigan’s season is getting down to crunch time and tonight’s home game against Northwestern is about as close to it gets as a must win. It’s not so much that a win will cure the Wolverines’ problems as a loss would cripple them.

Michigan’s season is getting down to crunch time and tonight’s home game against Northwestern is about as close to it gets as a must win. It’s not so much that a win will cure the Wolverines’ problems as a loss would cripple them.

Michigan, given its resume built primarily on avoiding a bad loss, can’t afford to lose to an average Northwestern team on its home floor this late in the season. For the Wildcats, a win at Michigan would be one of the top-achievements for a team that has gone just 4-9 since starting the season 13-1

Northwestern has 17 wins this year, but not many have come over quality opponents. The Wildcats have played 8 games against ‘tier A opponents’ (KenPom’s schedule adjusted top-50) and has lost all but one of them, at Nebraska — one of its two Big Ten road wins this season. The Wildcats are scoring exactly 1 point per possession in league play, 10th best in the conference, and have allowed 1.07 points per possession (9th).

However, this is one of the first Northwestern teams in years that isn’t horrible on the glass. Chris Collins has his team ranked 6th in offensive rebounding, grabbing 29.8% of Big Ten misses, and fifth in defensive rebounding. Those numbers might not wow anyone, but they are a huge improvement for a Wildcat program that has been an awful rebounding team for years.

Defensively, the Wildcats have fallen victim to the three-point shot and their tendency to foul. League opponents are shooting 37.5% from three (11th) and attempt 36 free throws per 100 field goal attempts (11th). The interior defense has been solid, allowing just 47.1% shooting inside the arc, but teams are attempting nearly 40% of their shots from three-point range — the second highest total in the league.

Tre Demps and Bryant McIntosh are the only Big Ten guards logging more minutes in conference play than Derrick Walton and Zak Irvin. Both players run a lot of pick-and-roll action and attempt a healthy dosage of three-pointers.

McIntosh is the younger and more versatile player and I think he still has the potential to be a star in the Big Ten. Looking at his shot chart, his ability to score in the mid-range and with the dribble pull-up is particularly impressive for a young player. He’s an above-average shooter overall, but struggles to finish at the rim.

Demps is a volume shooter who lacks great efficiency numbers, but is capable of exploding on any given night. He’s the conference’s premiere irrational confidence player as he he’s not a great three-point shooter by any means, but has no hesitation getting shots up in a hurry.

Alex Olah is a name that should give Michigan fans nightmares after he dropped 25 points and 12 rebounds on 12-of-18 shooting in Northwestern’s double overtime win over Michigan last March. For all intents and purposes, Olah was unstoppable in that game on the low block as he took Doyle, Bielfeldt and Donnal to school. Olah is still very good in post-up situations, but he missed six games due to injury and has been working his way back into the rotation.

Freshman big man Dererk Pardon was originally set to redshirt this season before Olah’s injury, but emerged early in Big Ten play. He’s a top-15 offensive and defensive rebounder in the conference and shoots 65% on twos, but he’s seen his playing time diminish over the last few games.

6-foot-8 freshman Aaron Falzon is a three-point threat off the bench. He’s shooting just 31% from three in conference play, but three-quarters of his shot attempts are threes. 6-foot-8, 225 pound sophomore Gavin Skelly has seen an uptick in playing time. He’s a 69% two-point shooter on limited attempts who has also knocked down 2-of-6 three-point attempts.

This is the only projected win left on Michigan’s regular season schedule, with KenPom projecting a 72-65 Michigan win, giving the Wolverines a 77% chance at the home victory.