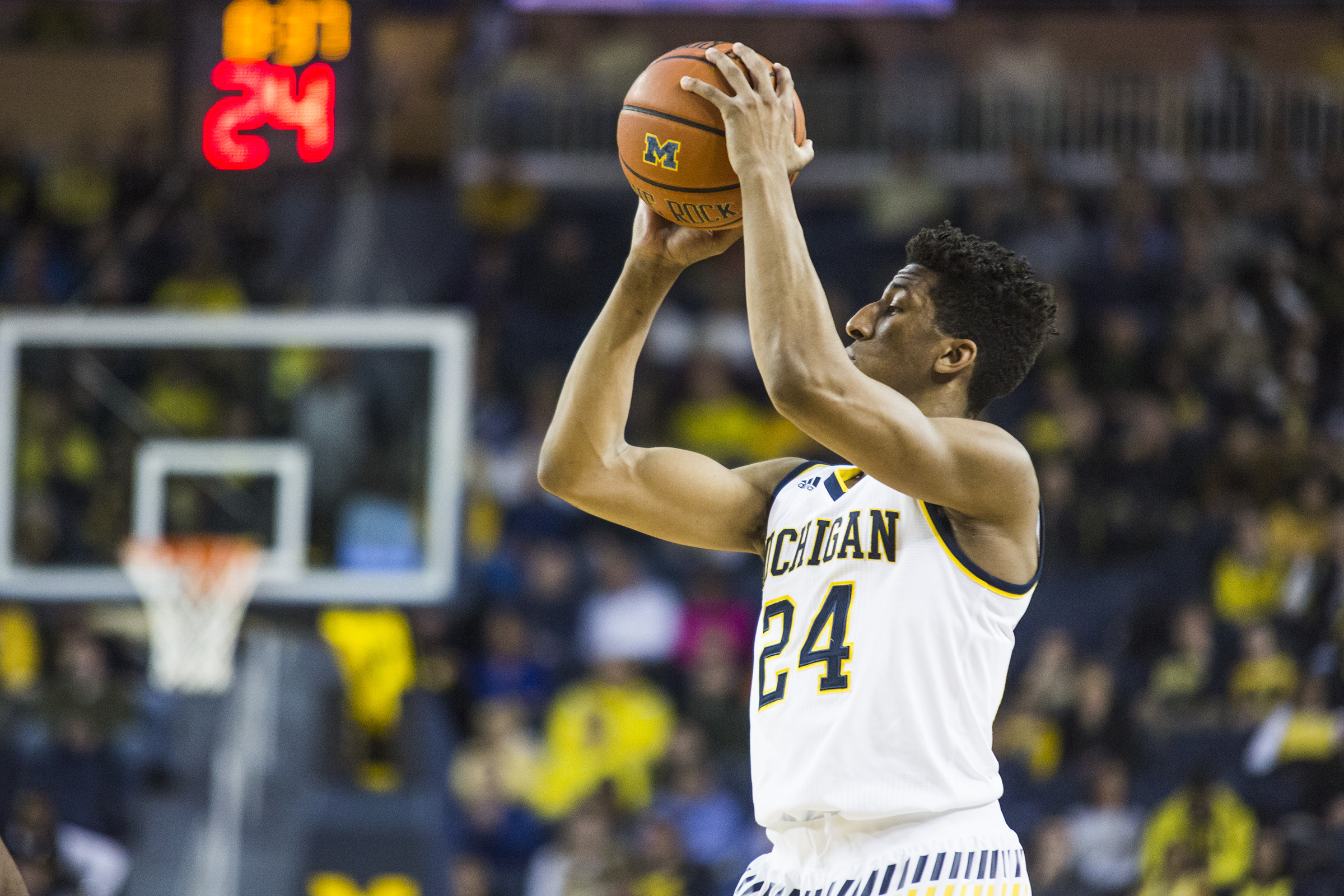 Behind Muhammad-Ali Abdur-Rahkman’s 19 points and the clutch bench play of Aubrey Dawkins and Ricky Doyle, Michigan’s sophomore class steered the team past Northwestern and kept its NCAA Tournament hopes alive.

When the season began, the Michigan basketball team knew it had two seniors to keep everyone in line when the Wolverines struggled.

And when Spike Albrecht and Caris LeVert both went down with injuries, the Wolverines were able to instead lean on their juniors to fill the void.

But on Wednesday, when Michigan found itself down 10-0 early and its juniors — guard Derrick Walton and forwards Zak Irvin and Mark Donnal — were struggling to produce, the Wolverines’ third wave of leadership shined through.

Behind Muhammad-Ali Abdur-Rahkman’s 19 points and the clutch bench play of Aubrey Dawkins and Ricky Doyle, Michigan’s sophomore class steered the team past Northwestern and kept its NCAA Tournament hopes alive.

“We need that,” said Michigan coach John Beilein of his team’s productive youth. “You see all of our good teams over the years, we had a bench that could just come off and get us some baskets.”

Abdur-Rahkman got those baskets early, often and late, usually when no one else could.

Despite being a team that relies heavily on a matchup zone defense, the Wildcats came out in man-to-man from the get go. As Michigan’s offense went empty in its first 8 trips down the floor, Northwestern quickly stormed out to a 17-4 lead on the heels of Alex Olah and, for a moment, looked primed to bury Michigan’s NCAA Tournament hopes.

“I thought he was tremendous,” said Northwestern coach Chris Collins. “His ability to drive the ball, get by our guys, get to the basket, draw fouls. If he did miss, we were in rotations so they got offensive rebounds. I thought he played a great game and was a big difference in the game.”

More importantly, the deficit had been narrowed to one. But when the Wildcats went on an 8-0 run to start the second half, Abdur-Rahkman had to take control again just to keep Michigan in it. He did that, and ended the game with a game-high 19 points. Whenever Michigan needed a basket, Abdur-Rahkman was up to the challenge.

“Muhammad is becoming a guy that just gets there,” Beilein said Wednesday night. “He keeps his dribble. He’s got the Ali shuffle around the hoop. He’s got all kinds of things happening. I’d like to have more of those guys.”

This time, however, the goal wasn’t to catch up to Northwestern, but to take the lead, and to do that he needed help. And with the usual suspects of Walton and Irvin struggling to get open and redshirt sophomore Duncan Robinson struggling to make shots, he had to turn to his bench.

The biggest contributor was Dawkins, who tallied three of Michigan’s four 3-pointers and grabbed seven rebounds. Though Doyle and sophomore forward Kam Chatman didn’t light up the box score, their contribution to the Wolverines taking the lead and their eventual win was clear.

“I’m really happy with the bench, the bench was huge today,” Beilein said. “Everything from Kam just getting in there and getting a rebound and making a (lead-taking) foul shot, Ricky making those foul shots at the end. Obviously Aubrey was a catalyst again for us.”

After Michigan took its first lead of the game with just 9:15 to go, it found itself in a battle against the Wildcats. Even with their seniors on the bench and their juniors playing unusually quiet, the Wolverines were up to the task.

That toughness, especially from his sophomore class, did not go unnoticed by Beilein.

“I told our team that, that I’m proud of that. Because sometimes that’s questionable about teams, especially I’m sure with us,” Beilein said. “That was as good a win as we’ve had all year as far as I’m concerned.”

The statement may turn heads, given that the Wolverines’ struggled at times against a middle-of-the-road Big Ten team, looking out of it at times and lucky at best in the closing minutes.

But with a tournament spot on the line and the team’s healthy upperclassmen showing fatigue, the win showed that Michigan can find a way, even if it’s from the third wave of leadership.

“It’s a young team that’s learning toughness,” he said. “They’re learning what it takes to win and how to fight through adversity.”