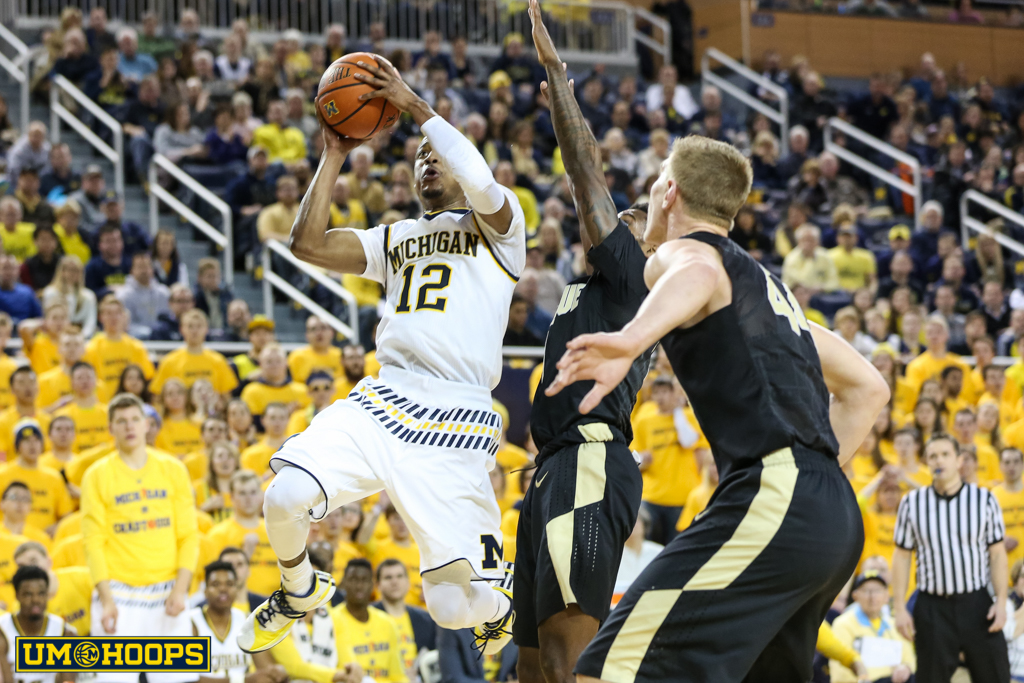 With one game left in the regular season, Michigan finds itself facing the possibility of a mid-week trip to Dayton — if it makes the NCAA tournament field.

With one game left in the regular season, Michigan finds itself facing the possibility of a mid-week trip to Dayton — if it makes the NCAA tournament field.

The Wolverines are projected by most bracketologists among the last four teams in the tournament, meaning they would be headed to the First Four in Dayton on either Tuesday or Wednesday. With more games to play and bids to be stolen, that means that Michigan isn’t safe and has its work cut out to make the tournament field.

A home win over Iowa on Saturday night would be Michigan’s fourth against a top-25 team and might just do the trick. Following that up with a win in its opening game of the Big Ten Tournament (likely to be Penn State in the 8-9 game), would seal the deal.

But if Michigan loses on Saturday against the Hawkeyes, it could have a monumental task in front of it in Indianapolis. Merely adding a third win over Penn State to the resume might not be enough and that could mean that the Wolverines need to knock off the Big Ten Tournament No. 1 seed to crack the field.

The Wolverines still appear to control their own destiny for now, but they are running out of second chances to get the job done.