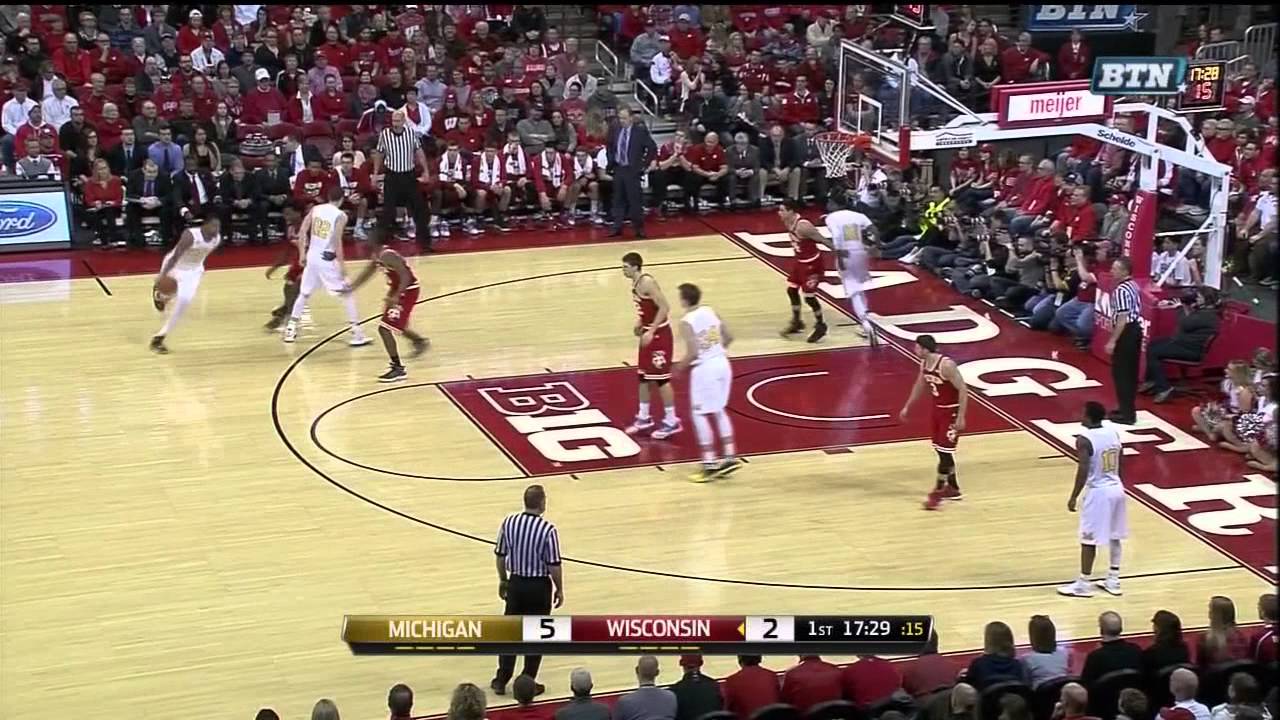 Despite a strong start to Sunday’s contest, the Michigan basketball team remained on the bubble after falling to Wisconsin. The Wolverines had plenty of chances to stay in the game and even take over at some points, but a few missed opportunities and big made shots for Wisconsin ended up costing the game.

Despite a strong start to Sunday’s contest, the Michigan basketball team remained on the bubble after falling to Wisconsin. The Wolverines had plenty of chances to stay in the game and even take over at some points, but a few missed opportunities and big made shots for Wisconsin ended up costing the game.

With six days off before hosting Iowa on Saturday, we look at the five key plays from Michigan’s loss in Madison.

Entering Sunday’s game, junior forward Zak Irvin was shooting just 29 for 88 (32.9 percent) from the field in road games this season. But knowing the importance of a hot start in a critical road game, Irvin came out swinging.

The junior scored Michigan’s first seven points of the game in the opening three minutes of play, and helped the Wolverines avoid a sluggish start that had doomed them in the past.

Irvin’s hot start was curtailed by a cheap early foul which landed him on the bench from the 16:17 mark in the first half to the 11:38 mark. It’s tough to say whether that time on the bench killed his momentum, but the 6-foot-6 junior made just 3 of his final 10 shots in the game.

2) Chaos buckets keep Wisconsin in it

For much of the first half, the Badgers were outplayed on their home court. Wisconsin didn’t take a lead until there was 9:31 to go in the half. It finally did, however, thanks to several lucky bounces, grabbed loose balls and chaos baskets that ignited the crowd.

All three of these baskets could have been, or should have been, turnovers or transition opportunities the other way. Instead they were backbreaking baskets that Michigan couldn’t afford to give up during the first half.

The Wolverines had a strong first half, but when junior forward Mark Donnal picked up two fouls in the closing minutes of the half, it was unclear how much they could count on the resurgent Donnal in the second stanza. And when Donnal picked up his third foul just 37 seconds into the second half, sophomore forward Ricky Doyle was called in for relief.

“Mark’s foul trouble hurt us a little bit there, his third foul was not a good foul,” Beilein said. “You just can’t win that way. (Donnal’s) learning how to win and how to be in that situation … he’s got some valuable lessons to learn.”

To his credit, however, Doyle provided relief and then some and, scoring eight of his 10 points in the second half and showcasing efficiency down low, scoring all five of his shots in the contest.

Though Doyle provided a much-needed boost, Michigan’s comeback effort fell short due to what Beilein would later call “mental lapses” in transition.

Wisconsin had taken the lead, but two terrific defensive plays by Derrick Walton ended in disappointment on the offensive end. First Walton ripped Happ on the low block before taking the ball coast-to-coast and missing the easy layup.

“I kind of looked off both defenders, just jumped off the wrong foot and didn’t get as much lift as I thought I did,” Walton said. “That’s pretty much what happened.

“Obviously we didn’t make enough of the easy ones tonight. At the end of the game, that was really the big difference. We didn’t capitalize on the easy opportunities that they gave us.”

Walton recorded another steal a few plays later and failed to draw the defender on the transition opportunity, allowing him to contest Irvin’s layup just enough to force a miss. With baskets on those possessions, the Wolverines could have cut the lead to two possessions, instead they let the game slowly slip away.

Despite all of its struggles, Michigan was still very much within striking distance with less than five minutes to go. Trailing just five and with an offense that could erupt at any minute, the Wolverines just needed a couple stops to mount a comeback.

Instead, the Badgers buried back-to-back 3s to push their lead to 11, which was also the margin at the end of the game.

The loss sets up a critical week for the Wolverines, who are currently projected in the ‘First Four’ and quite possibly will have to beat Iowa to make the NCAA tournament.

“They were a much better team in the second half today,” Beilein said. “We have a week off now before another important game. This was an important game for us, and now we have another opportunity on Saturday.

“I know we’ll learn a lot from the game. Really disappointed with some of the things we did in the second half, but as always, we’ll find (a way) to work from it.”