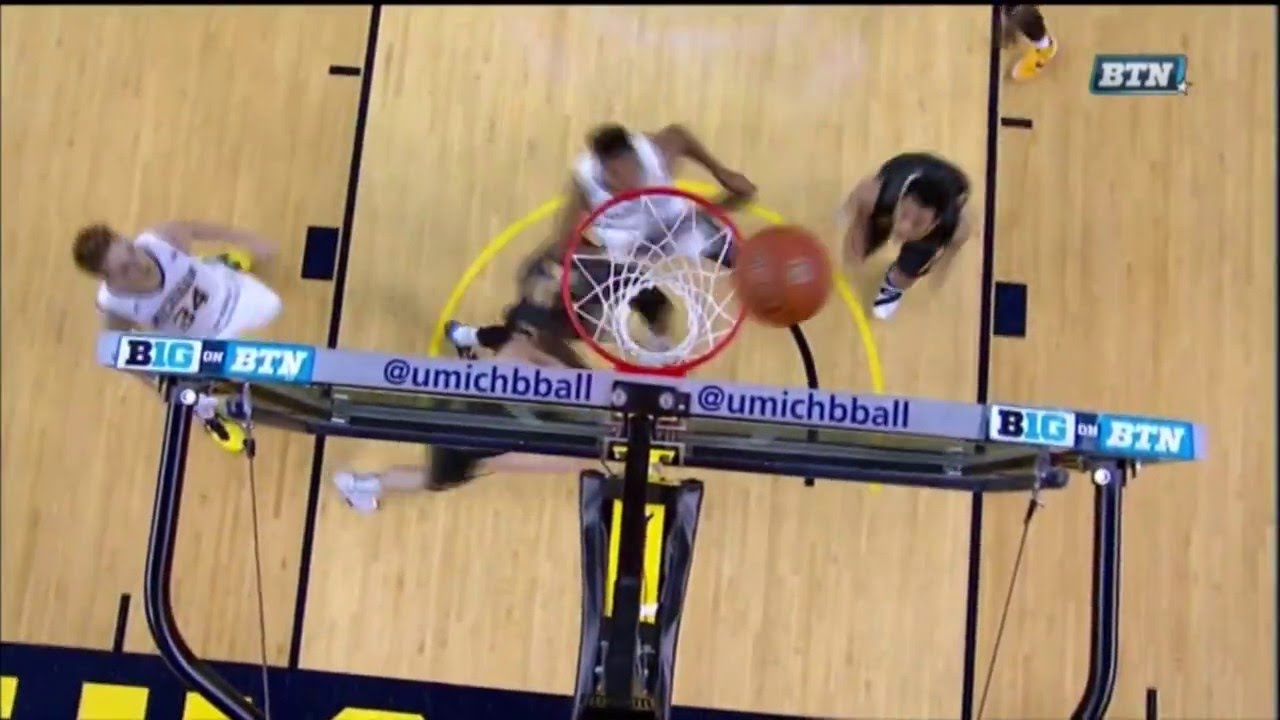 The loss puts Michigan’s tournament hopes in jeopardy, and raised similar concerns to other losses in the season. Here are our five key plays from Crisler Center on Saturday.

In Saturday’s regular-season finale, the Michigan basketball team had an opportunity to write its own narrative to end the season and win its way into the NCAA tournament. Instead, the Wolverines fell behind early and never completed a comeback, losing to No. 16 Iowa, 71-61.

The loss puts Michigan’s tournament hopes in jeopardy, and raised similar concerns to other losses in the season. Here are our five key plays from Crisler Center on Saturday.

As has become a pattern in conference play, the Wolverines fell in a hole against Iowa, trailing 15-5 and then 22-12. A combination of Michigan’s sputtering outside shooting and Iowa forward Jarrod Uthoff’s 13 points in the opening nine minutes left the Wolverines in a familiarly uncomfortable position on their home floor.

But sparked by good hustle plays on both ends of the court from junior forward Mark Donnal, Michigan went on an 11-2 run to prove that it wasn’t going to be blown out. Donnal scored seven points in 3:32 of game action, and the Wolverines were right back in the game.

2) Jok creates distance to close half

Though Michigan began to find some offensive success to close the first half, it still entered halftime down six. That was thanks in large part to blown assignments on Peter Jok, who knocked down two 3s in the final minutes of the first half to outpace the Wolverines.

The two shots — one off of a screen, another simply in Aubrey Dawkins’ face — exemplified a struggling Michigan defense that continues to appear stagnant when it should be improving. Of course, playing one of the best teams in the country never helps.

“I think we all saw the Iowa team that beat Purdue twice and beat Michigan State twice, they really have a good team,” said Michigan coach John Beilein. “(But) we’ve got to make repairs and we’ve got to play better to prove that we belong in the NCAA tournament.”

The defensive struggles continued in the second half, as Iowa was able to build up to a 15-point lead, but it all came crashing down when Michigan switched to the 1-3-1 zone on defense. In the stretch, the Wolverines went on a 10-0 run and forced turnovers on three consecutive possessions to pull within five.

Crisler was as loud as it had been all night as Michigan had a real chance at a comeback, and it was all because of the defense. Even if it was just a short-lived glimmer of positivity, the potential was evident.

4) Comeback bid runs out of steam

In many ways, the table was set for Michigan to take control of the game. With a home crowd behind them and all the momentum in their favor, the Wolverines had a legitimate opportunity to punch their ticket into the NCAA Tournament. But the comeback bid sputtered in the ensuing minutes, however, as Michigan seemed to lack a go-to scorer to take the game over.

Of course, two previous go-to players, seniors Caris LeVert and Spike Albrecht, were on the bench. Without any seniors and playing one of the most experienced teams in the country, the Wolverines failed to convert on the upset chance, missing two consecutive jumpers and turning the ball over and giving Iowa the larger lead it needed to pull away.

“We have to be able to control that, and we did not,” Beilein said. “We took some bad shots, and just had a couple times where we needed to be more poised in that run. And I get it, everyone was all jacked up and ready to go, but that’s not the way we need to respond.”

Even with the momentum shifting back to the Hawkeyes, Michigan kept itself within six with just over a minute to go. But when the Wolverines flubbed a intentional foul situation, Jarrod Uthoff (who led the game with 26 points) converted a 3-point play to put the game out of reach.

Michigan did not look like an NCAA tournament team Saturday night and proved that, even at the end of the regular season, it is still making youthful mistakes.

The Wolverines will enter the Big Ten Tournament in Indianapolis as an 8-seed, and will likely need two wins to secure a spot in the NCAA tournament. Though it ended the season losing four of five games, Michigan still has one final chance to push itself into postseason play.

“Teams that go through this are going to be better at the end of the year, they’re going to be better when they’re seniors because they understand the give and take and what it takes,” Beilein said. “You’ve got to look at the holistic point of view here and see what you can do and say, we gave it everything we have and it wasn’t enough tonight. If it’s not enough to get us in the NCAA tournament, it’s not enough. We survived that before here at Michigan and we’ll survive it again.”