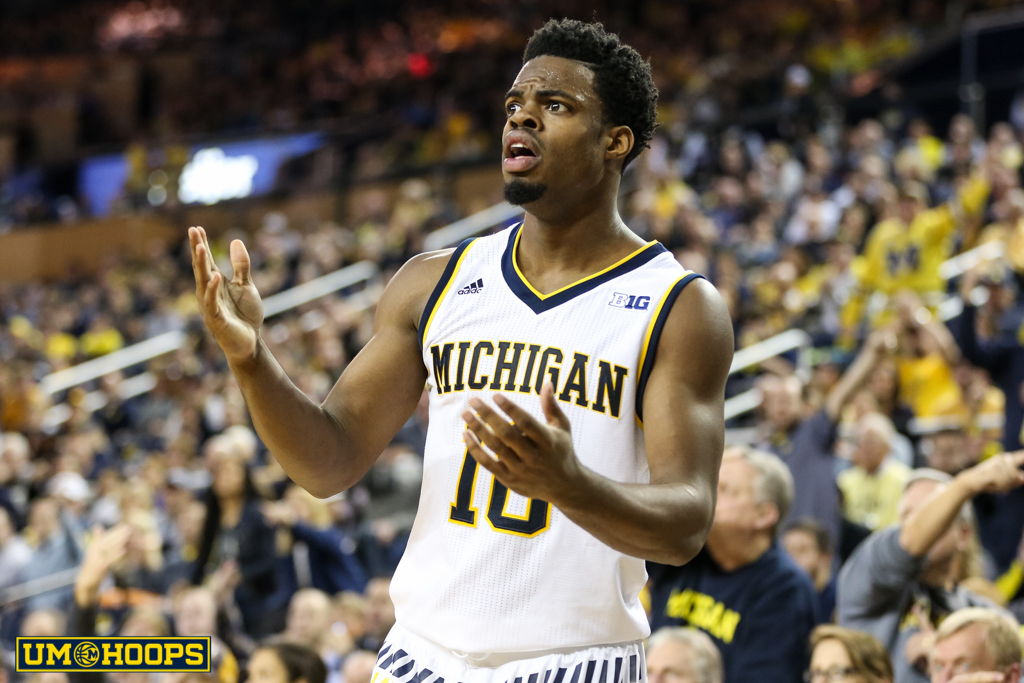 Michigan heads to Indianapolis in need of wins if it wants to keep its NCAA tournament hopes alive. The Wolverines need to beat a Northwestern team that has won three games in a row and has given them fits under Chris Collins, then turn around and beat Indiana — in Indianapolis — on 22 hours of rest.

Michigan heads to Indianapolis in need of wins if it wants to keep its NCAA tournament hopes alive. The Wolverines need to beat a Northwestern team that has won three games in a row and has given them fits under Chris Collins, then turn around and beat Indiana — in Indianapolis — on 22 hours of rest.

Michigan has won more than one game at the Big Ten Tournament just once under John Beilein, when the 2013-14 team made it to Sunday before falling to Michigan State, but it has rarely faced this sort of pressure. There were plenty of years when Michigan needed one win to punch its ticket to the dance, others where it probably needed to win the whole thing, but not many when one upset could turn its season around one more time.

Northwestern won 20 games this season for the first time in decades, but the Wildcats’ resume is incredibly hollow. Northwestern has exactly two wins over top-100 teams (per KenPom): at Virginia Tech in December and against Wisconsin in January. The Wildcats were slightly outscored in league play, putting up 1.04 points per trip and allowing 1.05, and finished the year at 8-10 in conference.

Offensively, the Wildcats are ranked 9th in the conference as they’ve struggled with their perimeter shooting. Northwestern is shooting just 33.1% from three-point range (11th) and 49.4% inside the arc (7th) for a 49.5 eFG% (9th). Playing at a very slow tempo, 63.8 possessions per game (13th), the Wildcats value the basketball and are also an above-average offensive rebounding team, grabbing 30.4% (5th) of their missed shots.

The Wildcats are ranked 8th in the conference defensively, and their strength is defensive rebounding, grabbing 72.5% of opponents’ misses (5th). Allowing a 49.8 eFG% (7th) thanks to 46.7% two-point shooting allowed (5th) and 36.4 three-point shooting (8th) is fairly average and they only force turnovers on 17% of Big Ten opponents’ possessions (7th).

Big man Alex Olah missed significant time due to injury this season, but he’s rounding back into form. He went for 19 points at Michigan in February and wrapped up the season with 19 points in a win over Nebraska. He’s great at playing with leverage in the post, can hit the pick-and-pop jumper and seems to just love playing against Michigan.

Tre Demps has played more minutes than anyone in the Big Ten and has made 11 of his last 21 threes since his 2-of-7 three-point shooting night at Michigan. He’s making just 45% of his twos and 33% of his threes in league play, but is one of the ultimate hot-and-cold volume shooters in the conference and he’s more than capable of taking over a game.

Bryant McIntosh is a great pick-and-roll player and touts the second-best assist rate in the conference. He’s just an average shooting — 40% on twos, 28% on threes — in Big Ten play and has generally struggled against Michigan, failing to reach double-digits in three games. Still, Northwestern runs the ball screen as much as any other team in the Big Ten and McIntosh will be at the helm for the majority of those possessions.

Aaron Falzon knocked in four threes on eight attempts against Michigan and has made 11 of his last 22 from distance. He’s primarily a three-point shooter, but he has the length to get his shot off in a hurry and Michigan needs to do a better job of tracking him this time around.

Sanjay Lumpkin plays significant minutes, but uses very few possessions offensively. He turns the ball over on a third of his offensive possessions, shoots 52% on twos and 29% on threes. He’s primary in the game as a defensive threat and rebounder and didn’t attempt a shot in the first meeting between these two teams.

Big man Gavin Skelly scored a sneaky eight points against Michigan, even knocking in a three. He’s made three triples in the last four games, but is just 4-of-9 on the season.  He’s a bit turnover prone, but showed great ability as a cutter to find space for easy baskets in Ann Arbor. Freshman Dererk Pardon was a breakout star early in the conference season, but has seen his minutes reduced with Olah’s return. Pardon is a presence on both backboards and a plus-finisher with a 65% two-point shooting percentage, but he’s averaging just over 10 minutes per game over the last six.

KenPom gives Michigan the edge 57% edge, projecting a 68-66 Wolverine victory. This is a game that feels like it could go either way as the last handful of games against the Wildcats have came down to the final moments.