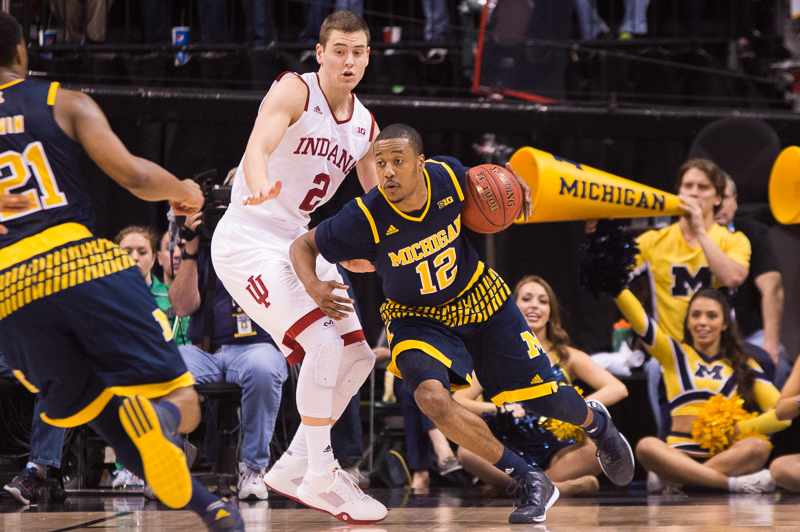 Selection Sunday has arrived and Michigan finds itself squarely on the bubble. Here’s our rundown of all of the latest bracketology projections. Check back frequently as we’ll be updating the breakdown throughout the afternoon.

Selection Sunday has arrived and Michigan finds itself squarely on the bubble.

The NCAA Tournament Selection Show will air at 5:30 p.m. on CBS. When exactly the brackets will be unveiled during Sunday’s extended show, which will now run for two hours, remains unclear.

Michigan coaches and players will be waiting patiently watching the show in the film room inside of the Player Development Center.

Most brackets that were updated this morning have Michigan listed in the field, including ESPN’s Joe Lunardi, who moved the Wolverines into the field in his most recent update. Lunardi has Michigan slotted into a play-in game versus San Diego State and former U-M head coach Steve Fisher. Only Jerry Palm has the Wolverines skipping Dayton and vaulting into the actual field, to face Dayton in Providence, RI as an 11-seed.

There’s only one significant bubble-situation to pay attention to on Sunday afternoon and that’s the AAC championship game (3:15 p.m., ESPN) featuring Connecticut and Memphis. The Huskies appear to have done enough to move into the field, but if Memphis can pull off the upset it would steal one of the last remaining at-large spots.

Bracket projections will be updated throughout day. Only brackets with Sunday updates are currently included.