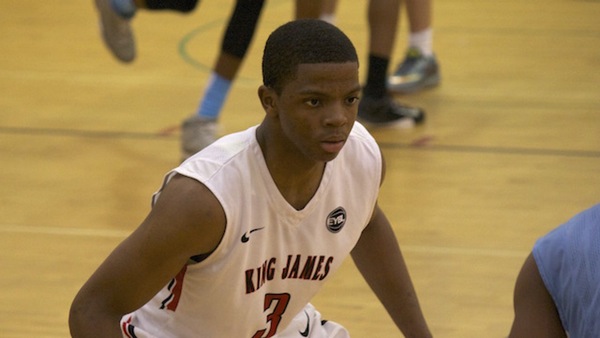 Simpson averaged 27.2 points, 6.1 assists and 3.8 steals per game as a senior and will play in the state semifinal on Friday against Wilmington.

“I always knew whatever you’ve got to do, you’ve got to put in that extra work, more than the average person,” Xavier Simpson told the AP. “And with football I was just going to practice and leaving. I didn’t care. I didn’t do any type of (extra) drills or anything like that, so in basketball I always wanted to do a little more than the average person because I wanted to be great at it.”

Michigan’s last Mr. Basketball from the state of Ohio was Trey Burke, who went on to win Big Ten and NCAA Player of the Year honors during his two seasons at Michigan.

“Oh definitely,” Simpson said. “With me going to Michigan and seeing the success they had with him. What I’m hearing, from out of high school no one ever thought he would go to the NBA. And Michigan put the ball in his hand and helped him make the right decisions and get better as a player. That prepared him for the next level, so hopefully they can do that for me.”

Fellow Michigan commitment Jon Teske was named as one of five additional finalists for the award.