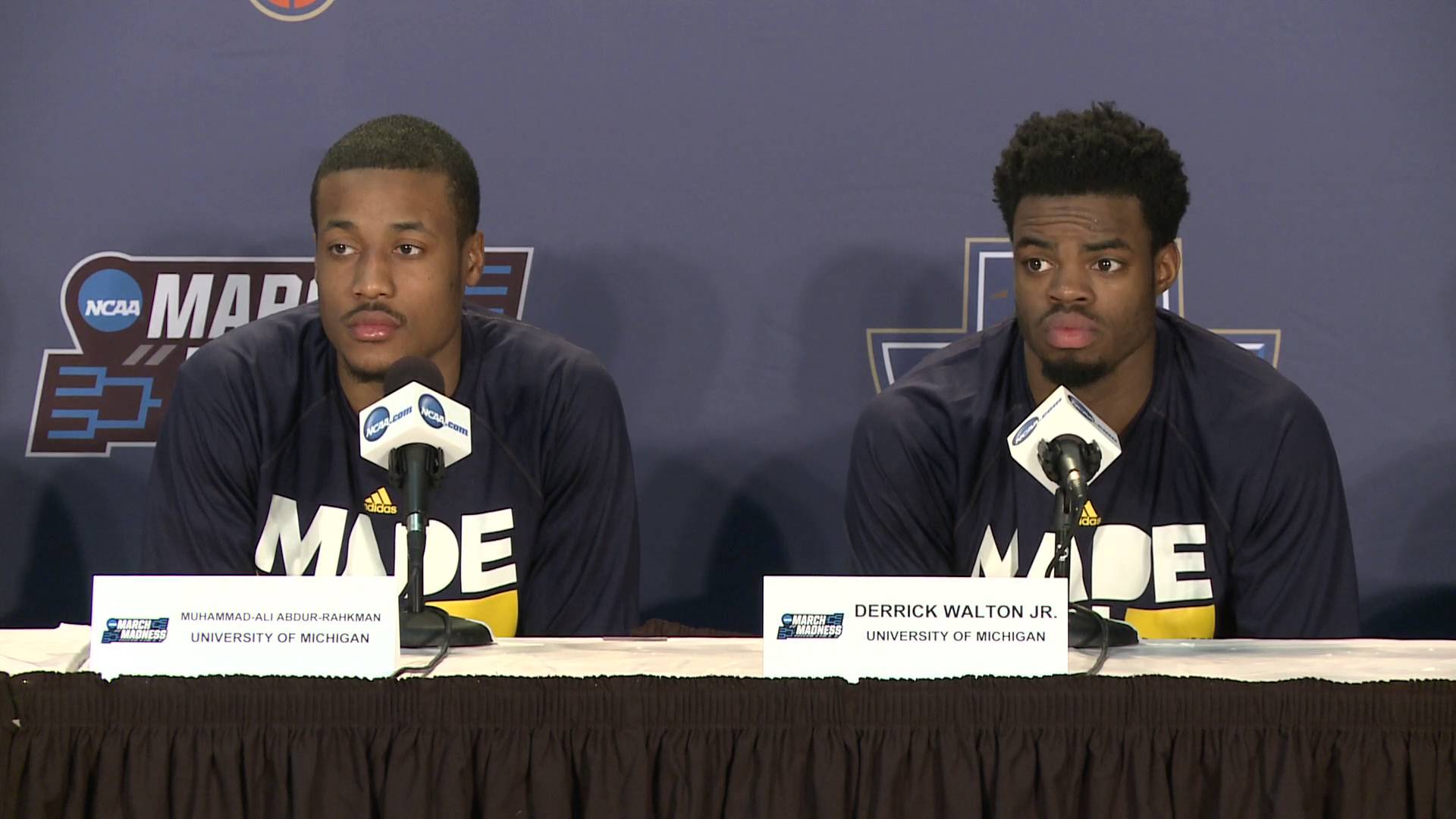 Michigan’s season came to an end on Friday night as it played one of its best halves of the season only to let the game slip away in the final twenty minutes as Notre Dame took over down the stretch.

The first 20 minutes of Michigan’s first round loss to Notre Dame were what this season was supposed to be. Free-flowing offense, active help defense, forced turnovers, transition play, effective ball screens and three-point shooting. For those 20 minutes, everything was clicking and the Wolverines looked like they had it all figured out.

Michigan racked up 41 points in 32 first half possessions and only allowed 29. The Wolverines made 9-of-17 twos and 7-of-14 threes for a 63 eFG% as they cruised to the locker room with a double-digit lead. There’s a legitimate argument to be made that it was the best half Michigan played this season, maybe beyond.

But the second half was a reminder of everything that went wrong this season. The Wolverines allowed Notre Dame to score 41 points in 29 second half possessions (that’s 1.41 points per trip for those still counting) and could only muster 22 of their own (.76 per possession).

Michigan shot just 6-of-19 on twos (31%) and 3-of-13 on threes (28%) for a 32.8 eFG% in the second half while Notre Dame could barely miss, recording an eFG% over 71% in the final frame. Slowly but surely the lead slipped away and the Wolverines just couldn’t muster the late game heroics to keep their season alive for another game as Zak Irvin’s game-tying three rimmed out in the final minute.

Turnovers were the great equalizer for Michigan despite facing a Notre Dame team that doesn’t usually give the ball away. The Wolverines did a masterful job of scraping down on Notre Dame’s big men and driving guards and forced giveaways once every four possessions. Unfortunately, the Irish scored 70 points in the 45 possessions that they didn’t turn the ball over — that’s 1.55 points per turnover-free possession.

Notre Dame just didn’t miss many shots. The Irish scored at the rim (11-of-15), in the mid-range (6-of-14) and from beyond the arc (8-of-14) and went to the free throw line 15 times to Michigan’s 5. Everyone knew this was a great offensive team before Friday’s game, but Michigan just didn’t have the answers to slow down Notre Dame — and VJ Beachem in particular, who finished with 18 points on 7-of-7 shooting including 13 in the second half — if it couldn’t record a steal.

That has to be frustrating for Michigan because it created so many looks at the basket that it couldn’t convert. The Wolverines had 27 shot attempts within 5 feet, but only made 14 of them. Mark Donnal struggled to finish a handful of rolls to the basket that he’ll be kicking himself about all offseason, Moritz Wagner was whistled for a charge that could have gone either way and Muhammad-Ali Abdur-Rahkman wasn’t his usual finishing self either.

Did Michigan run out of steam? We’ll never know, but there’s no denying the fact that the Wolverines were playing their fifth game (in the third state) in eight days while Notre Dame hadn’t played since last Friday. Beilein credited the shift in the second half to Notre Dame’s physicality to deny dribble hand-offs and ball screens to his team’s playmakers, but as has happened all too often this season, the made shots just dried up.

It’s hard to find a concise way to define Michigan’s season. The Wolverines finished 23-13 with quality wins over Maryland, Purdue, Indiana and Texas and while it feels a lot better to finish the year in the NCAA Tournament, even winning a game in Dayton, it’s hard to deny that it always felt like this season could have been something more.

The injuries to Spike Albrecht and Caris LeVert hurt, but perhaps this taste of the NCAA Tournament could be what the Wolverines need to take the next step in 2015-16.