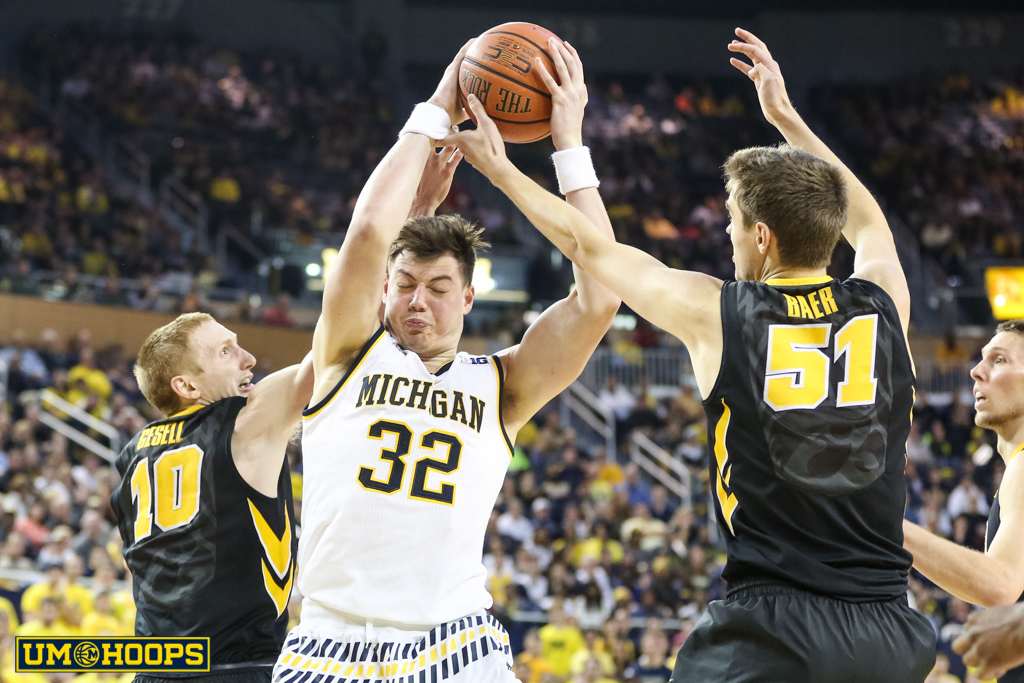 Sophomore center Ricky Doyle has been granted his release and will transfer from Michigan.

Sophomore center Ricky Doyle has been granted his release and will transfer from Michigan.

The Michigan basketball program announced the news in a press release this afternoon. Doyle averaged 4.9 points and 2.5 rebounds per game while shooting 62.4% from the field for his career.

“Ricky is a tremendous young man with very high character and plenty of potential to develop into being a fine college player,” said Beilein. “We have enjoyed coaching him over the past two years and wish him nothing but the best.”

“My time at Michigan has very special to me and my family,” said Doyle. “Coach Beilein took a chance on me and I will forever be grateful for that. It was a difficult decision for me to make, however, I just feel this is the best decision moving forward. I will forever carry a special place in my heart for the Maize and Blue. Go Blue!”

Doyle battled sleep apnea during his time in Ann Arbor and had fallen down the depth chart after showing some promise early in his career. Michigan big men Mark Donnal and Moritz Wagner out-played him late in 2015-16 and the Wolverines signed two big men in Jon Teske and Austin Davis.

Doyle will have two seasons of eligibility remaining, but will have to sit out the 2016-17 due to NCAA transfer regulations.

Doyle’s departure also means that the Wolverines are no longer over the scholarship limit for next season. Here’s a full breakdown of Michigan’s scholarship situation moving forward.