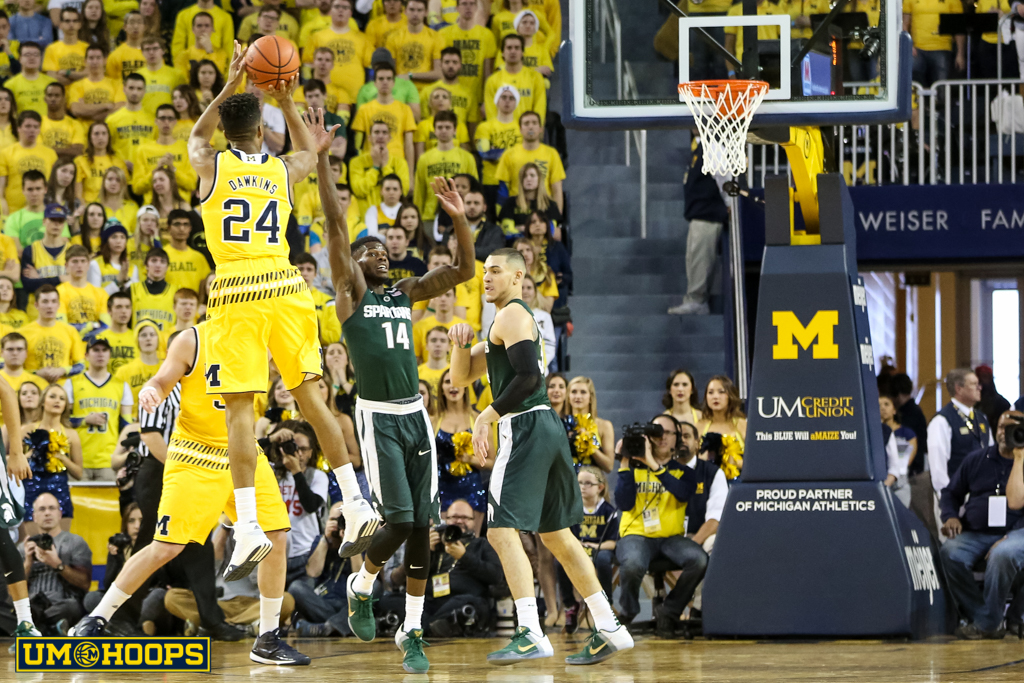 “While we certainly did not wish for this to happen, it is quite understandable,” John Beilein said in a statement. “I was able to coach my son and see him grow as a person and player and it was a once-in-a-lifetime opportunity. Aubrey is a wonderful and thoughtful young man who has a bright future in front of him. We wish him well.”

Dawkins started 22 games in Ann Arbor and averaged 6.7 points and 2.3 rebounds per game. He lost his starting spot in the lineup during the non-conference season to Duncan Robinson and played a sixth man role off the bech.

“This was not an easy decision, however, the chance to play for my father is a special opportunity for me and my family,” said Dawkins. “Coach (John) Beilein and Michigan took a chance on me and that is something I will never forget. I want to thank all the coaches, staff and especially the U-M fans for making my time in Ann Arbor truly special. Go Blue.”

Dawkins will have to sit out this season due to NCAA transfer rules and will then have two years of eligibility remaining.