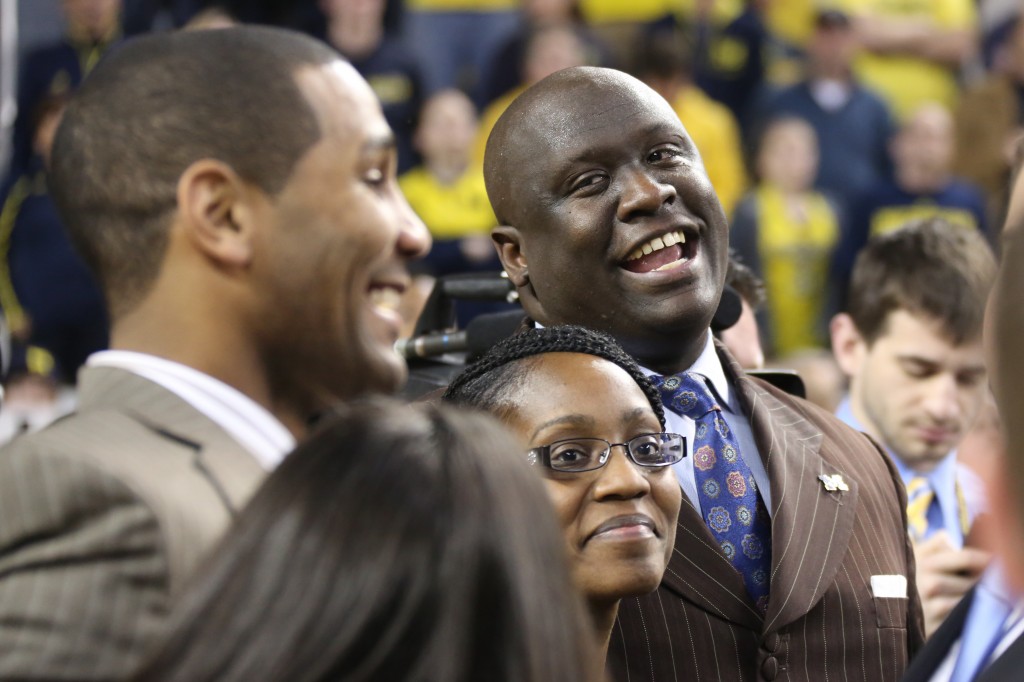 After being rumored as the front runner for weeks, Michigan assistant coach Bacari Alexander will be named the new head coach of the University of Detroit Mercy Titans.

After being rumored as the frontrunner for weeks, Michigan assistant coach Bacari Alexander will be named the new head coach of the University of Detroit Mercy Titans — according to a report by ESPN’s Jeff Goodman.

Alexander had been an assistant coach at Michigan since since 2010. He previously had assistant coaching stints at Detroit (2001-07), Ohio (2008) and Western Michigan (2008-10). Alexander is a Detroit native who played the last two years of his college career at Detroit, leading the Titans to back-to-back NCAA Tournament berths in 1998 and 1999.

Alexander was responsible for coaching the big men at Michigan including Mitch McGary, Jordan Morgan, Mark Donnal and others. He was also the Wolverines primary recruiter in the state of Michigan. The former Harlem Globetrotter was known for his gregarious personality, Twitter presence and creative pre-game speeches during his time at Michigan.

Alexander’s departure will be the second change in Michigan’s assistant coaching staff this offseason after LaVall Jordan was hired by Milwaukee earlier this month. Michigan also lost video coordinator Will Vergollo, who joined Jordan’s staff at Milwaukee as an assistant coach. Jordan and Alexander’s departures are the first since the Wolverines replaced all three assistants before the 2010-11 season.

We outlined several potential assistant coaching candidates last week and the list could grow as the Wolverines now have two spots to fill on the staff. Chris Hunter had been filling in for Jordan on the recruiting trail, but the Wolverines may need to accelerate their search with two vacancies.