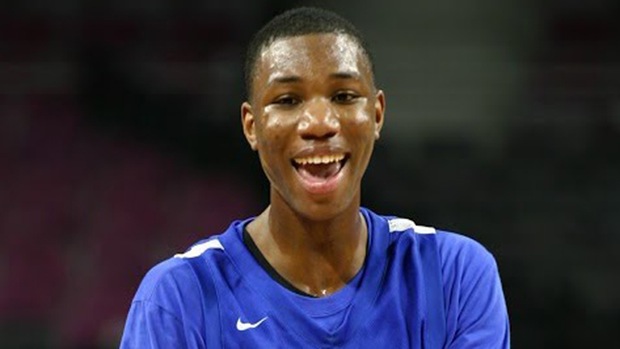 John Beilein has had no problem staying busy over the last few weeks. The Michigan head coach has lost three players to transfer, two assistants to head coaching jobs, hosted a graduate transfer for a multi-day visit and has been on the recruiting trail the past two weekends with a makeshift staff.

John Beilein has had no problem staying busy over the last few weeks. The Michigan head coach has lost three players to transfer, two assistants to head coaching jobs, hosted a graduate transfer for a multi-day visit and has been on the recruiting trail the past two weekends with a makeshift staff.

Columbia transfer guard Grant Mullins did make it to Ann Arbor last week and completed his third visit. The 6-foot-3 guard previously visited Syracuse and Cal before tripping to Ann Arbor. A decision is expected sometime this week and he’ll be eligible to play immediately next season.

Michigan staffers Chris Hunter (player personnel) and Pete Kahler (operations) replaced LaVall Jordan and Bacari Alexander on the recruiting trail over the weekend with much of a recruiting focus in Indianapolis where the Nike EYBL and Under Armour Association hosted events.

Jamal Cain continues to break out

Detroit native Jamal Cain impressed for his second straight weekend on the Nike EYBL circuit. Cain started the weekend slow, scoring just 3 points in a loss to the Las Vegas Prospects, but stepped it up as the weekend went on. He scored 16.5 points per game over his final two, both wins for The Family, while shooting a combined 14-of-24 from the floor and knocking in 4 out of 7 threes.

Through 7 EYBL games Cain is averaging 12.9 points and 5 rebounds per game while shooting 60% on twos and 27% on threes.

Beilein was courtside following Cain throughout the weekend and the 6-foot-7 wing is set to visit Ann Arbor for a full unofficial visit on April 27th where an offer could likely follow.

Kyle Young still received heavy attention from the Michigan coaching staff throughout the weekend. He had a quiet weekend compared to last week , but he’s averaging 14 points and 6 rebounds per game this spring. Young picked up a big offer from Michigan State last week and is a growing priority for many Big Ten schools.

La Lumiere wing forward Brian Bowen has emerged as one of the best pure scoring forwards on the circuit. Beilein was front-and-center watching Bowen several times over the weekend and he also made the trip to La Lumiere to meet with Bowen last week — as did Steve Alford and Tom Izzo. Bowen is averaging 19.6 points per game for Meanstreets this spring.

Another player that John Beilein checked in on last week was Malik Williams. Williams is a 6-foot-11 center from Fort Wayne ranked in the top-50 nationally. Beilein followed the mid-week visit up with some attention over the weekend along with  Tom Izzo, Matt Painter, Mark Turgeon and Mike White.

Jordan Poole breaks out of slump

Michigan commitment Jordan Poole has gotten off to a quiet start for his new EYBL club, the Mac Irvin Fire, but he snapped out of his cold streak on Saturday. Poole knocked in three triples en route to 16 points, 9 rebounds and two assists in a loss to Boo Williams.

His shooting numbers are down this spring, but the talented guard showed flashes of his ability.

One prospect away from the the Nike EYBL that is garnering serious Michigan interest is class of 2018 guard Cormac Ryan. Standing 6-foot-5, Ryan has been impressing scouts with his length and shooting ability while playing for Duncan Robinson’s former AAU program, the Middlesex Magic.

Cormac is a 6-5 point guard with a lengthy wingspan who is able to influence the game in a variety of ways on the offensive end of the floor. He has a very smooth shooting stroke, and a nice range from inside the paint out to the three-point line. In addition to being a very sharp shooter in catch and shoot situations, He has an advanced handle for a guy his size, and uses ball fakes to create his own shot. Getting to the basket is also one of his strong suits as he is able to use his length and soft touch to finish around the rim. Apart from his scoring capabilities, Ryan also shows extreme promise as a facilitator. He has outstanding court vision, and unselfishly looks to get his teammates involved.

Ryan has put together back-to-back impressive weekends on the circuit. He only has an offer from Boston College right now, but the 2018 shooter should have more coming.

Cormac Ryan is ON FIRE. 4 three pointers to start the game. Looking like a high major for @MiddlesexMagic #PittJamFest

The more I watch of Cormac Ryan, the more impressed I am. 6-5 2018 G already has a BC offer, but other HM will be calling soon.

He could be quickly rising up the board as a Michigan priority in the class of 2018. The Wolverines were watching him in Pittsburgh over the weekend.