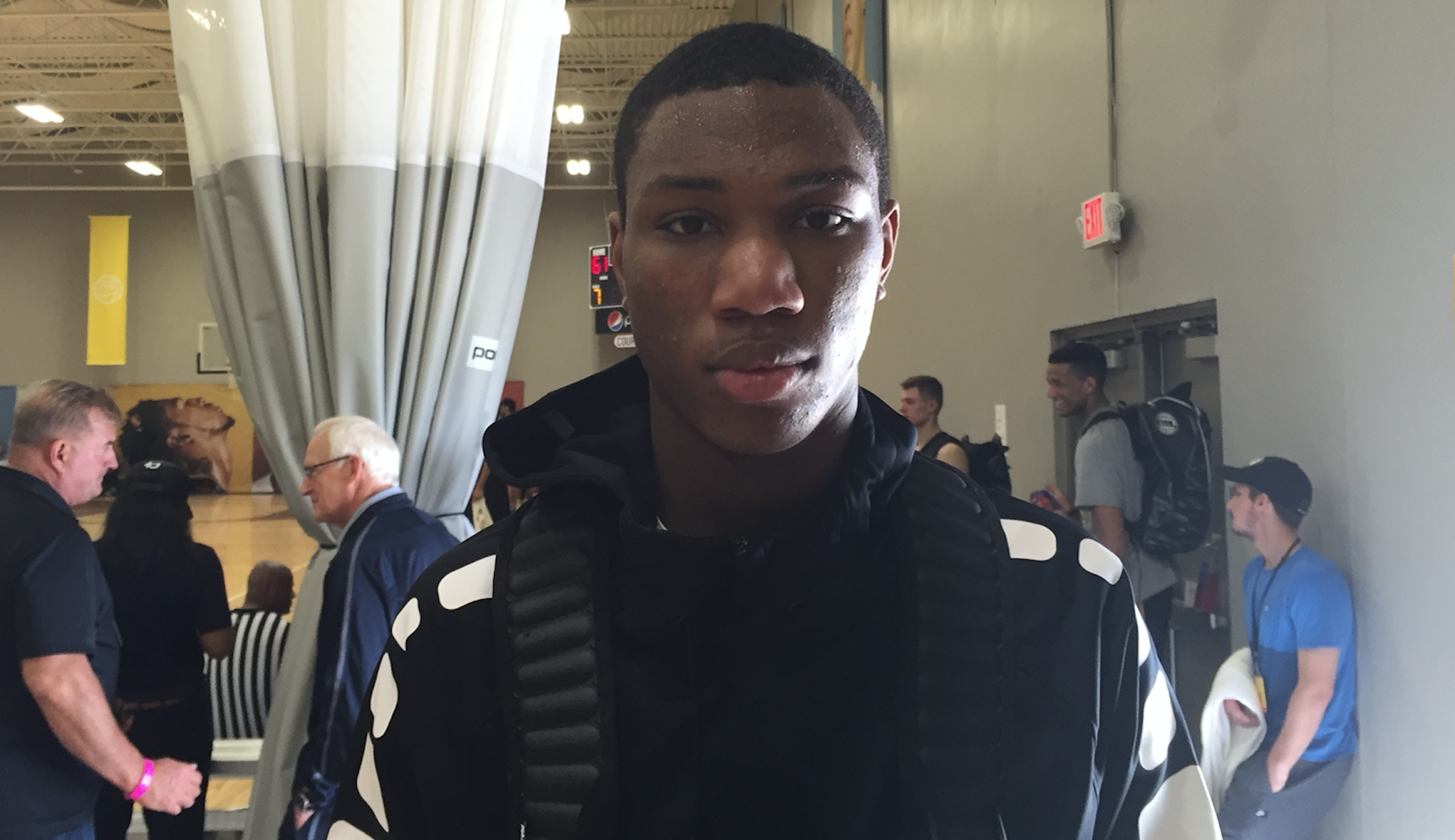 Class of 2017 wing Jamal Cain has gone from the state of Michigan’s best kept secret to a national commodity over the last two weeks.

Class of 2017 wing Jamal Cain has gone from the state of Michigan’s best kept secret to a national commodity over the last two weeks.

Cain is averaging 12.9 points, five rebounds and one assist per game for The Family on the Nike Elite Youth Basketball circuit and has drawn positive reviews from scouts and coaches at the Brooklyn and Indianapolis stops of the circuit.

The 6-foot-7 junior added offers from Florida State, Boston College, Marquette, Cincinnati and St. Bonaventure this month alone. His ceiling should only continue to rise as he grows more comfortable with his new AAU program and the competition level in the EYBL.

“The next step (in my development) is gaining confidence,” Cain said. “Confidence with my handle and finishing at the rim.”

Cain is one of the most consistent finishers on the EYBL circuit, making 75% of his field goal attempts within five feet. But the 6-foot-7 wing isn’t just a finisher, he’s also shown the ability to knock down corner threes off the catch and mid-range jumpers off the bounce.

Speaking after an EYBL game in Indianapolis on Saturday, Cain listed Washington State, Georgia, Marquette and Xavier as the four schools recruiting him the hardest at this point in the process.

But both in-state schools have been tracking Cain closely and John Beilein was at every game that he played last weekend in Indianapolis. The Wolverines were paying close attention to the dynamic guard in preparation for his unofficial visit to campus today.

“It’s a good school, they win, play hard and play together,” Cain said of the Wolverines. “I like the facilities.”

While today’s visit will be a full unofficial with an academic tour — a key requisite for a Michigan offer — it won’t be the first time that Cain has been on campus in Ann Arbor.

“I went when they played Xavier,” he said. “I love the arena, it’s big and nice and it’s like an NBA arena. It just feels really good to be in there.”

With the departures of LaVall Jordan (to Milwaukee) and Bacari Alexander (to Detroit), the head coach has taken over Cain’s recruitment.

Quotes special to UM Hoops from Inside the Hall’s Alex Bozich. Highlights from Endless Motor.