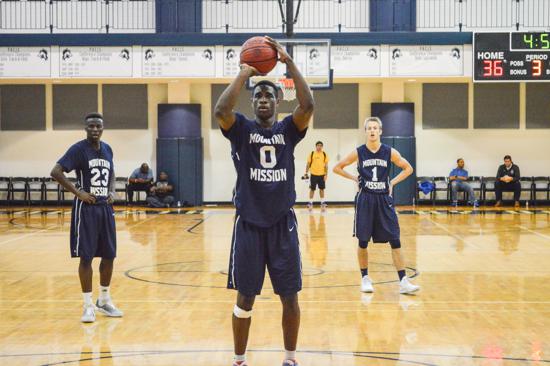 Michigan now has two scholarships to fill and the first candidate might be class of 2016 forward Harold Baruti.

Michigan now has two scholarships to fill and the first candidate might be class of 2016 forward Harold Baruti.

Baruti attends Mountain Mission School in Virginia and is listed at 6-foot-6, 215 pounds. His school tweeted news that he’s on his way to Ann Arbor for an official visit.

6'6" unsigned senior @harold_baruti is on his way to an official visit at the University of Michigan. #Big10 #mmshoops

His senior year at Mountain Mission was just his second of organized basketball, according to Vantage Hoops. Baruti, a 3-star prospect, is listed as having a scholarship offer from SMU on online recruiting profiles. He visited Utah State last weekend and also has an offer from Tennessee Tech.

Here are highlights from his senior season at Mountain Mission.