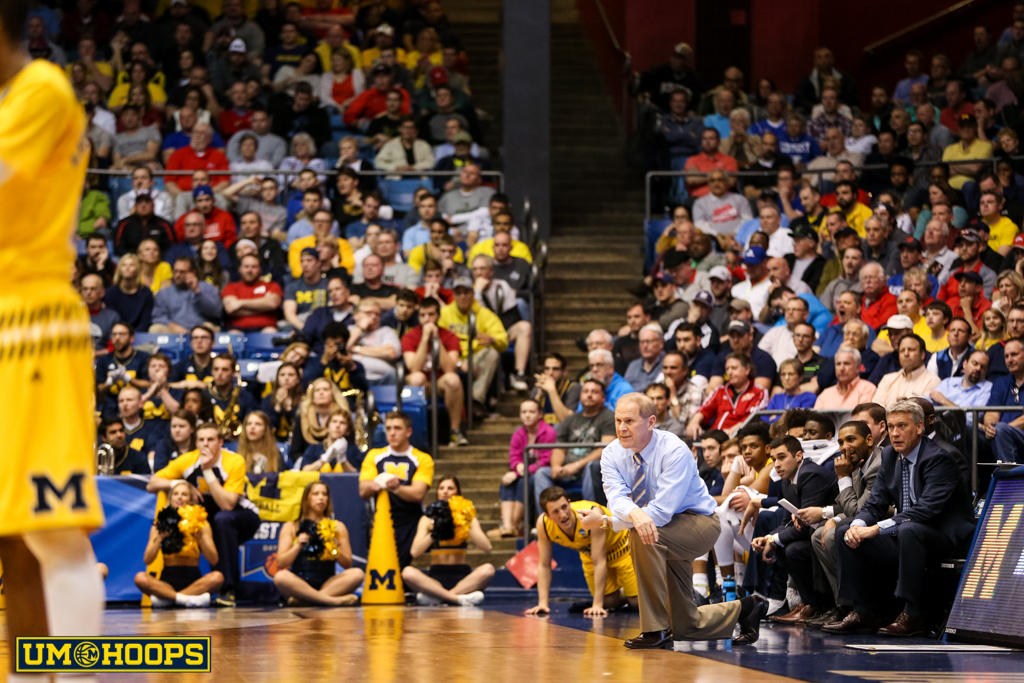 The Wolverines still return five starters next season, but there’s little doubt that next season will feel very different. Here are a few thoughts on the departures and shifts over the last few weeks and what they mean going forward.

For what feels like the third time in the last six years, Michigan has seen an eventful offseason.

We saw this in 2010 when the assistant coaching staff was completely re-tooled after a lackluster 2009-10 season and we saw this the very next season in 2010-11 after a first round upset to Ohio when three players left the program the next week.

Now after two terrific NCAA Tournament runs, an injury-ridden disappointment and a lackluster 2015-16 season, the Wolverines are reshuffling their roster and coaching staff once again.

Bacari Alexander and LaVall Jordan are off to the Horizon League with head coaching jobs in hand. Spike Albrecht is headed to Purdue to play as a graduate student and three members of Michigan’s 2014 class will be playing basketball in different colors next season.

The Wolverines still return five starters next season, but there’s little doubt that next season will feel very different. Here are a few thoughts on the departures and shifts over the last few weeks and what they mean going forward.

The story of Michigan’s three non-graduate transfers is one of recruiting misses. Most recruiting classes have misses, but the five-man class is down to two after two years in the program.

Kameron Chatman was lauded as a massive recruiting success for Beilein, but he showed signs that he couldn’t live up to his five-star status early in his career. His role has gradually decreased over the last two years after he started his freshman year as a starter.

Aubrey Dawkins never clicked on the defensive end and jumped on an opportunity to join his father at Central Florida, a move that’s hard to blame him for after his role regressed as a sophomore.

Ricky Doyle showed the most promise of his career during the November of his freshman year and has battled conditioning issues and sleep-apnea en route to a transfer.

The bottom line is that Doyle, Chatman and Dawkins were recruiting misses. It is hard to argue seriously that any of them would provide starter-quality minutes over the next two years, let alone come close to playing at an All-Big Ten level.

To put the departures into perspective, Aubrey Dawkins played 279 minutes in Big Ten games, Ricky Doyle played 171 and Kameron Chatman played 51. Together that’s 501 minutes out of 3600 total. The players who accounted for 3051 of the other 3099 minutes are returning next season and four freshmen are joining them.

The writing was on the wall for these departures and the reality is that Michigan already needed to be looking for immediate impact replacements in the 2017 class.

Michigan has two scholarships available and it has to act. I’m not sure who the primary options are, but the transfer and late recruiting market is ever-changing and depth is necessary.

Before Chatman’s transfer, Xavier Simpson was slotted in as a rotation player and one of Jon Teske or Austin Davis as the third big man. Now the depth on the wing — with Irvin and Robinson starting — looks mighty thin. DJ Wilson is really the only player on the roster capable of backing up the four and freshman wing Ibi Watson is the only backup three.

The Wolverines need reinforcements at the wing position, preferably a graduate transfer that can play the four and finish around the rim. The Glenn Robinson III role has been sorely missing in the offense for the last two years and Michigan needs to find someone that can fill it.

Adding a forward that can play the four on both ends of the floor fixes several problems. First, it provides the depth that Michigan needs in the front court, but almost more importantly it would allow Zak Irvin to slide down the rotation and play more of his minutes at the three while spending less time banging against stronger players in the post.

The problem is that this isn’t create a player mode in NBA 2k and a combo forward that can hit threes and finish isn’t just going to magically appear. The college basketball transfer list is long and is likely to still grow, but as of right now there aren’t any combo forwards that have been linked to Ann Arbor. But Beilein spoke this week about adding a forward to the roster who “can get buckets off the bench and guard people,” per MLive.

It’s hard not to get on board with the rumored front runners for Michigan’s assistant coaching vacancies, Billy Donlon and Saddi Washington.

Billy Donlon is a young coach who ran his own program for the last six years. His firing came out of left field and left coaches, fans and media howling that he got a raw deal in the process. He’s known for his defense and Donlon had three top 100 defenses in the past three years, including two in the top 50. Donlon’s teams have pack-line fundamentals — the same system that has given Wisconsin, Virginia and Xavier so much success — but are aggressive forcing turnovers, cleaning up the defensive glass and actually commit fouls at a fairly high rate (FTA/FGA allowed over 40 in every season).

John Beilein has spoken several times since the season ended about bringing in an assistant coach to bring new ideas on the defensive side of the ball. Donlon fits the need for a defensive specialist about as well as any assistant coaching candidate could.

Oakland’s Saddi Washington was a finalist for the Michigan job the last time around and has the deep connections to the state of Michigan that the Wolverines lost in Bacari Alexander. He’s coached big men and coordinated recruiting for an Oakland program that has thrived over the last decade. A runner up for the Wolverine assistant coaching job in 2010, Washington appears to be a natural fit.