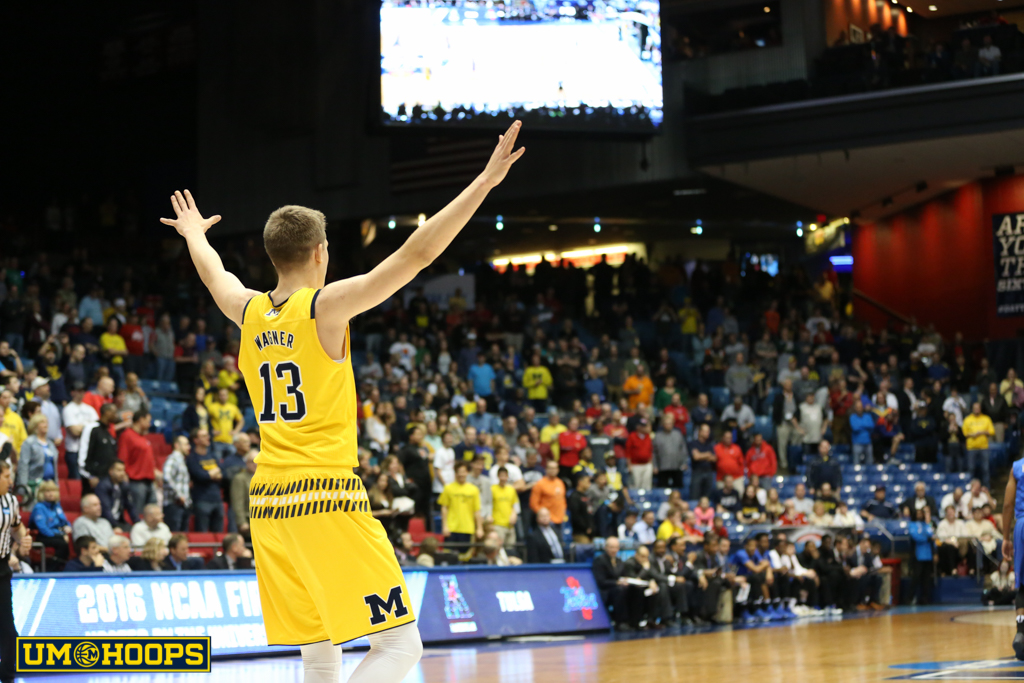 Today’s mailbag looks at the defense, recruiting and much more.

JBlair52: What defensive changes do you think may happen in preparation for next season?

This is the million dollar question facing next season: How much can Michigan’s defense improve while returning five starters from bad defense a season ago.

I really think that Billy Donlon can make a significant impact. Beilein sounds like someone serious about making changes — Michigan’s defense has been bad before, but I’ve never heard him go on the record and harp on the need for change on that end of the floor like we’ve seen this spring — and hiring Donlon, who has a reputation for energy and defense, seems like a sign that he’s serious about making changes.

While Beilein isn’t really the type to just hand over the keys to a ‘defensive coordinator’, I think that Donlon’s head coaching experience could give him some real influence over what we see next season, similar to how LaVall Jordan brought the ball screen game into the picture early in his tenure.

Donlon’s teams at Wright State played a pack line system similar to Virginia, Wisconsin, Xavier and others, but his defenses appeared to have the unique ability to turn teams over while playing what’s generally regarded as a containing defense. There’s no question that the pack line defense can work in the Big Ten — just look at Wisconsin — and maybe Donlon can provide some insight as to how to crack it, as Michigan’s offense has struggled more against the pack line than any other defensive system.

Burke_Does_Work: How about something no longer directly UM related; which former assistant (Lavall or Bacari) has the better head coaching gig and overall chance of success?

I don’t think there’s any question that both Bacari Alexander and LaVall Jordan are ready for head coaching gigs. I think Alexander is stepping into a better situation considering his playing days and connections to Detroit, whereas Milwaukee appears to have plenty of drama in its athletic department.

But I think in the immediate-term, even in a potentially worse situation, Jordan might be more ready to find immediate success as a head coach. I love his temperament and demeanor in the head coaching role and think that his work with guards at Michigan could translate very quickly to Milwaukee.

mgobluehoops23: What is your best guess for next years staring 5 and first 3 off the bench?

This depends a bit on who visits over the next month, but the two names near the top of the list appear to be Kevin Easley and Brandon Johns. Easley visited this month and the mutual interest is very strong. Johns, a Lansing native, has had Michigan court side at many of his games this spring on the Nike EYBL circuit.

One interesting development is that Michigan’s College Practice Camp was moved to August this summer. That camp had felt like almost an ‘offer try out’ camp over the last few years, because it generally fell the week before the June 15th offer date, peaking with the class of 2016 when so many talented players camped in June. The August date might buy Beilein and his staff some more time to evaluate kids before getting an in-person look in August.

We’ll dive more into the class of 2018 with a full hot board update in the coming days, but the key for any early offer will be an unofficial visit to campus, similar to the one that Easley took earlier this month.

The other complicating factor is what happens in the class of 2017 and even 2016. There are undoubtedly more scholarship offers to go out in the 2017 class which will really shape the needs going forward.

Champions: Position changes? We know DJ is moving to the 4, is there anyone else?

There are basically four, maybe even three, positions in Michigan’s offense: point guard, off guard, wing and big man. In actuality, the only position that isn’t really interchangeable in any way shape or form is the five. Just about everyone else on the roster has already played multiple positions, whether as a luxury or out of necessity.

‘Position changes’ might depend more on how you see someone already. For example, Zak Irvin played the majority of his minutes at the four last season, but he was also the natural candidate to slide to the two offensively if Michigan needed the depth.

DJ Wilson playing on the wing definitely qualifies as a position change because last year he played around two-thirds of his minutes at the five and ended up buried on the depth chart while splitting time between the four and five. Wilson clearly has potential, but has never looked comfortable in two years in Ann Arbor — perhaps more focus could help.

The only other positional question mark is who backs up Muhammad-Ali Abdur-Rahkman — the lone true off guard on the roster. Two point guard lineups are an option, Zak Irvin sliding to the two is another and Ibi Watson could even contribute in that role.

@thadam_Hammer Does the season hinge on DJ Wilson’s player development? If he is bad or gets hurt Michigan would be playing 2 bigs or Ibi at the 4

Wilson is naturally important for depth, but the backup four behind Zak Irvin was an issue last season as well. Dawkins provided significant offense, but he was a liability on defense and was almost unplayable in many games because of it.

mgobluehoops23: What do each of the new assistants offer the most?

Saddi Washington brings strong in-state ties that Michigan lost on its roster with the departures of Bacari Alexander and LaVall Jordan. Washington, a Lansing native, has been coaching in the state for over the last decade and has developed a reputation. John Beilein discussed Washington’s connections in a recent radio interview, noting that whenever he wanted to know what’s happening in a given recruitment he could go to Saddi and and get the lowdown at any AAU event.

On the court as a coach, Washington is known more for his poise (think LaVall Jordan) while Billy Donlon is just the opposite: all energy. Donlon’s reputation is not so much on the recruiting trail, but as a coach on the defensive side of the ball. Just 39 years old, he’s already been a head coach for 6 years at Wright State. Donlon had a top three defense in the Horizon League in five of the six seasons he coached there and had two defenses in the top 50 nationally.

Champions: Will either Davis or Teske redshirt?

I’d expect one of them to redshirt in order to provide some class balance. The problem is that I’m not quite sure who. Austin Davis’ conditioning and mobility is a work in progress while Jon Teske is just too skinny. Maybe you go with the more rugged Davis as the No. 3 big man off the bench and let Teske add muscle, or you go with the shot blocker who can provide something more unique off the bench.

MrLG: With Aubrey gone, who is the top dunker on the squad? I watched the Ibi video posted today, he could be a contender next year.

Maybe the better question is how many guys on the team can dunk? In all seriousness, this isn’t the most athletic roster. I don’t think Zak Irvin, Duncan Robinson or Muhammad-Ali Abdur-Rahkman would win many dunk contests so Ibi Watson is definitely a candidate in that regard. I guess DJ Wilson would be the other on the active roster, but this points out why adding a player like Harold Baruti to the roster could be valuable.

At some point in his career, I think he certainly has the skills to play the four, but at this point in time I’m not really sure that is best for him or Michigan. His bread-and-butter this season is going to be his ability to face up and exploit slower five men. He’s not going to do that on the wing against many players at this level yet.

This offseason for Wagner needs to be all about learning how to play as a face-up five, focusing on the ins and outs of the pick-and-roll game on offense and defense, and staying out of foul trouble. If he can do all of that and give Michigan consistent minutes at the five, the Wolverines will be a better team for it.