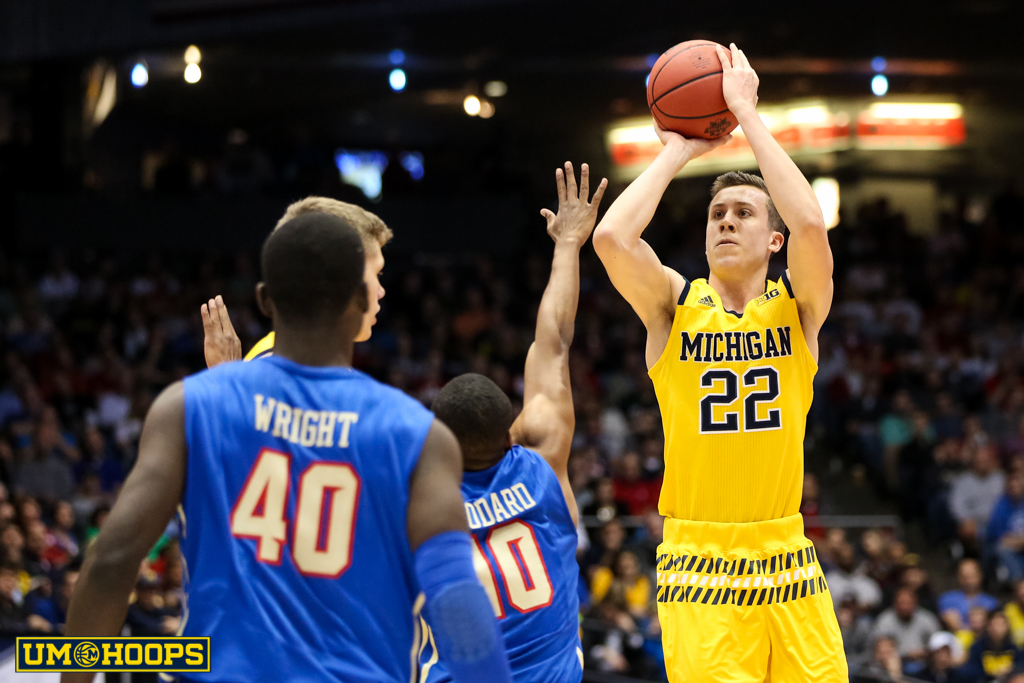 Michigan will host Virginia Tech in the Big Ten-ACC Challenge.

According to a report by Jon Rothstein, Michigan will host Virginia Tech in the Big Ten-ACC Challenge.

The Hokies went 20-15 last season with a 10-8 record in conference play and were eliminated by BYU in the second round of the NIT — their first trip to the postseason since 2011.

Virginia Tech finished last season with an RPI of 80 and a KenPom rank of 57. ESPN’s John Gasaway projects the Hokies 9th in the ACC in his early rundown of the conference.

“When the bulk of your rotation returns from a team that went 10-8 in the ACC, expectations will be high,” Gasaway wrote. “Particularly when the season in question constituted the program’s first above-.500 finish in conference play in five years. Well, believe the buzz. In his third season in Blacksburg, coach Buzz Williams at long last has what he needs to make a serious run at the NCAA tournament.”

Zach LeDay and Seth Allen return to lead the Tech offense while Ahmed Hill returns after missing last season with a knee injury.

The Wolverines will also travel to UCLA and Cincinnati and will participate in a 2K Sports Classic in New York City, an event featuring Pittsburgh, SMU and Marquette. Find a full rundown of future scheduled dates on our future schedules page.

Other Big Ten/ACC Challenge matchups include:

Earlier this month at the NBA Draft combine, John Beilein hinted that Michigan would be open to adding an additional major conference opponent to their schedule.