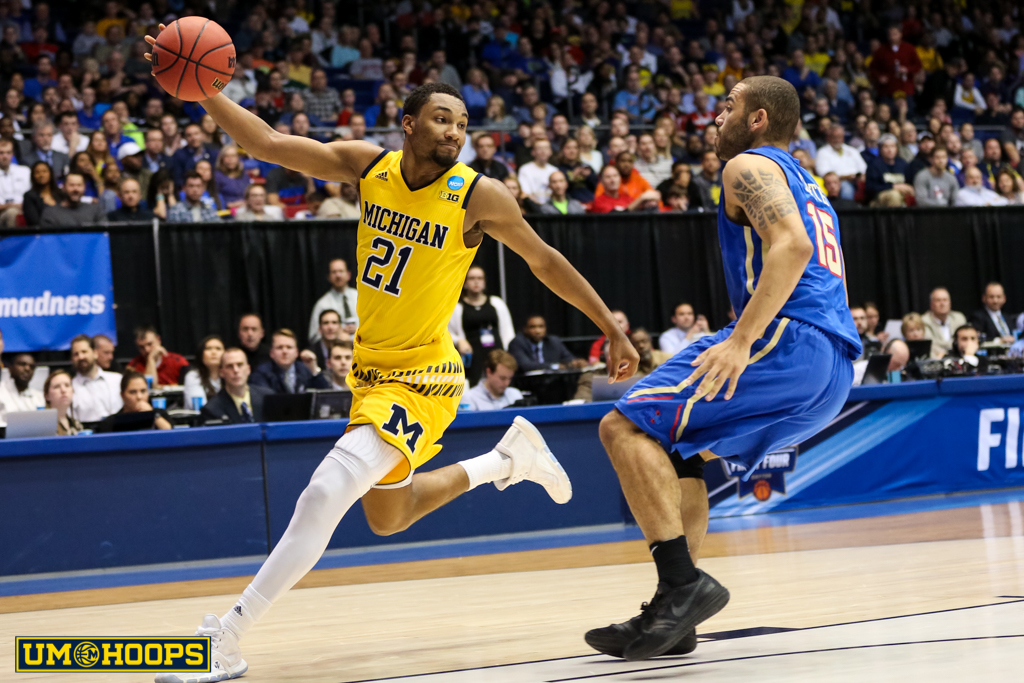 Here’s a rundown of some recommended reads across the Michigan basketball landscape.

Here’s a rundown of some recommended reads across the Michigan basketball landscape.

“We’ve won Big Ten championships and we’ve been to the Final Four — I’m not one to come here and disturb the pot,” Washington said. “There’s some success to that blueprint. Is there room for adjustments or tweaks? Perhaps. But there has certainly been a level of success following that pattern.”

Beilein continues to note that he plans to give more responsibility than ever to his new assistants.

“We may do more of that than I’ve ever done, putting more responsibilities on particular assistant coaches,” Beilein said last week at the Big Ten meetings. “Whether it’s offense, we do it a little bit on some facets of the game right now. But I know I can’t wait — we haven’t had that type of time, we’ve been recruiting — to sit and talk and find out what his ideas are, what ours are, and try to blend them.”

“That’s one of the reasons he was hired,” Beilein said of Donlon. “I’ve known him for years. When we played (UNC) Wilmington, he was playing there, their defense was just so good, consistent every day. And then I’ve watched him ever since then and see this great defense. Anybody who can hold Oakland to what they did, it’s really tough. … (Oakland) scored a lot on Michigan State. So he’s a premier defensive talent.”

John Gasaway took an early look at next year’s Big Ten race and tabbed Michigan in the No. 5 spot.

Consider the analytic challenge posed by Michigan. Strictly speaking, this is an NCAA tournament team that returns all five starters: Zak Irvin, Derrick Walton, Duncan Robinson, Muhammad-Ali Abdur-Rahkman andMark Donnal. Then again, this is also a defense that allowed conference opponents to convert a whopping 56 percent of their 2-point attempts in 2015-16.

Coach John Beilein’s veteran rotation is unlikely to magically transform into Virginia on defense in the span of just one offseason, of course, but there may be disproportionately rich rewards to be earned if the Wolverines’ interior D can simply approximate the league average. For starters, Robinson is possibly the first 45 percent 3-point shooter I’ve ever seen who makes me feel like that level of accuracy represents not a fluke but merely his floor.

Transfers were a hot topic at the Big Ten meetings in Chicago and John Beilein sounded off on the issue:

“We all feel very strongly that there’s issues with the transfers and we’re all trying to find (a solution),” he said Tuesday at the Big Ten conference offices. “Every situation’s unique, and we’re … saying the solutions are varied, but let’s keep putting ideas out there to make us better. It’s everywhere in men’s basketball. You couple that with NBA attrition, and sometimes it’s hard for coaches to build programs because they’re patching tires.”

EM: Which schools show interest that haven’t yet offered:

EM: Can you tell us a little about the Michigan interest? Is it preliminary and which if any coaches have you talked with?

ZD: The coach I talked to from Michigan was Coach Saddi Washington. They have very high interest. When I was talked about and placed on their board, everyone was very enthused.

Potential late add Harold Baruti never received an offer from Michigan and jumped on the chance to attend Utah.

Further expansion doesn’t appear to be in the immediate plans of the Big Ten:

Athletic directors gathered at the Big Ten headquarters for meetings this week said the topic has not been discussed.

It’s a sharp contrast from the Big 12, where presidents are considering expansion from 10 teams. The league is mulling whether adding two more members, splitting into divisions and playing a football championship game will increase its revenue and chances of participating in the College Football Playoff.

“We have other things that we’re focused on,” Nebraska AD Shawn Eichorst said. “The stability is terrific, that’s for sure.”

Inside the Hall examines breakout candidates for every Big Ten school including Moritz Wagner:

Michigan – Moritz Wagner: The German big man showed flashes of his potential as a freshman, but never really put things together consistently enough to carve out a significant role for the Wolverines. That should change as a sophomore. Wagner made over 70 percent of his 2s last season and with Ricky Doyle and Kameron Chatman transferring, he’ll be a key piece for the Wolverines.