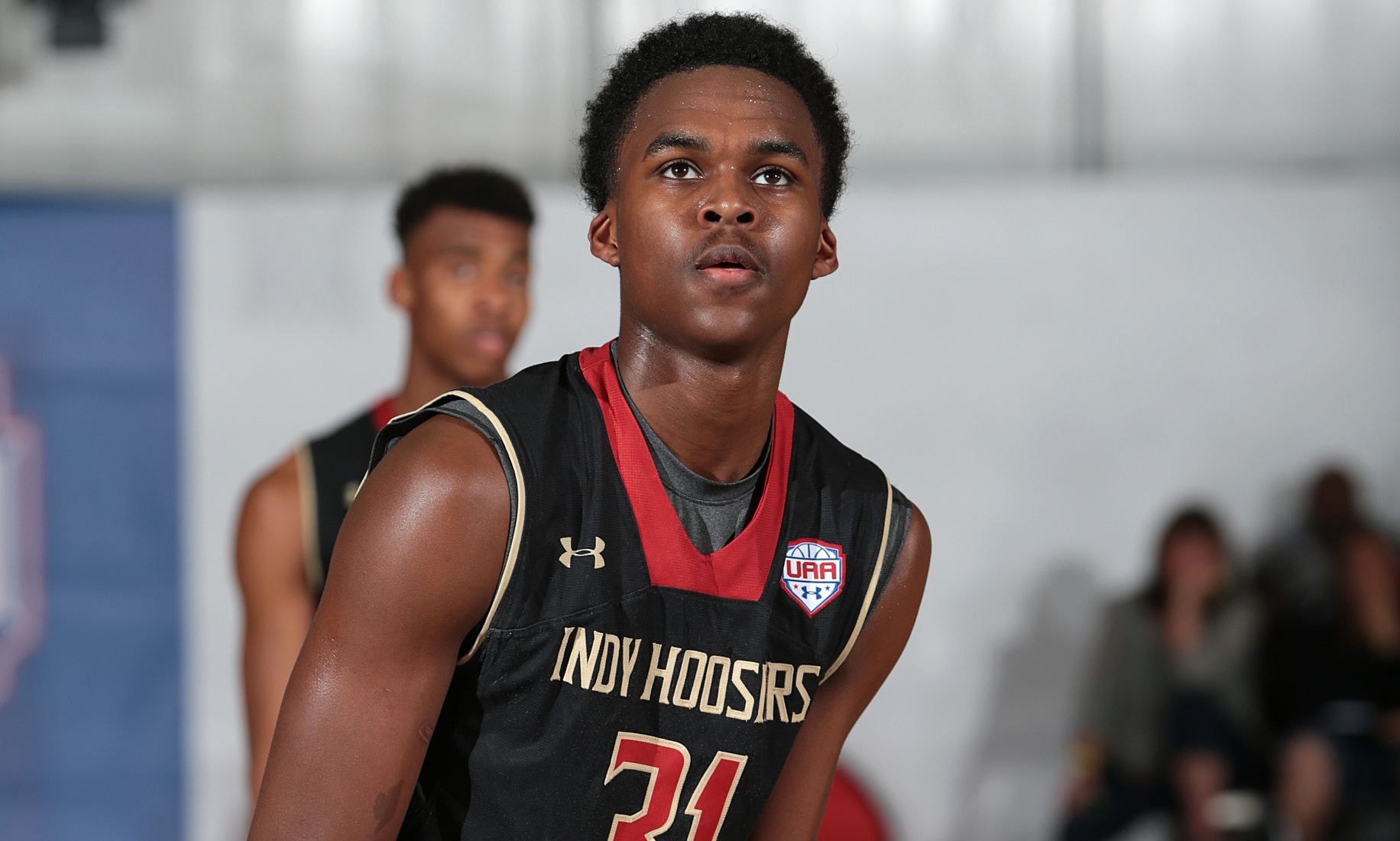 Michigan will host a five-star visitor next week and is showing new interest in one of the best shooters on the Nike EYBL circuit.

Five-star wing guard Kris Wilkes will take an unofficial visit to Michigan on June 12th, according to a report by 247 Sports.

“I really like Coach Beilein,” Wilkes told 247. “I’m hoping to get to know him better when I come up, and the experience will give me a better idea of what Michigan is all about.”

Wilkes, the No. 15 ranked prospect in the class of 2017, would be one of Michigan’s highest profile visitors in the class and a likely recipient of a scholarship offer.

Wilkes also holds offers from Indiana, Michigan State, Xavier, Illinois and a host of other suitors.

Michigan is one of the latest schools to show interest in Brad Davison, a 6-foot-3 combo guard from Minnesota. Duke, Butler, Cal and Northwestern have also reached out to the combo guard recently.

Brad Davison continues to his rise this spring. Makes all the right reads and passes, tough change of gear dribble with a major jumper

Davison is one of the best shooters on the EYBL circuit, making 37-of-85 three-point attempts through four weekends and averaging 17 points per game for Howard Pulley.

Here are highlights of Davison scoring 37 points in an EYBL game earlier this spring.

Wisconsin’s 247 Sports affiliate breaks down Davison’s game in relation to the Badgers, who have been evaluating him this spring.

Is Davison’s upside still limited? Sure. He’s not very long, he’s got a stocky build, and he doesn’t elevate very well. But it’s always been the things you can’t measure that Davison brings to the table. His toughness, heart, competitiveness, and IQ are all off the charts. The things he can control, Davison has excelled in.

The fourth session of the Nike EYBL wrapped up over the weekend and Michigan commitments and targets were in action.

Michigan commit Jordan Poole wrapped up Nike EYBL play averaging 10.8 points per game while shooting 27% from three-point range. He struggled at times to adjust to playing with a new AAU team, the Mac Irvin Fire, but bounced back in May.

Four man Kyle Young mentioned a recent in-home with Michigan in an interview with Endless Motor and Scout.com listed Michigan as one of three teams that could keep Young away from his recent in-state offer from Ohio State.

Young is a true inside-outside threat who does almost all of his work around the basket or outside the three-point line. He averaged 17 points and 9 rebounds per game for King James, shooting 35% from three-point range and 56% inside the arc.

Jamal Cain finished his first season on the Nike EYBL averaging 13 points and five rebounds per game. The 6-foot-7, 175 wing also made 37% of his three-point attempts despite a slow start early on.