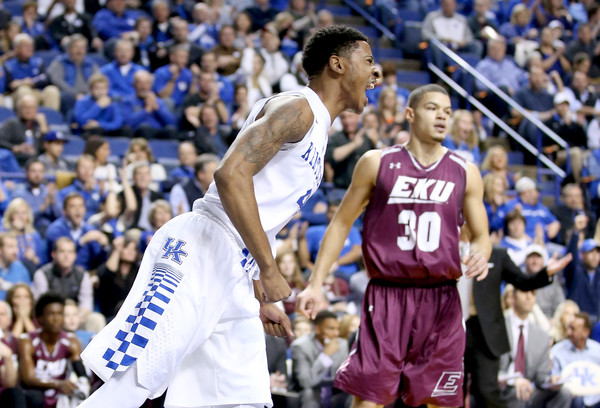 According to a report by CBS Sports, Kentucky transfer Charles Matthews will visit Michigan next weekend.

The 6-foot-6 wing guard will also visit Xavier, reportedly on June 16th and 17th. The Wolverines and Musketeers are regarded as a primary options for his services.

Matthews will have to sit out next season due to NCAA transfer rules, but will have three years of eligibility remaining starting in 2017-18.

Matthews is a former top-60 recruit from St. Rita High School in Chicago. He played limited minutes for Kentucky as a freshman, but was widely regarded as a plus-athlete and defender.

“I know Charles’ best basketball is ahead of him,” Calipari said. “And while I’m saddened to see him go, I support his decision and will help in any way I can.”