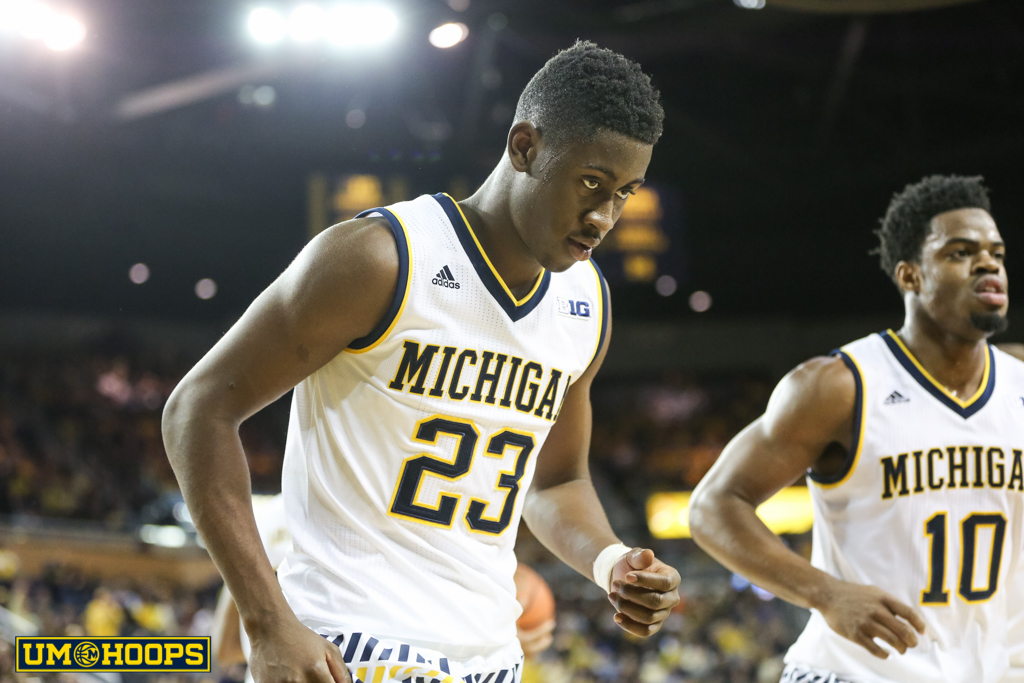 With the NBA Draft just under a week away (June 23rd, ESPN), projecting Caris LeVert’s future hasn’t gotten any easier.

With the NBA Draft just under a week away (June 23rd, ESPN), projecting Caris LeVert’s future hasn’t gotten any easier.

LeVert still hasn’t worked out for NBA teams as he recovers from a surgical procedure on his foot and it remains unclear if he’ll be selected on Thursday.

“I think LeVert would have been a mid to late first round pick had he stayed healthy all year at Michigan,” ESPN’s NBA Draft Insider Chad Ford said on a Friday afternoon conference call. “He brings a lot to the table. He’s a young senior, he’s very versatile, he shoots the ball, he passes the ball, he’s got a wing span that allows him to defend multiple positions.”

Michigan fans need no explanation of LeVert’s talent, but injuring his foot in three consecutive seasons will have NBA franchises questioning the investment.

“There’s a lot of attractiveness there and the concern, and it’s a big concern, is obviously the medicals,” Ford said. “He’s not able to work out and there’s concern in the medicals that were taken in Chicago about some of the process of him getting back.”

Last week in an interview in Utah, LeVert said he was hoping to get out of his boot this week.

“I’m going to be out my boot like next week,” LeVert said on June 8th. “From there, progressing into on court activity. Yeah it’s a little frustrating, but like I said it’s almost done so I’m focused on what I can control.

“Not a set (schedule), I’m doing physical therapy right now every day. It’s sort of a feel thing, my x-rays and things look clean right now. We’re not trying to rush back into things, just trying to take it slow.”

“Teams just get gun shy when you are talking about giving guaranteed deals to guys that might not be healthy in a critical first year. LeVert missed a huge chunk of his senior year and his junior year and those are the concerns that probably mean that he slides into the second round in the 30s or early 40s and teams can be a lot more flexible with him.”

LeVert said the Utah Jazz were the 8th team that he had visited with and he was planning on one or two more meetings. He pointed to his track record in college as evidence of what he can do on the floor.

“I was fortunate enough to play for four years in college so teams are pretty familiar with my game,” LeVert said. “Those aren’t really the questions that I’m getting asked, it’s a lot about my foot and what type of person I’m off the court.”

Recent mock drafts match those projections. Draft Express has LeVert projected at No. 48 to the Chicago Bulls, NBA Draft.net and Sports Illustrated peg LeVert at No. 30 to the Warriors while CBS Sports slots him at No. 46.

MLive’s Brendan Quinn surveyed a number of NBA scouts that didn’t sound too high on LeVert.

The word on Caris LeVert from inside one Eastern Conference team: "It’s hard to build a consensus on him. … Will someone take a chance?"

“I actually think LeVert has a great chance as a player, if he can get healthy, of being a valuable contributor,” Ford said. “He fits the trend that NBA teams are really looking for in a guy that can handle, pass, shoot and play multiple positions.

“If you watch what the Warriors are doing, and every team in the league wants to replicate that to a certain extent, they want to put four players on the floor that can handle, pass and do all of the things that typically you’d ask a point guard to do and I think LeVert has a chance to do that.”