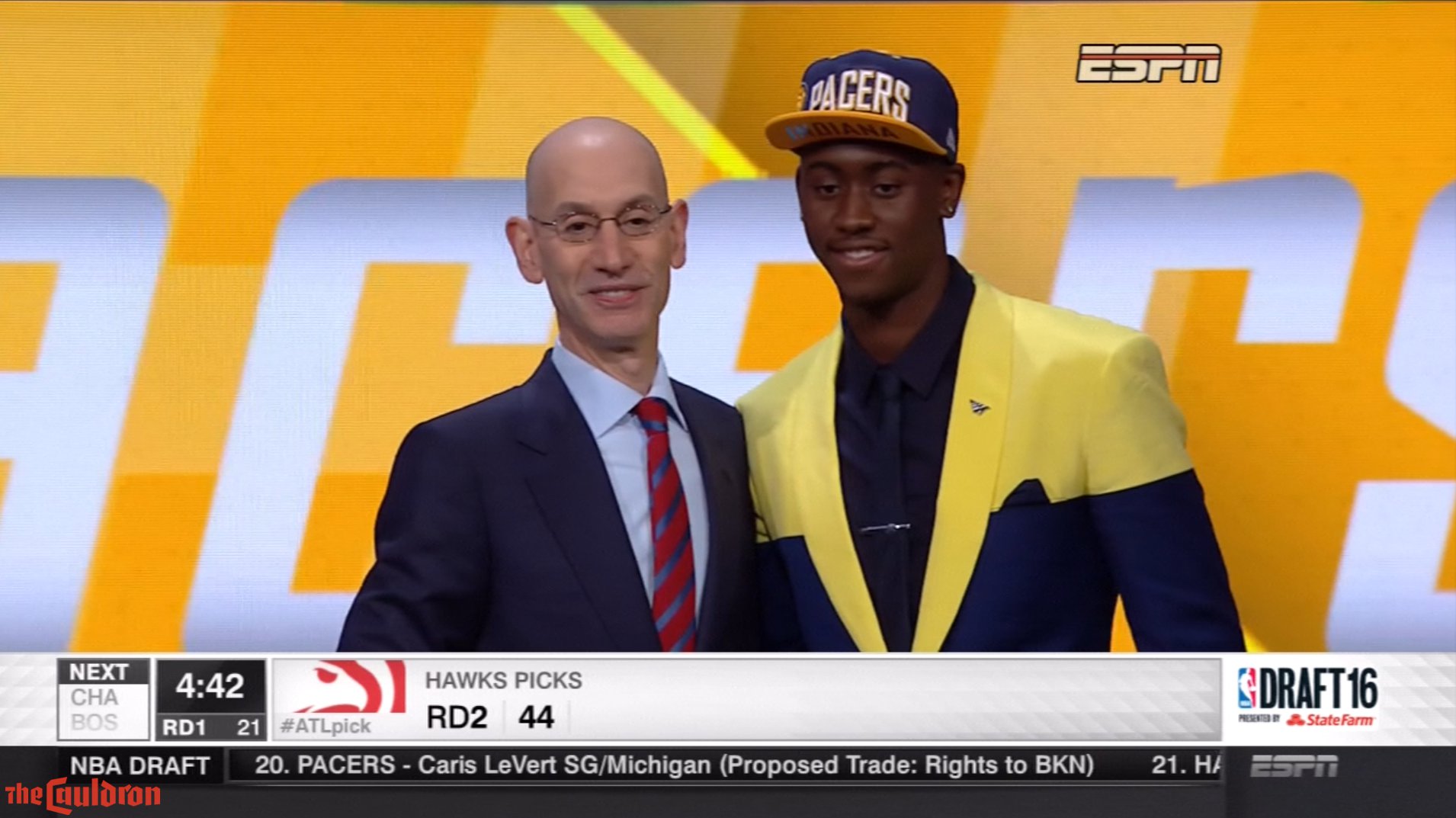 The Brooklyn Nets selected Caris LeVert with the No. 20 pick in the 2016 NBA Draft.

The Brooklyn Nets selected Caris LeVert with the No. 20 pick in the 2016 NBA Draft.

LeVert averaged 16.5 points, 5.3 rebounds and 4.9 assists per game as a senior for the Wolverines. He saw his season cut short by injury for the second consecutive year after he suffered a Jones fracture in his foot during Michigan’s Big Ten opener at Illinois.

The Nets’ team doctor was the doctor that performed LeVert’s surgery this spring.

LeVert is the fourth member of his recruiting class to be selected in the NBA Draft, joining Nik Stauskas, Mitch McGary and Glenn Robinson III in the NBA. The 6-foot-6 senior is also Michigan’s fifth first round pick since 2013 along with Stauskas (8), McGary (21), Trey Burke (9) and Tim Hardaway Jr. (24).