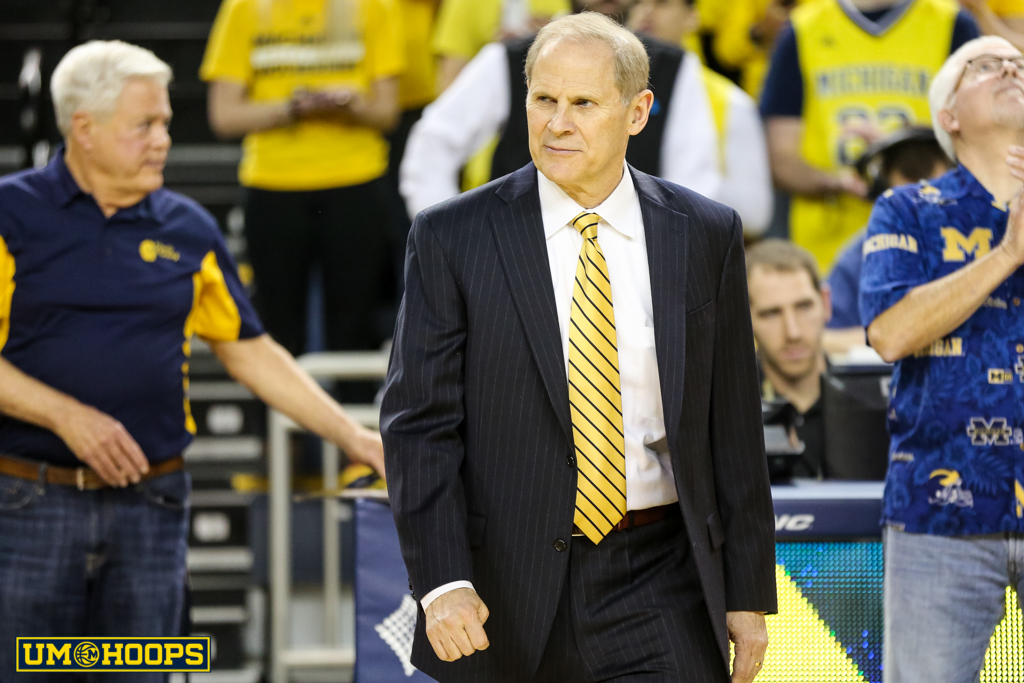 The July evaluation period wrapped up over the weekend as college coaches across the country descended upon several tournaments in Las Vegas and Orlando. Here’s a roundup of updates from the recruiting trail last week.

The July evaluation period wrapped up over the weekend as college coaches across the country descended upon several tournaments in Las Vegas and Orlando. Here’s a roundup of updates from the recruiting trail last week.

We’ve also updated our class of 2017 and class of 2018 recruiting lists and profiles. We’ll be working to do a better job of keeping them updated and have also added highlight videos, composite rankings and more.

It’s becoming clear that Michigan isn’t going to wait on all of its offered combo forwards to make a decision without pursuing additional options.

So while Kyle Young, Jamal Cain, Kris Wilkes, Brian Bowen and Jaren Jackson all have scholarship offers to play the three or four at Michigan, the Wolverine staff watched plenty of prospects in the next tier who could receive offers soon.

Michigan coaches spent significant time tracking Isaiah Livers, Justin Smith and Donnie Tillman throughout the final weekend of the evaluation period. Wolverine head coach John Beilein was spotting watching all three prospects at least once and his assistant coaches were on hand as well.

Livers is on record expecting a Michigan offer in August and the Kalamazoo Central forward also added an offer from Michigan State over the weekend. He’s seen a surge in 247 Sports’ Crystal Ball projections for the Spartans, and it will be interesting to see how quickly his recruitment progresses over the next few weeks.

Smith has elevated his game over the last few weeks on the July circuit and coaches have taken notice. The Sun Times named him as one of the top summer performers from the state of Illinois.

Maybe it’s not so much the highly-athletic 6-7 Smith raised his stock –– he was already a top 100 player nationally and had his choice of high-major offers before July rolled around –– but he certainly played well enough to solidify his status and open more eyes. Don’t be surprised if he inches his way up a few spots in those national rankings after his play this July.

The slow, steady, positive progress Smith has showed since January (which the Hoops Report highlighted last week in THIS STORY) was seen by those that matter most throughout July. Maybe now a few more will zero in on what Smith brings to table at a high level rather focusing on the blemishes. Smith is the best senior prospect in the Chicago area heading into the 2016-2017 season and arguably the Class of 2017’s No. 2 prospect in the state.

Beilein watched Smith several times out in Vegas and some of the primary competitors in his recruitment appear to be Indiana, Stanford and Villanova. He’s expected on campus again in August and an offer could be forthcoming.

Tillman is a prospect who hasn’t received quite as much attention from Michigan this summer, but it appears to be heating up with Beilein and assistants checking in on him throughout the week in Las Vegas.

Michigan ratcheted up its focus on several class of 2018 targets as the July evaluation period came to a close.

The Wolverines were paying close attention to 2018 guard Cormac Ryan, who started to blow up on the national radar with a big performance in Orlando.

In the quarterfinals Ryan had 31 points, made five three-pointers and dunked on a kid. In a four-overtime semifinal win over Baltimore United Black, Ryan made key defensive plays, had a clutch finish at the rim through traffic to force double overtime, knocked down two free throws late in the third overtime and finished with 27 points.

Ryan has gone from “who is that guy” to a four-star prospect who will crack the 2018 rankings in Orlando this week.

Following the free throws in the third overtime, Ryan’s knee band came loose as he ran back on defense. When he tossed it out of bounds one high major assistant coach almost dove on it like a garter belt at a wedding.

Ryan will visit Michigan in August for College Practice Camp and an offer could follow shortly after.

A new name on the class of 2018 radar is Jerome Hunter, a 6-foot-5 wing from Pickerington North in Ohio. John Beilein watched Hunter a couple times in Las Vegas and the talented wing caught the eye of several national scouts. Hunter already has early offers from Xavier and Dayton.

Like what I'm seeing from 2018 forward Jerome Hunter. Active & plays with energy. Has shown some versatility on offense.

The Wolverines are also tracking Jamal Bienemy, a versatile forward from Texas.

In speaking with Bieniemy’s father, Troy, there are three programs that have been a bit more vocal compared to others with the intriguing talent. “UCLA, Oklahoma State, and Michigan probably speak with us the most,” he stated. While no offers have been given just yet from the trio of schools, that should all change as the junior guard continues to work on his game and prove the doubters wrong about what he is capable of doing on the basketball playing floor.